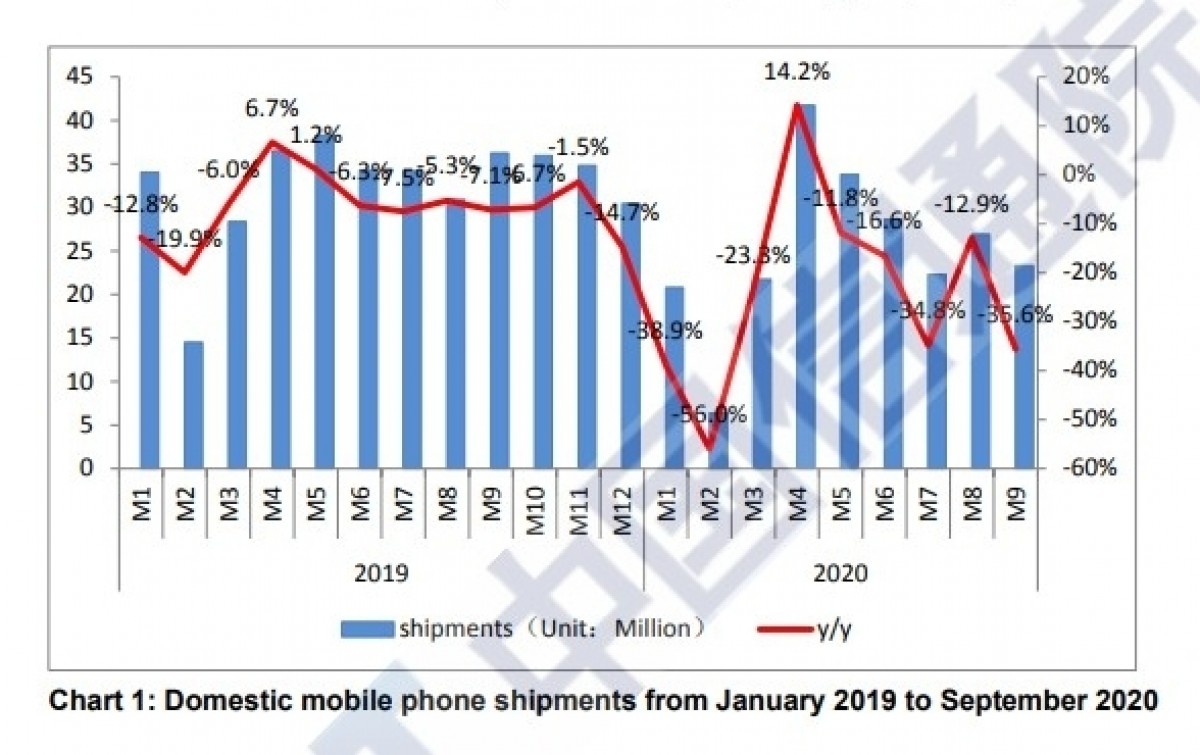 
The 5G development in China has reached a new milestone in September. Companies managed to ship 107.7 million 5G phones in the first 9 months of 2020 despite the pandemic and the economic situation. This amouns to 47.5% of all phone shipments (225.6 million).

The report by the Chinese Academy of Information and Communications Technology revealed that 92.4% of all September shipments in China were by local companies, while the market share was 91.3% for the YTD (year-to-date basis) period. Number-wise, last month makers shipped 23.3 million phones, 22M of them being smartphones, and 14M of them with 5G connectivity.

Looking at the bigger picture, the shipments in the first nine months were 21% lower than the same period last year. Every month, from January to September, saw a decline in the local scene, with the most severe drop being in February when practically the whole country was under lockdown and businesses were shut.