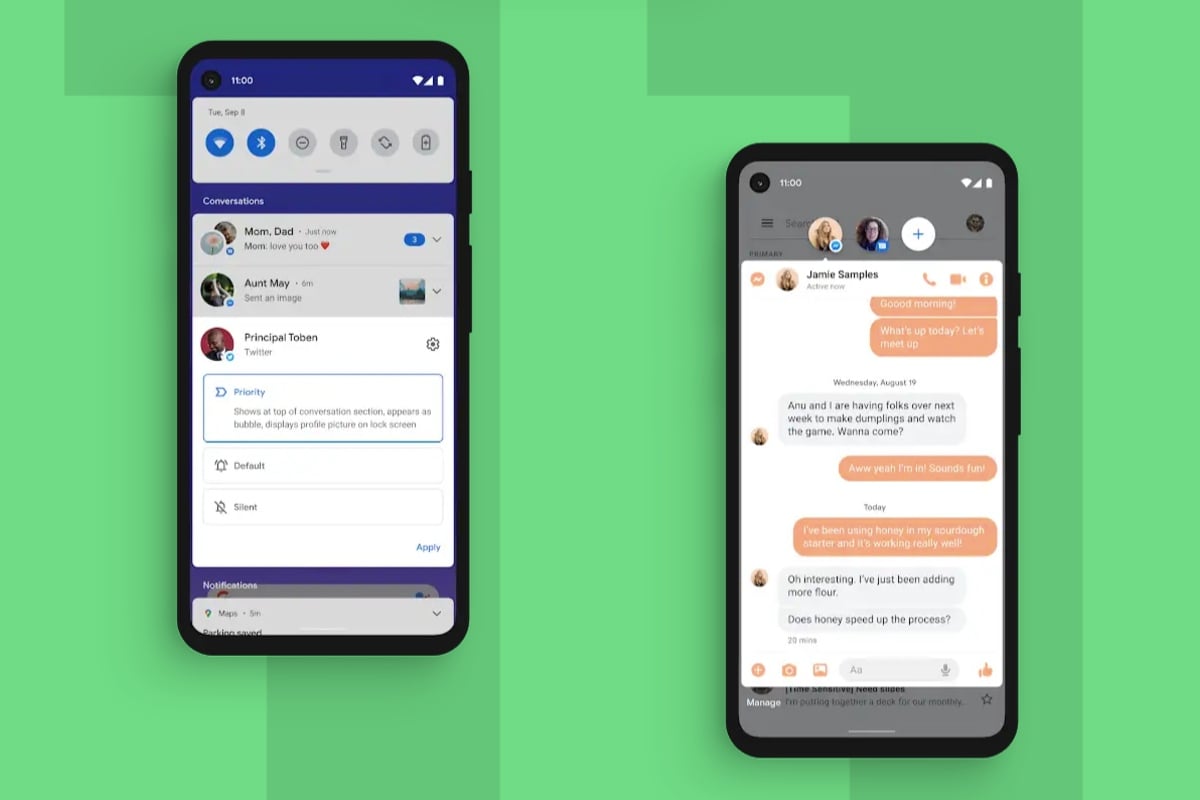 Android 11 Now Out: Everything You Need to Know


Android 11 is here. The new Android version isn’t meant to provide an overhaul of the operating system but to provide “easier ways to help you manage your conversations, connected devices, privacy, and much more”. One of the major additions that Android 11 brings to your phone over Android 10 is a dedicated space for conversations. However, the latest Android version also adds new privacy-focussed changes. Google has released Android 11 for Pixel 2 and later models. But if you don’t own a Pixel phone, Android 11 is coming to select OnePlus, Oppo, Realme, and Xiaomi phones.

If you have a Pixel 2 or later Pixel phone, Google will provide you with a notification for downloading Android 11 over-the-air. You can alternatively check for the update by going through Settings > System > System updates. Google has also published the Android 11 OTA update files for all the compatible Pixel phones that you can sideload manually after downloading them onto your handset. Furthermore, Android 11 factory images are available to let you flash the new operating system onto your Pixel phone. Flashing the new update will erase all your existing data, though.

The list of eligible devices for Android 11 initially includes the Google Pixel 2, Pixel 2 XL, Pixel 3, Pixel 3 XL, Pixel 4, Pixel 4 XL, and Pixel 4a. However, OnePlus has confirmed that the OnePlus 8 and OnePlus 8 Pro will also get Android 11 update through an open beta of OxygenOS 11 in North America, Europe, and India. Oppo is bringing the Android 11 open beta for the Oppo Find X2 and Oppo Reno 3 series initially. Similarly, Realme has announced Android 11 Preview release for the Realme X50 Pro. Xiaomi is also bringing Android 11 to the Mi 10 and Mi 10 Pro.

Google expects that apart from OnePlus, Oppo, Realme, and Xiaomi, other handset manufacturers would bring Android 11 to their phones “over the coming months.”

Android 11 is designed to emphasise at what’s important on your phone and how easily you can manage that. Thus, instead of offering a series of interface-level changes, the new operating system brings a list of new features to make it easier for you to manage different things on your phone.

Conversations
The first noticeable change that Android 11 brings to your phone is the dedicated space for all your text and instant messages that is available in the notifications section. It is called Conversations. The new addition makes it easier for you to view any of the important conversations at a glance. You can also prioritise conversations that you don’t want to miss. Further, an option to mute notifications for certain conversations is available to stay focussed at your work and don’t get distracted by usual messages.

Bubbles
After Conversations, the second big change that comes through Android 11 is Bubbles. It works just like how Chat Heads work on Facebook Messenger and lets you take a look at your important conversations without leaving the work you’re doing on your phone.

Built-in screen recording
If you’re a Pixel phone user, you might have installed a third-party app for screen recording as Google didn’t offer that support by default up until now. It was, however, there on various handsets running a manufacturer UI such as Zen UI or MIUI. But with Android 11, screen recording is available as a standard feature to let you capture and share your screen. You can also enable recording with sound from your microphone, device, or both – all without using a third-party app.

Updated power menu
Google has also updated the power menu on Android 11 with the ability to let you access all your smart home devices by long pressing the power button.

Exclusive features for Pixel phones
Alongside the features that are coming to all devices, Android 11 has some features that are limited to Pixel phones. These include Live View with Location Sharing in Google Maps to let you easily find your loved ones at a place, Smart Reply on keyboard to get suggestions for your conversations, and recommended apps to use at different times of the day. Android 11 also brings a screenshot experience on Pixel phones that reminds us of how screenshots are available on iOS. Moreover, Android 11 suggests folder names by theme like Photography, News, Navigation, and Fitness. This again seems quite familiar for iOS users.