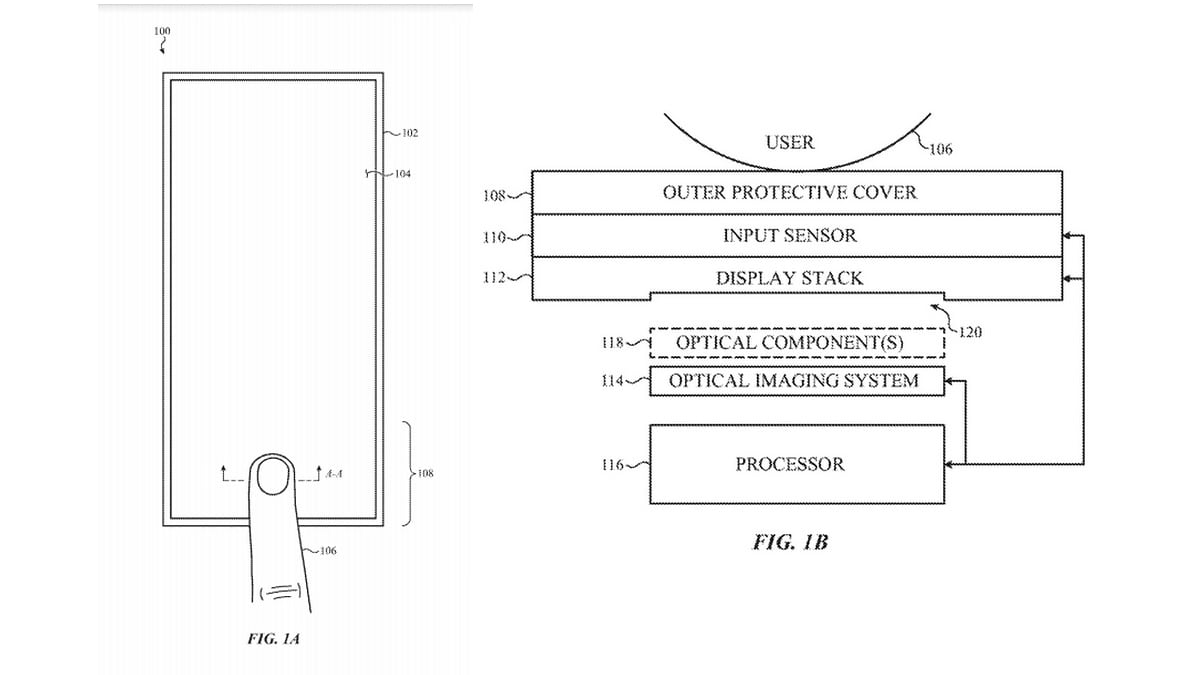 Apple Could Be Working on In-Display Infrared Fingerprint Scanner


Apple has been granted a patent for an image sensor housed under the screen by the US Patent and Trademark Office. The patent that was filed in October 2018 suggests that the company could be planning to add an in-display fingerprint scanning technology in its future offerings. In the past, Apple used a physical fingerprint scanner called Touch ID and then moved to Face ID with its iPhone X series. As per the patent, the input sensor will be placed between the ‘outer protective cover’ and the ‘display stack.’

The patent filed by Apple with the US Patent and Trademark Office with patent number 10,824,837 B2 back in October 2018 has now been granted. It includes plans for an “optical imaging sensor” that is “positioned at least partially behind a display and is configured to emit shortwave infrared light.”

It should be noted that patents usually indicate avenues that a company may be exploring. It’s not necessary that a patented research will always translate into mass production. Apple’s patent suggests that it plans on introducing an in-display fingerprint scanner with a device, however, it is currently unclear whether it could be for the next generation iPhone and iPad models, if at all.

Apple’s patent includes a protective outer cover that will be the interface surface, a display positioned adjacent the protective outer cover, and an optical imaging system that comprises a light emitting element that produces shortwave infrared light. This is essentially how an in-display fingerprint scanner works as the light reflected back from the finger is used to construct a unique image or fingerprint. Another method of in-display fingerprint authentication is ‘ultrasonic,’ that involves sending ultrasonic pulse to detect the ridges and valleys of a fingerprint. It is present in the Samsung Galaxy S20 series of phones.

In the past, Apple has steered clear of in-display fingerprint scanning. After its Touch ID system, that was last seen on iPhone SE (2020), it switched to Face ID starting with the iPhone X series. Apple has also decided to stick with Face ID for its latest iPhone 12 series, but decided to go with Touch ID for its new iPad Air.