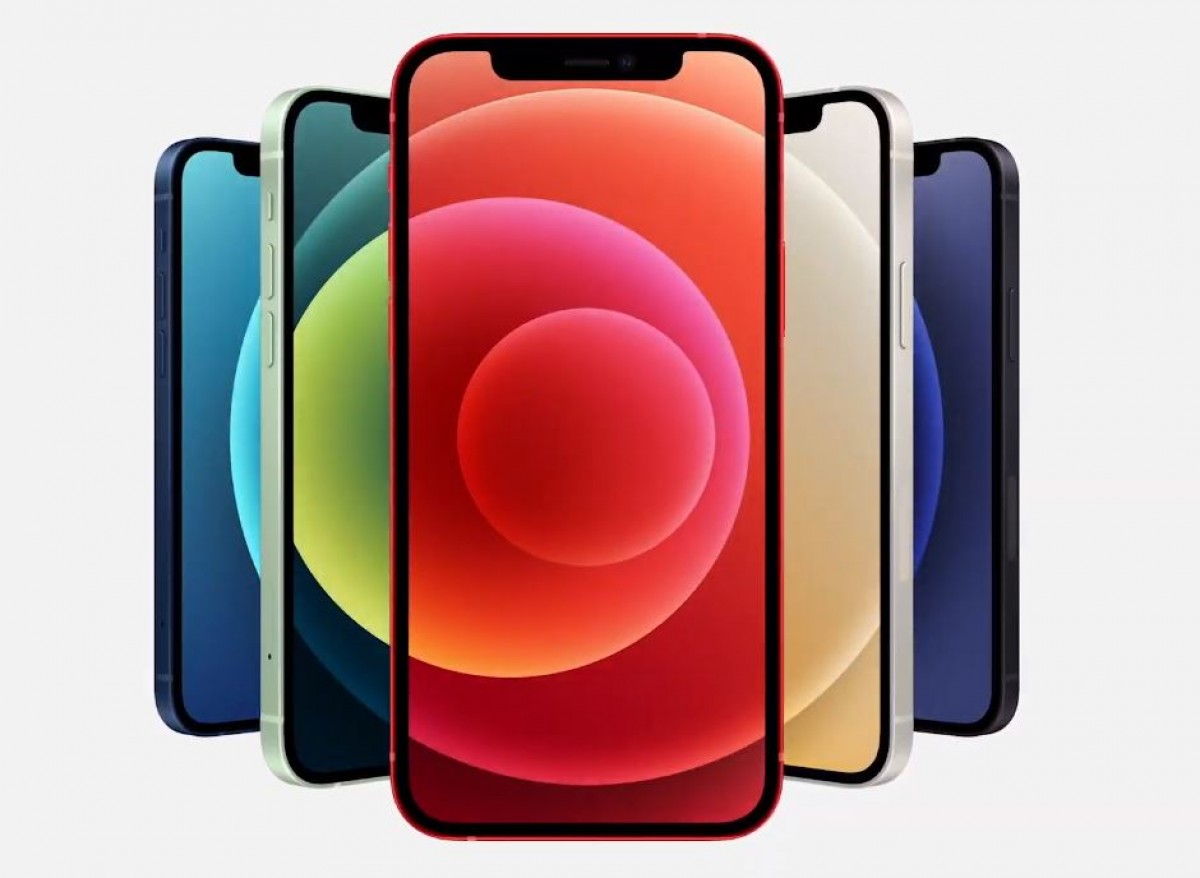 Apple iPhone 12 and 12 mini are official with OLED displays, 5G


Apple opened its iPhone announcements for 2020 with the iPhone 12 and iPhone 12 mini, bringing the more affordable line some of the premium features usually reserved for the Pro line.

The iPhone 12, it replaces its predecessor’s IPS LCD with a Super XDR OLED display of the same 6.1-inch diagonal and a much higher 2532x1170px resolution (460 pixels per inch). Apple advertises 1200 nits of peak brightness, matching the Pro models.

The screen has a standard refresh rate of 60Hz and the same old notch. What has improved is the glass covering the display. Apple calls it Ceramic Shield and it was co-developed with Gorilla Glass maker Corning.

Apple says that Ceramic Shield glass is “4 times better drop performance” and is “tougher than any smartphone glass”.

5G was a huge part of Apple’s presentation. The iPhone 12 supports mmWave in the US as well as the more widely spread (but slower) sub-6GHz 5G. Apple has tested speeds across 100 carriers and says it can achieve 3.5Gbps in controlled environments and up to 4Gbps in ideal conditions.

Apple went with a more refined and thinner design for the iPhone 12. The phone is 11% thinner, 16% lighter and 15% smaller in volume than the iPhone 11.

Like the iPhone 11, the iPhone 12 comes in a variety of colors – a new Blue, Green, Product Red, White and Black.

As expected Apple’s A14 Bionic powers the iPhone 12. It has a six-core (two powerful and four efficient cores) CPU and quad-core GPU and brings the total transistors to 11.8 billion, or about 40% more than the A13 Bionic, powering last year’s iPhones. Apple claims the A14 Bionic is 50% faster in both CPU and GPU than any other smartphone chipset.

The A14 Bionic can deliver 80% faster machine learning than the A13 Bionic with a reported support for 11 trillion operations per second – which would enable faster performance from Face unlock to camera operation. 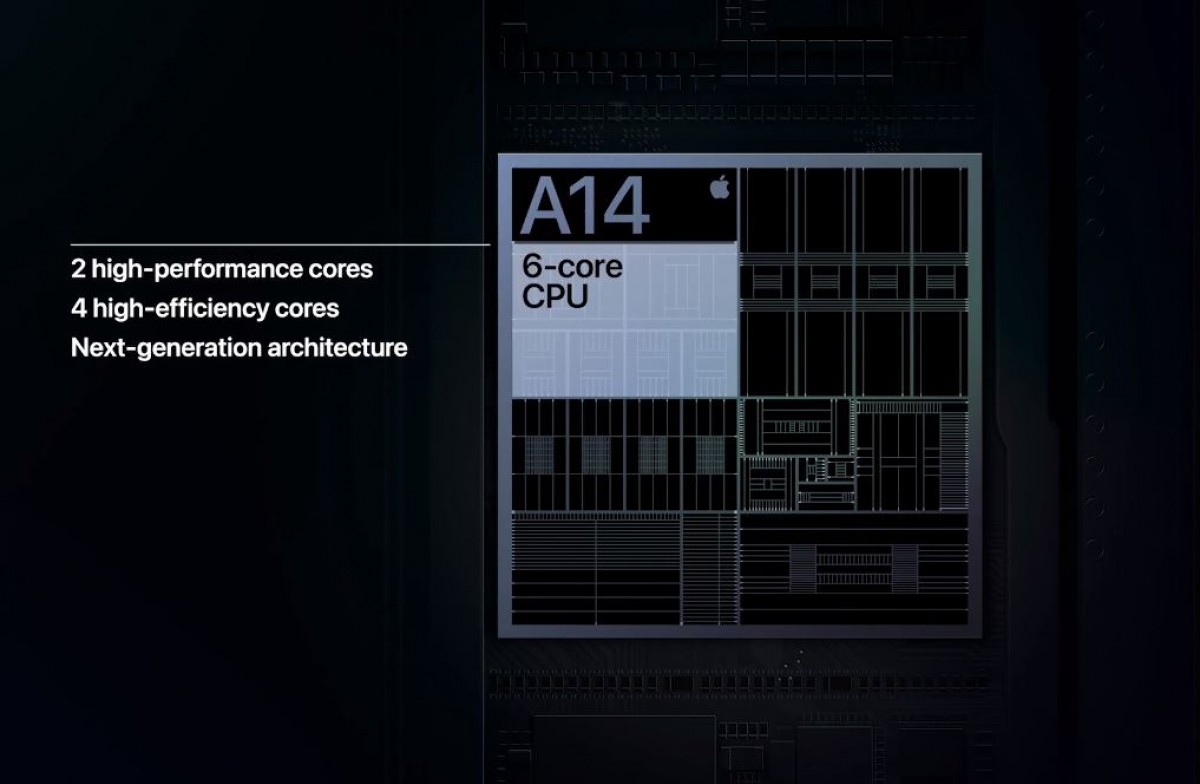 Both rear cameras as well as the selfie camera are now capable of shooting Night Mode images. 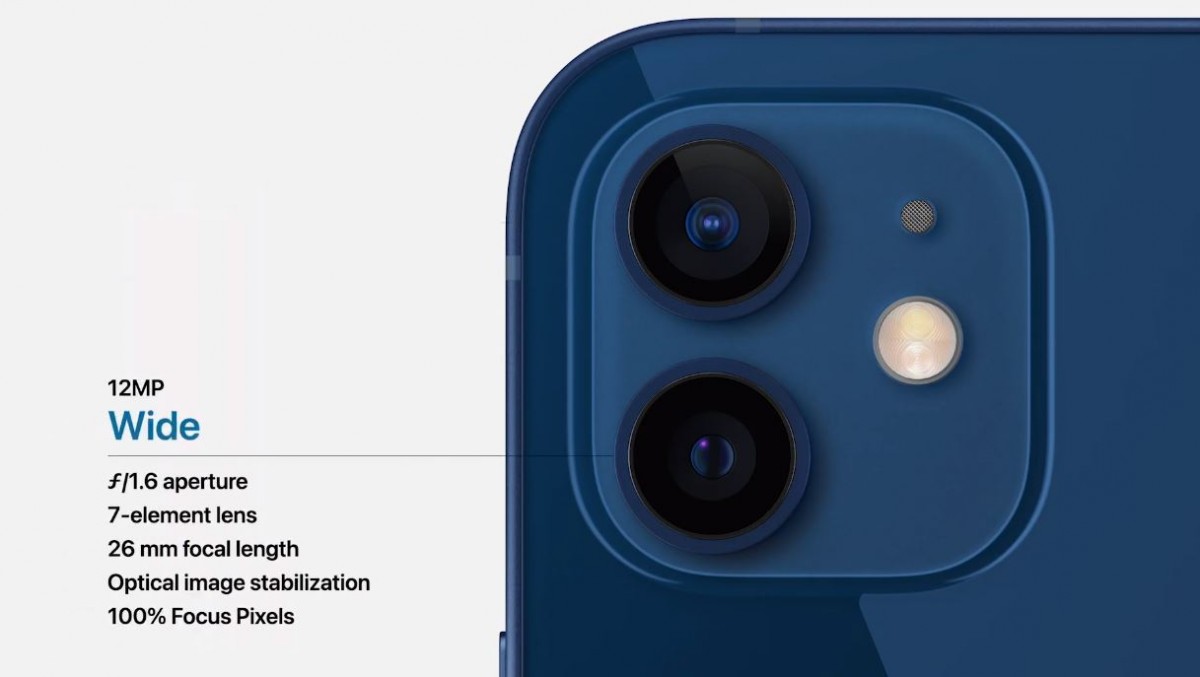 As expected Apple has removed the Earpods and charger from the iPhone retail package, which has enabled a tiny retail box and a much-improved carbon footprint. What’s new this year is the return of MagSafe (yes, the name of the old MacBook charging connector), which enables Apple’s special new wireless charger to snap onto the rear of the iPhone 12 and deliver up to 15W wireless charging. Regular Qi wireless chargers go up to 7.5W, while wired charging maxes out at 20W if you purchase the required adapter. 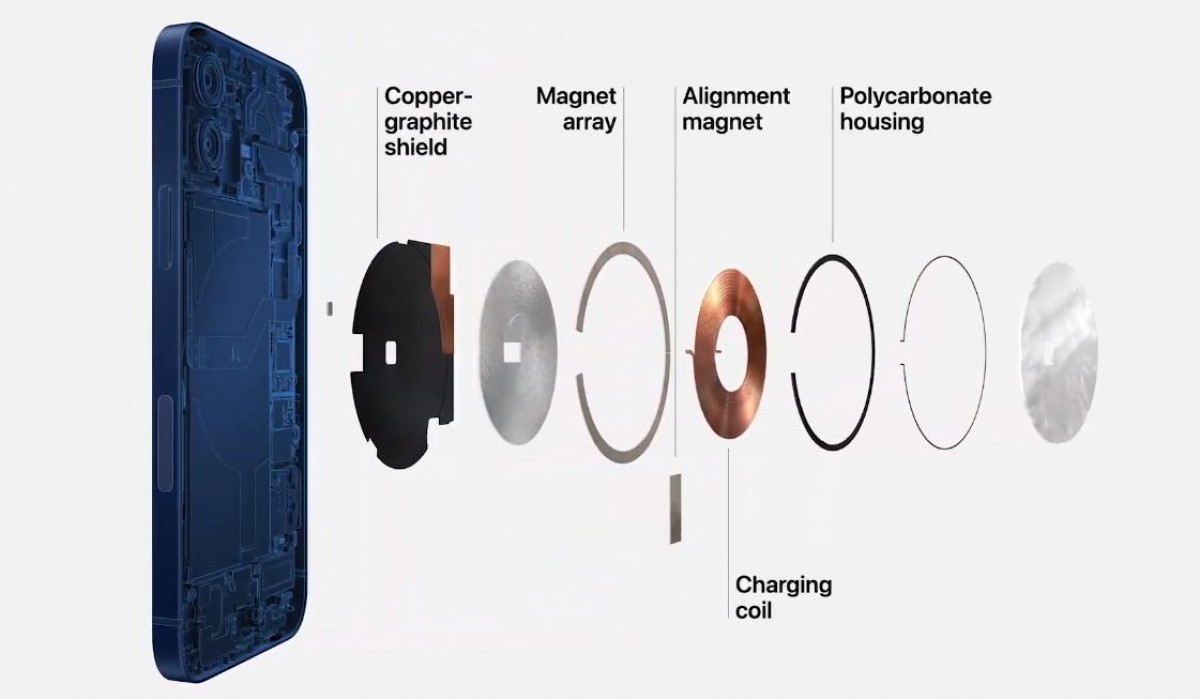 Pre-orders for the iPhone 12 will open on October 16 with shipments beginning on October 23, starting at $799.

Apple also unveiled what may very well prove to be the star of the show – the iPhone 12 mini. Owning up to its diminutive name, the iPhone 12 mini is smaller than the 4.7-inch iPhone SE (2020), while featuring a larger 5.4-inch 2340x1080px Super XDR OLED screen with 476 ppi and the same up to 1200 nits of brightness as the rest of the lineup. 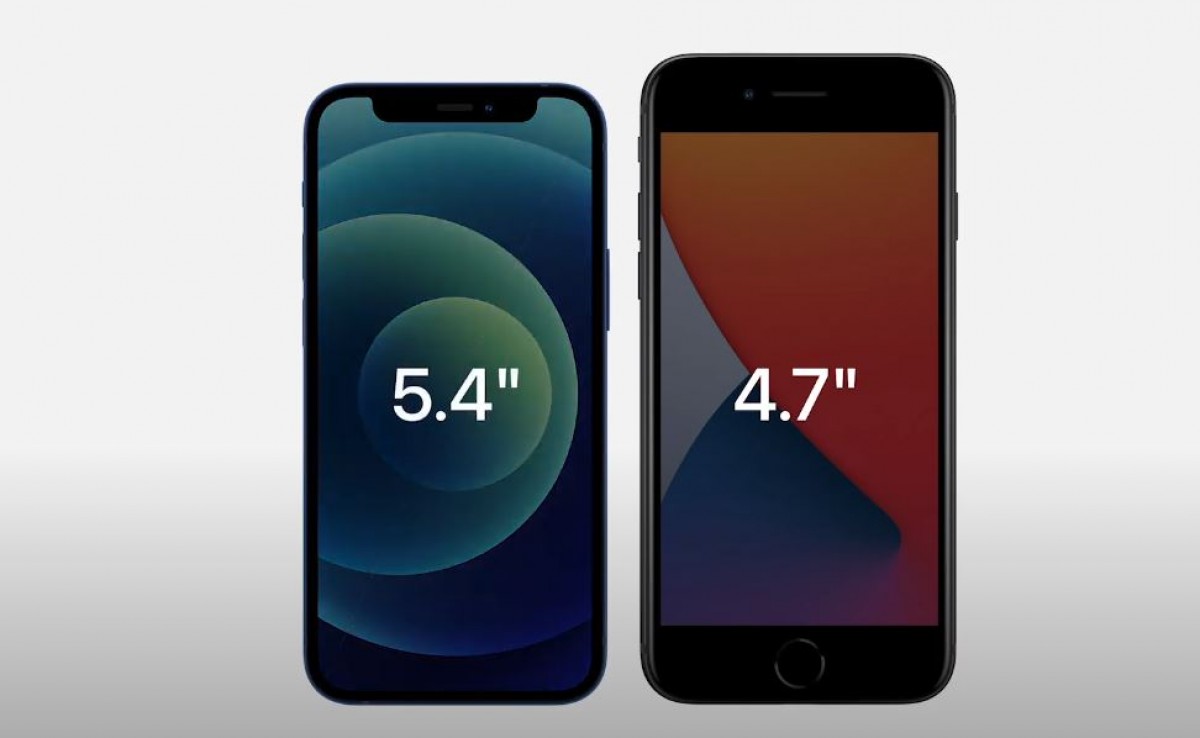 The iPhone 12 mini shares the display technology, the chipset, the camera system, wireless charging, IP68 rating and color options as the bigger iPhone 12. 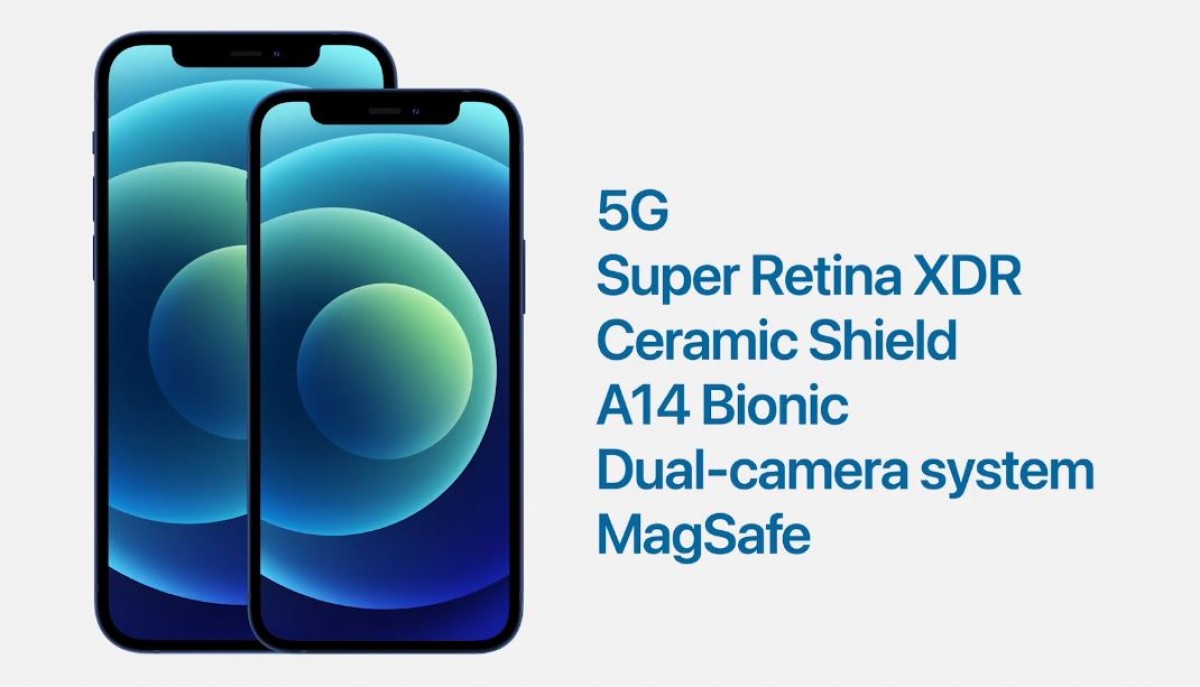 Apple will offer the iPhone 12 and 12 mini in 64GB, 128GB and 256GB storage options in Blue, Green, Black, White and Product Red colors. The iPhone 12 mini will begin selling on November 6 and will ship on November 13. 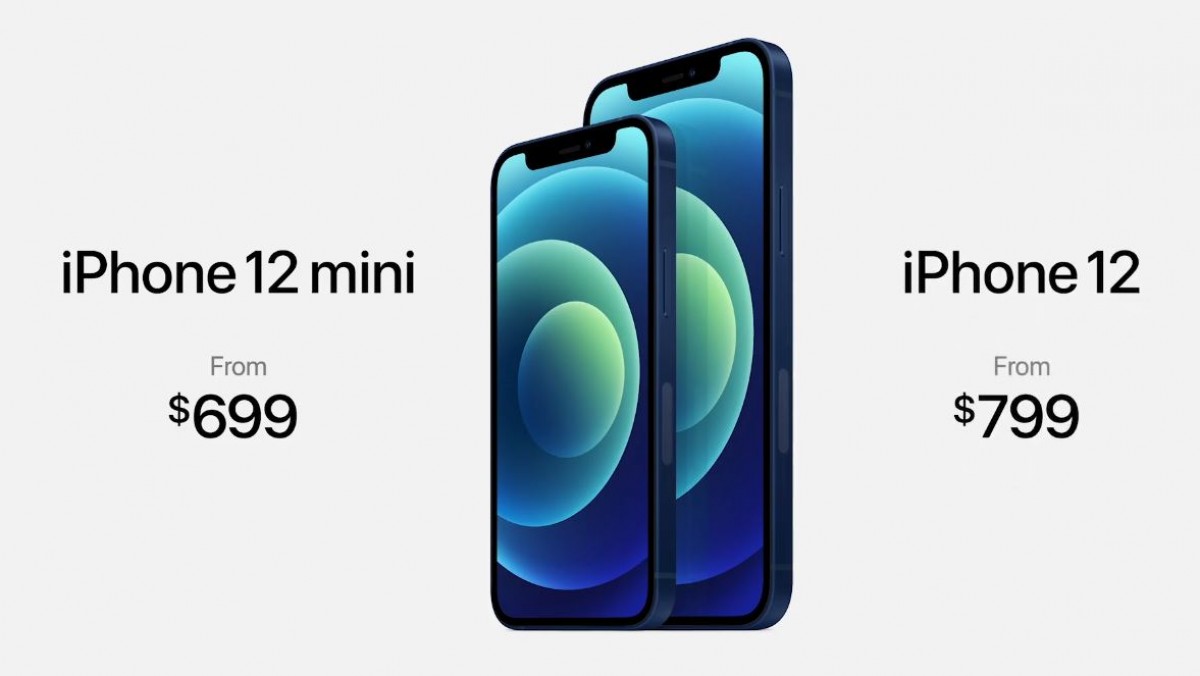