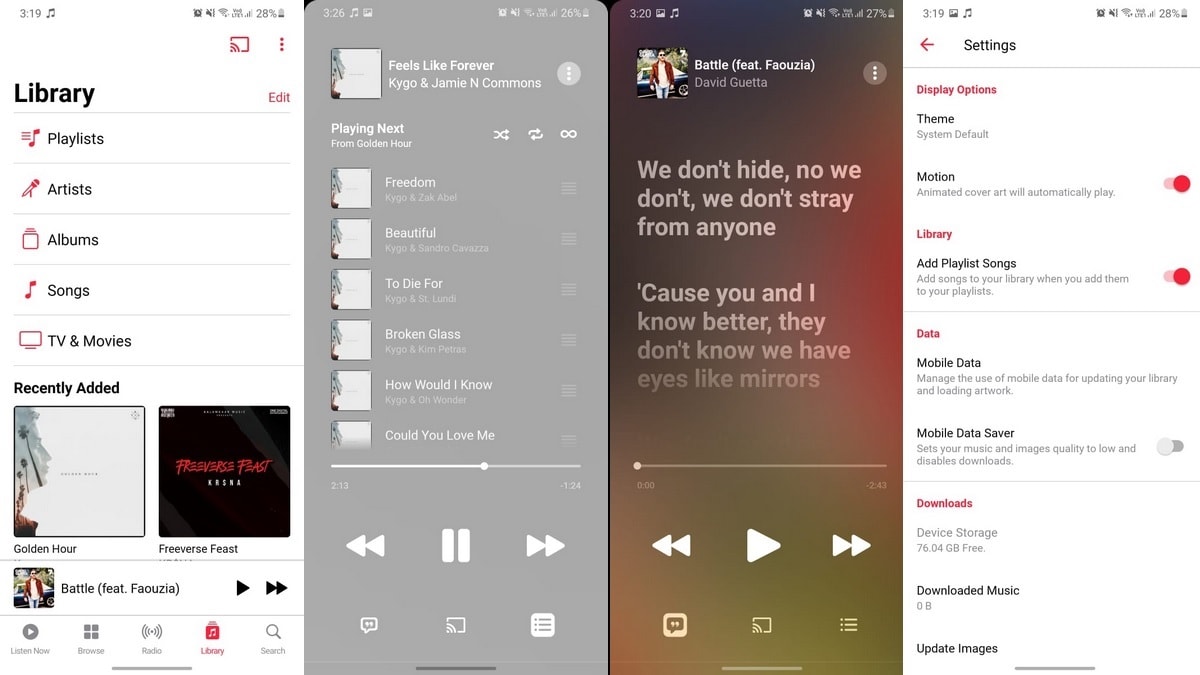 
Apple Music version 3.4 has started rolling out to Android phones with new features that first came with iOS 14. The app gets a redesign and all the features that were being tested in the beta for iOS 14 have made their way to Android as well. It adds an autoplay feature, improved search, new icon, and more. Apple Music version 3.4 is available on the Play Store and while the app is available for free, there is a $9.99 per month subscription allowing them to browse and stream music.

The updated Apple Music app for Android gets a redesign, in line with iOS 14 version of the app. The menu bar now has five options instead of the three that were present in the previous version (3.3) of the app. The ‘For You’ option has been replaced with ‘Listen Now’ and the other options include ‘Browse’, ‘Radio’, ‘Library’, and ‘Search’. The Now Playing section now has a dynamic background that changes according to the album cover.

Another new feature in Apple Music version 3.4 is the autoplay option that is represented with an infinity-shaped icon. This icon can be found in the queue list next to the repeat song option and allows users to enable autoplay and it shows the list of songs that have will be played next.

Song sharing directly to an Instagram, Facebook, or Snapchat story can be done by tapping the menu icon and selecting ‘Share song.’ In the Settings menu, the app now allows users to easily manage their mobile data. There are options for allowing streaming, enable high quality streaming, and allowing downloads while on mobile data.

Apple Music version 3.4 was being tested in beta and as per a report by Android Police, after a brief testing period, it has made its way to the Play store.