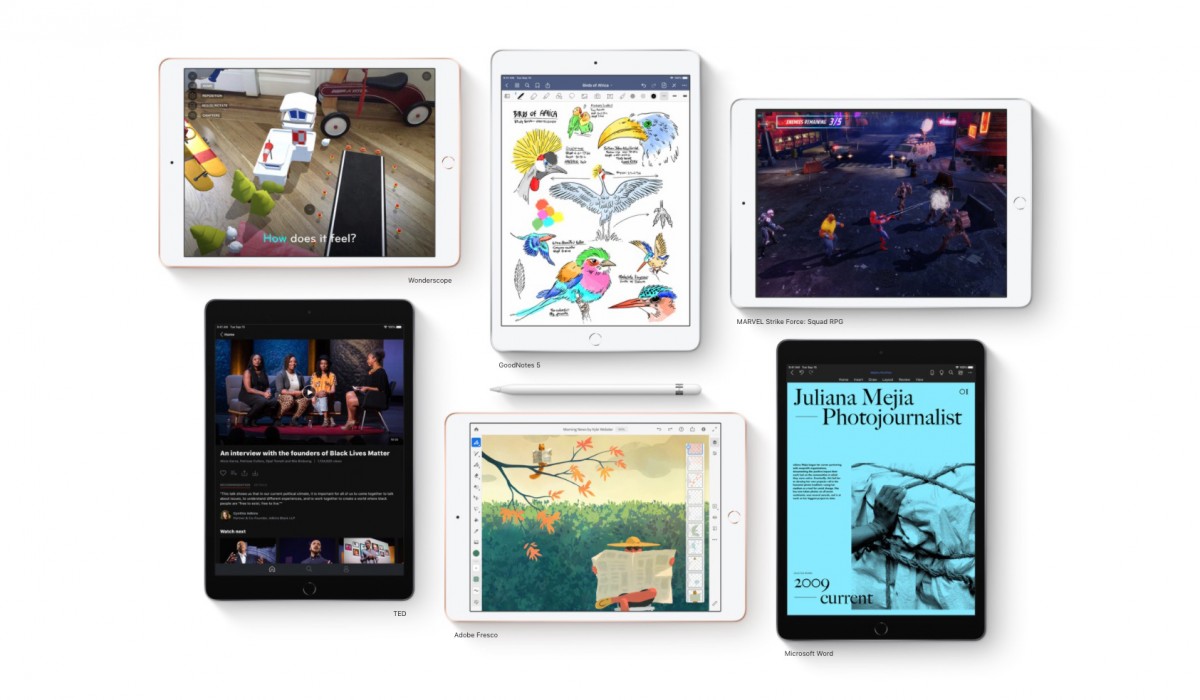 
Apple’s entry-level 10.2-inch iPad was released back in September but according to new sources, we’ll see an updated version with a 10.5-inch display and Apple A13 Bionic chipset in early 2021.

The new info also suggests the ninth-gen iPad will come with a thinner and lighter chassis though the overall design will remain largely unchanged from the current version. There’s speculation that Apple will reuse the form factor of the 2019 iPad Air which is both lighter and thinner than the current entry-level iPad and also sports a 10.5-inch display.

The new ninth-gen iPad is also expected to bring 4GB RAM and the same old Touch ID home button on the bottom bezel. Pricing is believed to start at $299, down from the $329 asking price of the current model. Rumors suggest the base version will come with 64GB storage as standard. We’ll keep you posted with more details on the upcoming entry-level iPad as soon as they emerge.