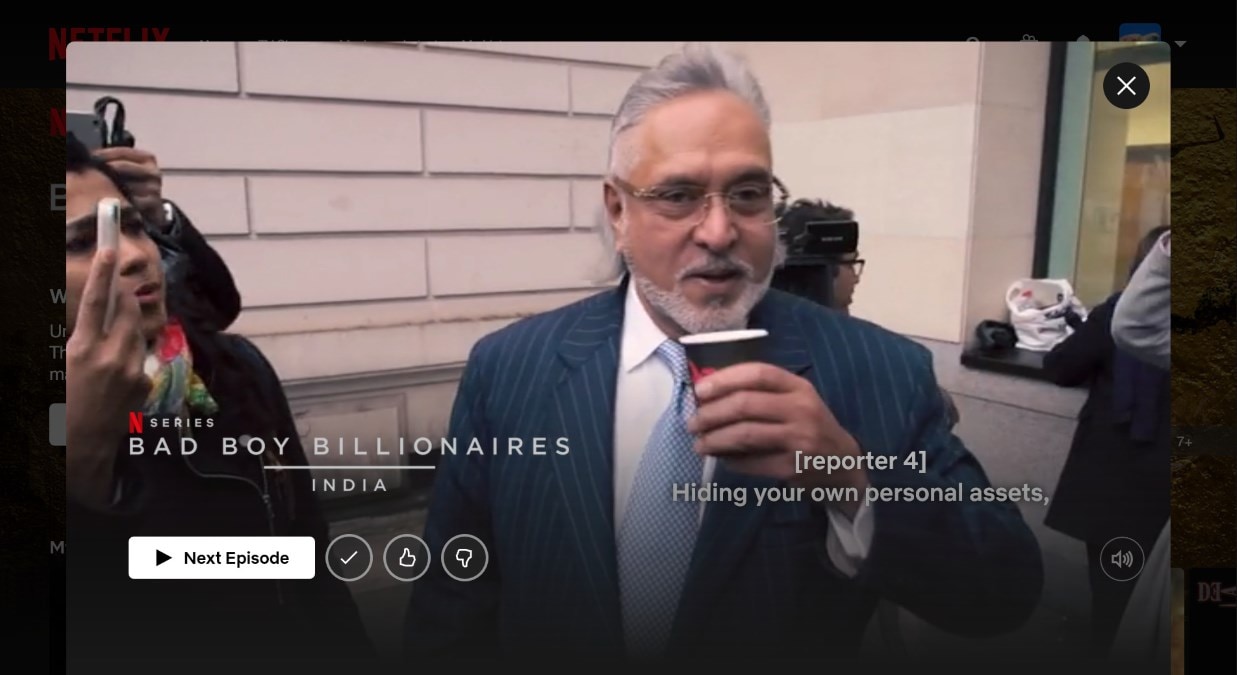 
Bad Boy Billionaires: India is finally available on Netflix in India and across the world, after a District Court in Bihar lifted its injunction over the weekend, Netflix lawyer Amit Shrivastava told Reuters earlier on Monday. Three out of the docu-series’ four total episodes are now streaming: “The King of Good Times” about Kingfisher’s Vijay Mallya, “Diamonds Aren’t Forever” about jeweller Nirav Modi, and “The World’s Biggest Family” about Sahara’s Subrata Roy. The fourth and final episode, about Satyam’s Ramalinga Raju, isn’t available as that’s part of a separate injunction from a Hyderabad court.

Netflix had originally set an early September release for Bad Boy Billionaires: India, but that didn’t come to pass after both Roy and Raju obtained a stay on the series, with the former claiming it would malign his image, and constituted an unlawful invasion of his privacy, respectively. On October 3, Roy’s petition was dismissed, Reuters quoted Shrivastava as saying. The Araria, Bihar court has yet to release its official order. Netflix India offered no comment.

There’s no word on when the fourth episode based on Raju will be made available. A hearing on the matter is scheduled for Monday at the Telangana High Court, which observed Friday that the Hyderabad court should have watched the episode before granting an injunction, and noted that an individual couldn’t block a documentary that’s based on information available in the public domain.