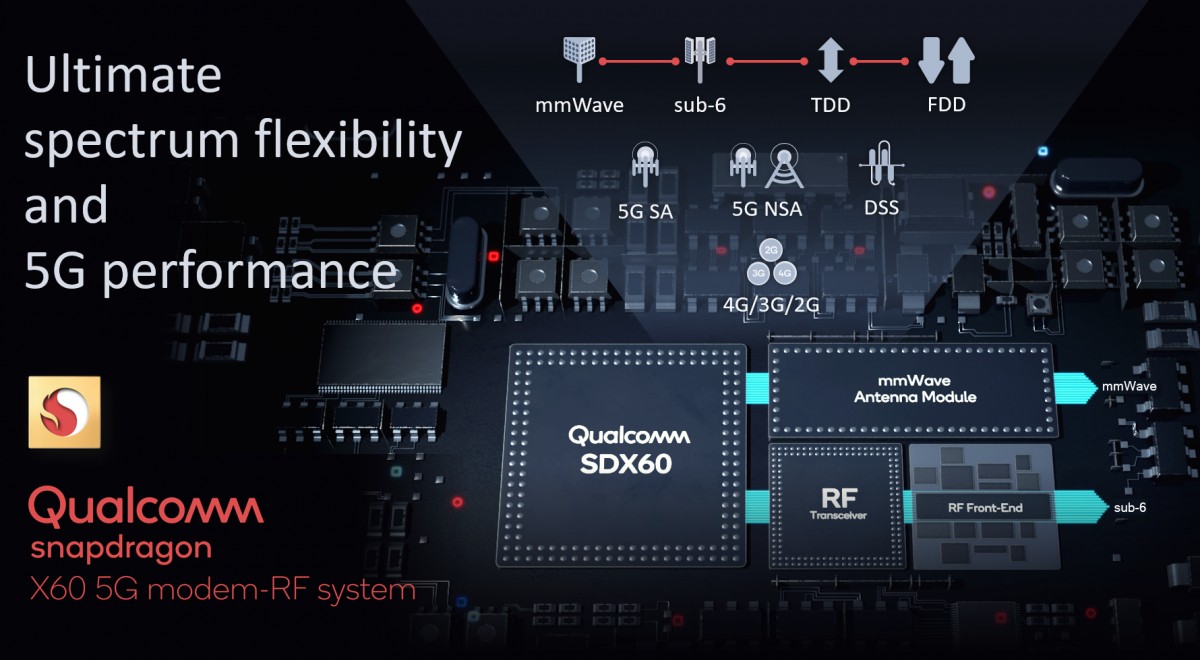 
Last year Apple and Qualcomm buried the hatchet, which paved the way to using Qualcomm modems in Apple’s new 5G iPhones. A teardown from earlier today revealed that the iPhone 12 series is using the X55 modem, a modem usually found paired with a Snapdragon 865 chipset in this year’s Android phones.

But this is just the beginning of the partnership. And it’s actually the settlement filing that reveals what’s to come from both Apple and Qualcomm. The two companies agreed to use the X55 for the 2020 launch.

Then Qualcomm’s X60 modem will be used for the 2021 launch, a 5nm chip while the X55 is manufactured on a 7nm process (a node behind the Apple A14 chipset). This should reduce the power usage in 5G mode compared to current models. Also, it works with third-gen mmWave antennas, which are smaller (the iPhone 12-series has a noticeable window for the mmWave antennas).

After that Apple will mix and match modems as needed – the 2022 and 2023 releases will use a selection of X65 and X70 modems, which are yet to be announced.

Back in 2019 Apple acquired Intel’s smartphone modem business, which led to speculations that it will be building its own 5G solutions for the 2022 generation. That appears to no longer be the case (though the language in the settlement leaves some wiggle room).