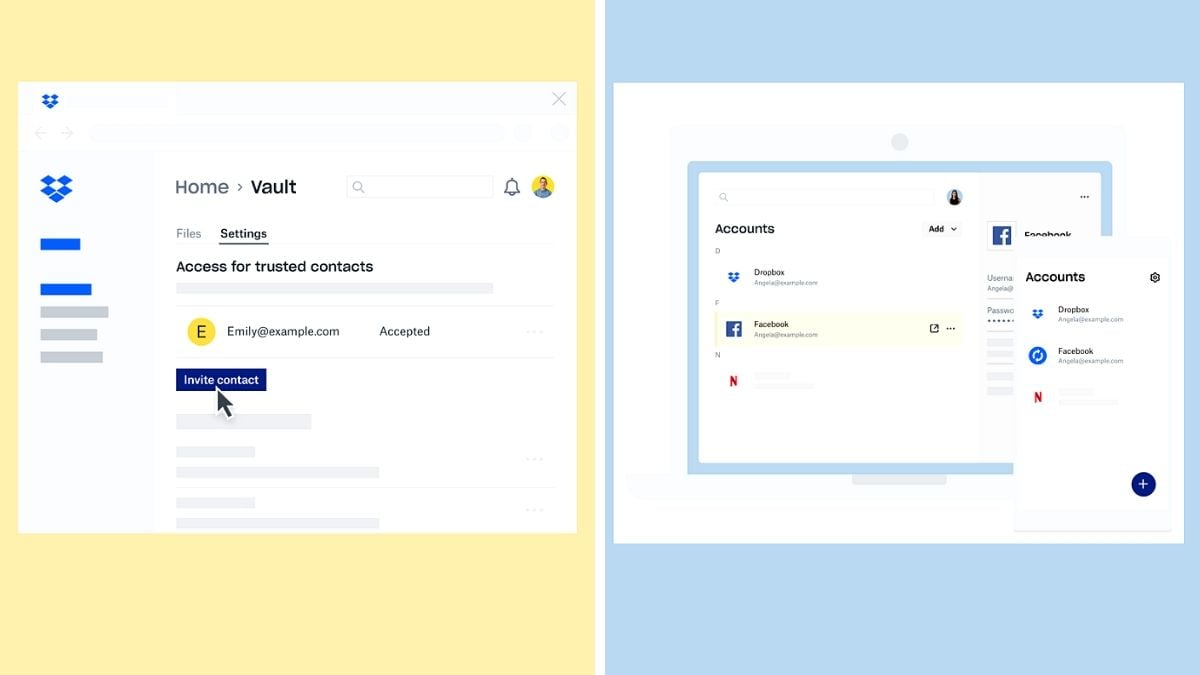 
Dropbox has rolled out new password manager, Vault, and automatic computer backup features for Dropbox Plus plan users. These features were announced in June and back then they were rolled out for testing in private beta. Now, the company has removed them from beta and is making them available for all Dropbox Plus plan users. Additionally, Dropbox Professional subscribers also get Dropbox Passwords and automatic computer backup features. However, the new Dropbox Vault feature is exclusive to Plus plan subscribers.

Dropbox Passwords works just like any other password managers out there – it saves your passwords and auto-fills them for instant sign-in to frequently used websites and apps. This Dropbox Password feature comes as a separate app, which means users can sync passwords on different devices – Windows, Mac, iOS, and Android. Dropbox says passwords from the desktop will automatically sync to your mobile device and vice versa. Dropbox Password comes with zero-knowledge encryption and is also available on Dropbox Professional, apart from rolling out for Dropbox Plus plan subscribers.

As the name suggests, Dropbox Vault provides an extra layer of security for storing important personal files like bank documents, pay stubs, medical ID cards, passports, and tax documents. This feature uses a PIN for access and is available now for Dropbox Plus users exclusively.

The last feature that has now come out of beta is the computer backup feature. Once turned on, it automatically syncs folders on the PC or Mac, directly into the Dropbox folder. It essentially removes the process of manual backup, and will work only if enabled. This feature is available on Dropbox Professional and Dropbox Basic plan subscribers as well.