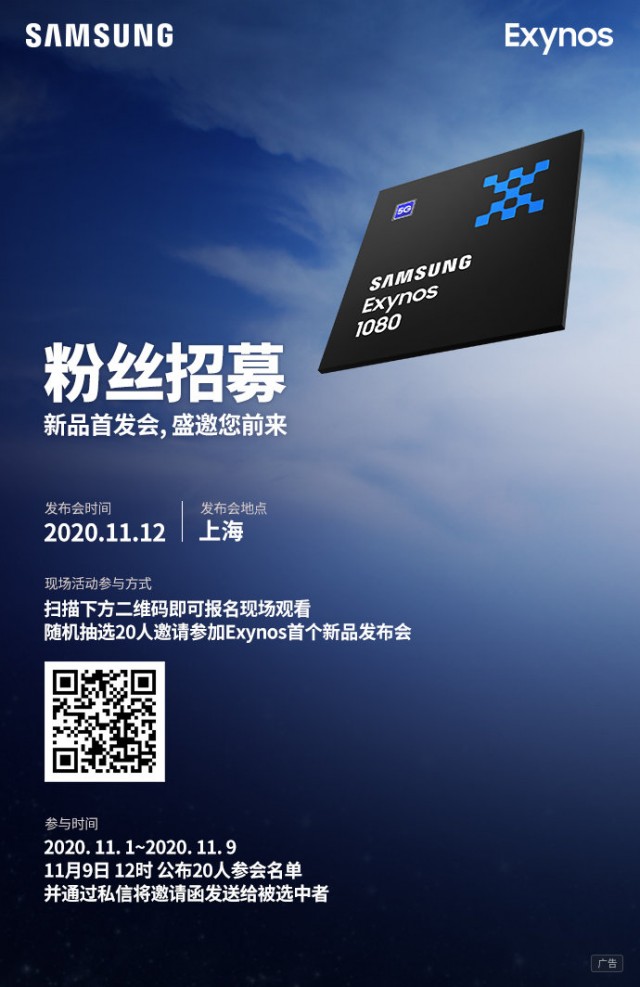 Exynos 1080 chipset will be unveled on November 12


Samsung finally revealed the launch date for its 5nm Exynos 1080 chipset which is the successor to last year’s Exynos 980. The launch is scheduled to take place on November 12 in Shanghai and there will be an in-person event taking place. We’ll get all details of the SoC there but we’ll have to wait a bit more to see it debut on an actual device.

According to recent rumors, the Exynos 1080 will power vivo’s X60 which is expected to launch soon in China. The Exynos 1080 will debut as the first 5nm chipset with ARM’s Cortex A-78 CPU big cores working at up to 3GHz alongside Mali-G78 GPU.

We already have an AnTuTu listing for the Exynos 1080 which revealed a CPU score of over 181,000 points. This positions the Exynos 1080 slightly ahead of the Snapdragon 865+ which powers the most recent crop of flagships like Samsung’s own Galaxy Note20 Ultra. 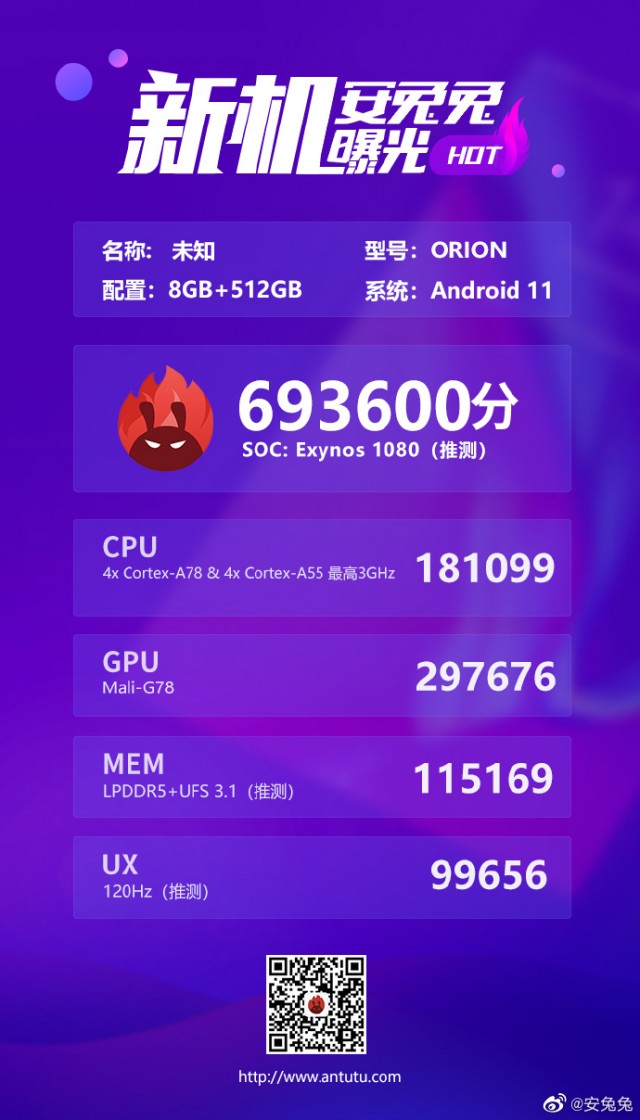 The GPU score was equally impressive at just under 300,000 points which trumps the likes of current gaming powerhouses like the ROG Phone 3 as well as Xiaomi’s Mi 10 Ultra which “only” managed 258,171 points.

In related news, another upcoming Samsung chipset managed to leak thanks to a Bluetooth SIG listing. The Exynos 981 SoC is dubbed as Samsung’s next midrange chipset and will support the Bluetooth 5.2 standard. Not much else is known at this point so we’ll have to wait for more leaks about this upcoming chipset.