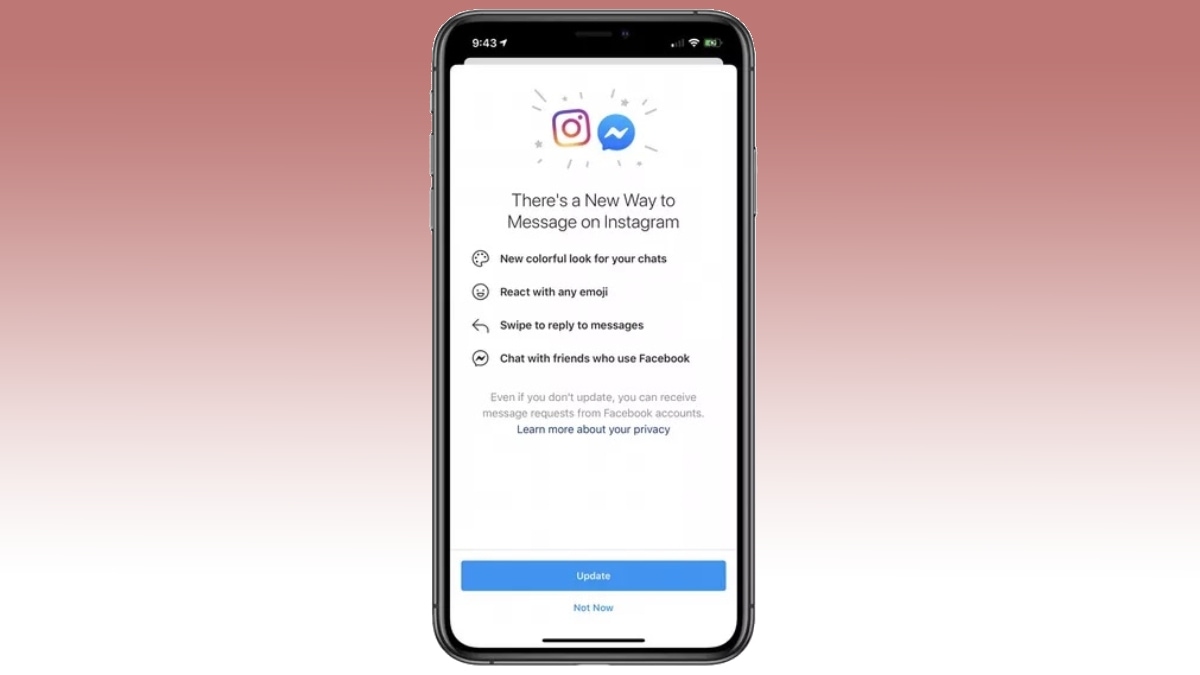 
Facebook has started merging Instagram with Messenger to enable an integrated chat system on both the apps according to reports. Instagram users on both Android and iOS platforms will soon see the DM icon on top right corner of their home screen be replaced by the Messenger logo. Clicking on this will allow users to browse through a new colourful messaging screen, where they will be able to chat with friends who use Facebook. The feature is likely rolled out in stages, as not all users are able to see the new feature on Instagram yet. The Facebook-owned photo and video sharing social media app hasn’t officially announced any detailed rollout plans yet.

According to a report by The Verge, some users at the publication started receiving a pop-up update screen on Instagram. The message read, “There’s a New Way to Message on Instagram,” listing some new features. Apart from allowing users to “chat with friends who use Facebook,” the new features include a colourful overhaul of the chat screen, emoji reactions, and swiping right to reply to messages instantly.

The pop-up also said that if users choose not to update the app, they can still receive message requests from Facebook accounts.

After you do update, the report says that the DM icon on the home screen will be replaced by the Facebook Messenger logo. The chat screens also reportedly appear more colourful, as the sender’s messages shift from blue to purple upon scrolling. The Verge also said that it was not able to message Facebook users from Instagram yet.

Gadgets 360 was not able to verify the new integration as the update is not yet available on our devices. Let us know in the comments below if you start receiving the pop-up message on your Instagram app.

This latest update falls in line with Facebook’s longstanding intention to integrate Messenger in Instagram. To recall, back in May, Instagram started allowing users create new Messenger Rooms and invite friends to join a conversation straight from the app, a feature that was also rolled out to WhatsApp.