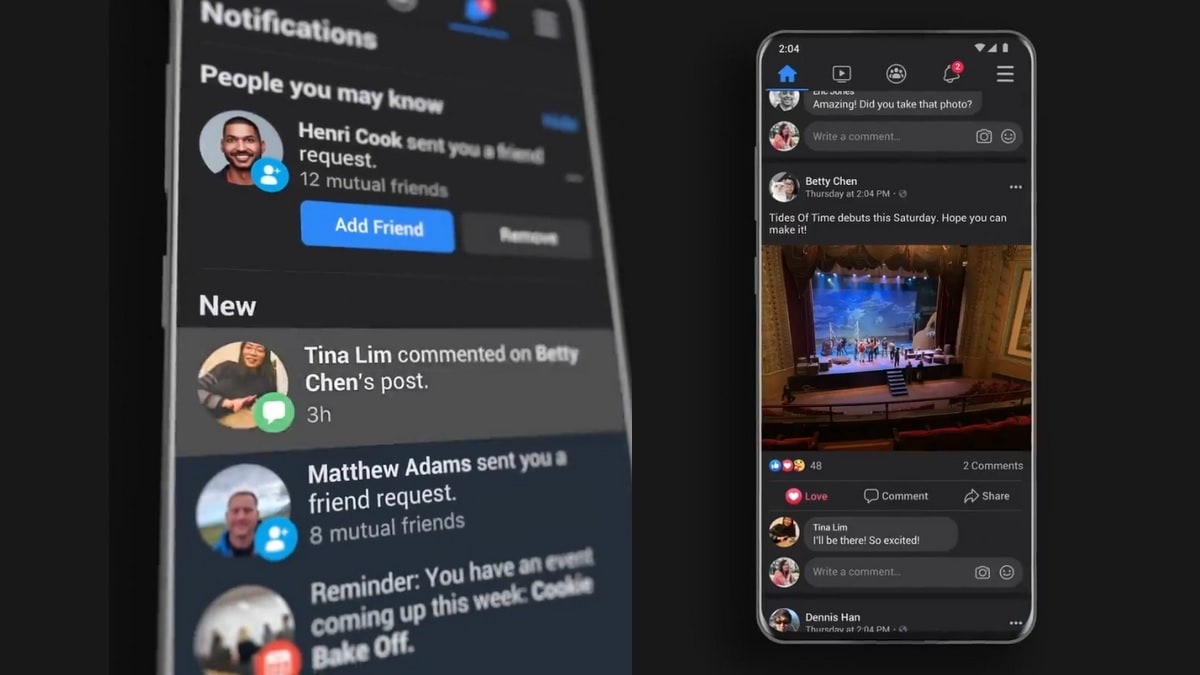 Facebook Starts Rolling Out Dark Mode in Its Main App


Facebook is finally rolling out its dark mode feature for more Android and iOS users on the main app. The social networking platform in collaboration with notable reverse engineer Jane Manchun Wong announced on Twitter that it was publicly testing Dark Mode on mobile. Facebook had confirmed plans of Dark Mode support for the mobile app a few months ago and had started rolling out the feature to limited number of users; it was now expanding the same.

Jane Manchun Wong announced the public testing of the Facebook Dark Mode feature in a video collaboration with the company’s Alexandru Voica. To turn on Dark Mode, go to the settings menu on the top right of the app, and click on Settings & Privacy. If Dark Mode has rolled out to you, it will be available as an option over here, which you can enable through a tap. Notably, the feature is still not available for all users and is just expanding the number of Android and iOS users who have access to it.

Facebook is the parent company of apps like Instagram, WhatsApp, and Messenger, all of which have support for Dark Mode. Hence, it is a matter of surprise that the tech giant waited so long to roll out the anticipated feature on its main application.

Facebook discontinued its classic design in September, making it mandatary to use the new Facebook interface that was rolled out earlier this year. The new design, which began rolling out in March, has support for Dark Mode on desktop.

Messenger too, has a Dark Mode option for users from last year. The feature has also been available on Facebook Lite for a few months, so it was only a matter of time before it rolled out to the main Facebook app.

While Facebook hasn’t announced the availability of the dark mode feature from its newsroom website yet, a company spokesperson confirmed the features’ rollout to XDA developers. As per the report, the spokesperson said that Facebook was aware that people have been asking for dark mode for a while, and the option will soon be visible in the Facebook app settings as the company rolls out the feature globally.