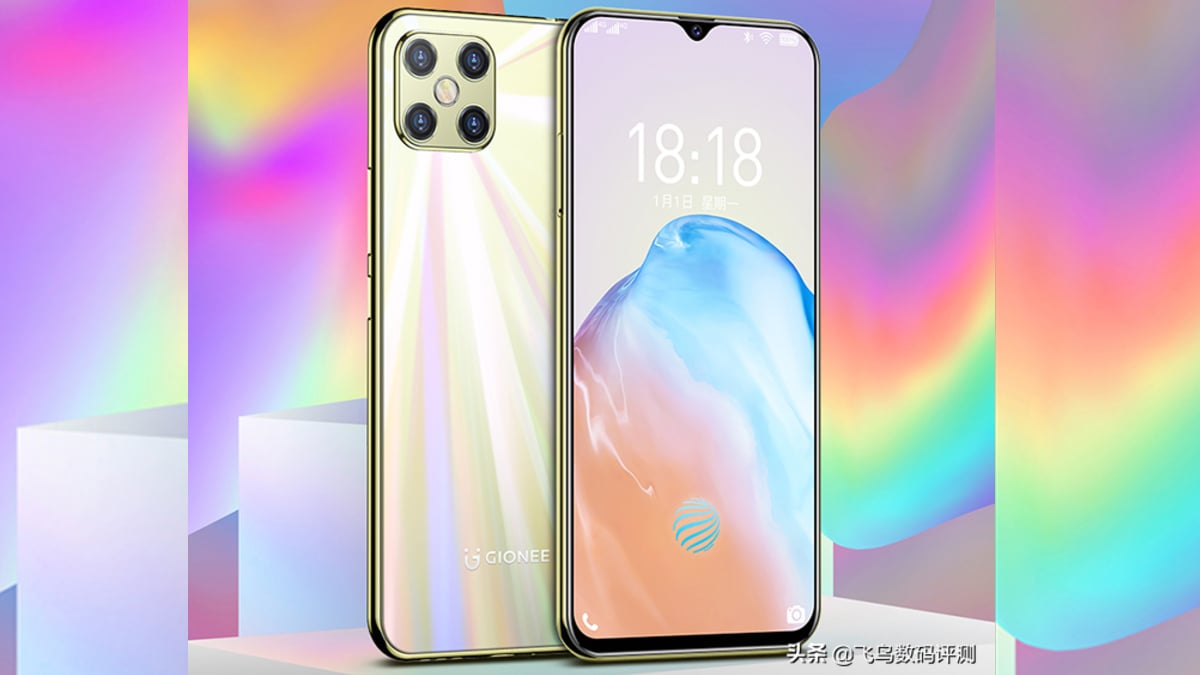 Gionee M12 Pro has reportedly been launched as the latest offering from the company. The smartphone has a waterdrop-style notch and a 3.5mm audio jack slot at the top edge. It looks to have a quad camera setup at the back, but the fourth lens is apparently just decorative, according to the report. The phone has an in-display fingerprint scanner and is powered by the MediaTek Helio P60 SoC. Other key specifications include a 4,000mAh large battery and a 90.3 percent screen-to-body ratio.

The Gionee M12 Pro is priced at CNY 700 (roughly Rs. 7,500) for the single 6GB RAM + 128GB storage model. It comes in White and Blue gradient glossy finishes. The handset was first spotted by GizmoChina.

There is a 6.2-inch HD+ (720×1520 pixels) display with 90.3 percent screen-to-body ratio and a waterdrop-style notch on the Gionee M12 Pro. The phone is powered by the MediaTek Helio P60 octa-core processor packed with 6GB of RAM. Internal storage is at 128GB and the phone offers support for storage expansion via microSD card.

Coming to optics, the Gionee M12 Pro has a triple rear camera setup inside a square-shaped module placed on the top left corner. It has a 16-megapixel main camera, a large wide-angle sensor, and a macro sensor. Up front, the phone has a 13-megapixel camera for video calls and selfies. The Gionee M12 Pro is listed to pack a 4,000mAh battery, weigh 160 grams, and have a 3.5mm audio jack. The phone supports dual stereo speakers. It has an in-display fingerprint scanner on board.

The volume and power buttons on the Gionee M12 Pro are seen on the right edge of the screen, whereas the left edge houses the SIM tray slot. It seems to have a metal frame and the Gionee logo is spotted at the bottom of the back panel.