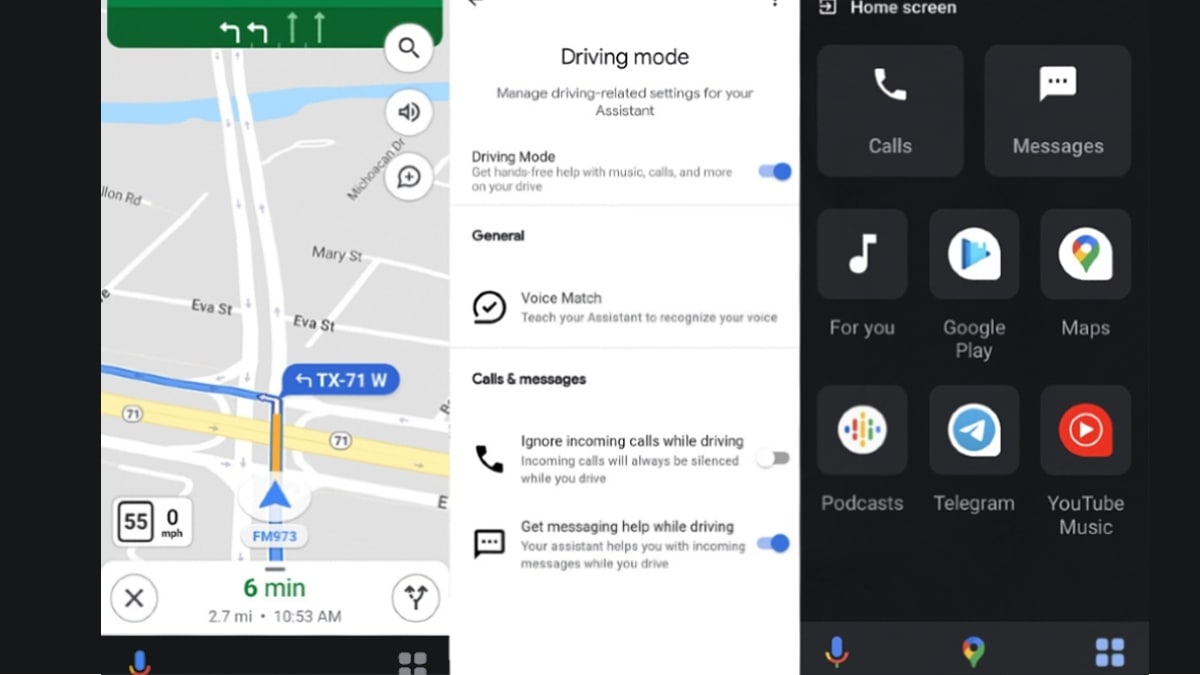 
Google Assistant driving mode on Maps seems to have started rolling out to Android devices, as per a report. The feature was first unveiled by Google at its I/O developers conference last year. Although it is unclear if the Google Assistant driving mode is being tested or will be rolling out for all devices soon, the feature is meant to be a replacement for the Android Auto app on smartphones. The driving mode will help users have direct access to the voice-forward dashboard.

A report by XDA said that a new navigation UI had been spotted by users in the Google Maps app. It was also spotted by XDA on devices such as the Google Pixel 4, the LG Velvet, and the Asus ZenFone 7 Pro.

However, the voice prompt doesn’t appear to have started working even on the Android devices the new mode has rolled out to; it is possible that the feature has only had a partial rollout so far.

Back when the driving mode was announced, Google had said it had designed a voice-forward dashboard that would bring the users’ most relevant activities front and centre. It would also offer personalised suggestions and support full voice control. The report says that the Google Assistant driving mode UI that was displayed at the Google I/O last year looked very different to what was rolling out for some users the past couple of weeks.

While Google did not confirm the rollout, a spokesperson told The Verge that it was “constantly experimenting with ways to make Assistant more helpful.”