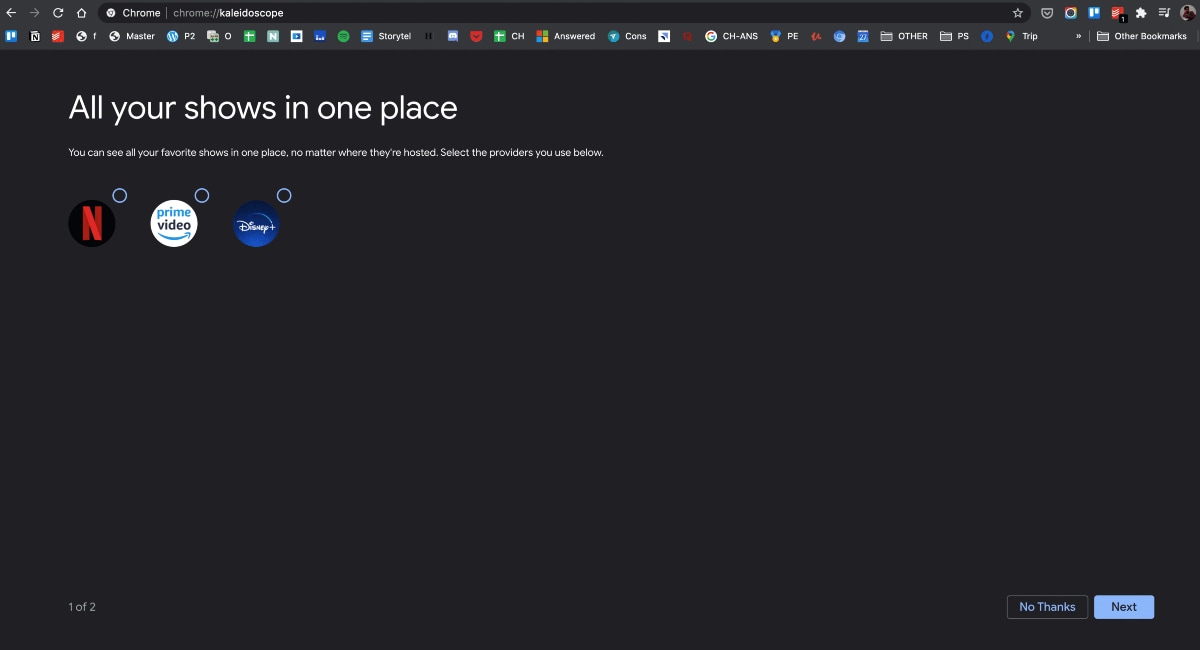 Google Chrome will soon let you stream videos from all your favourite over-the-top (OTT) platforms under one roof. While the search giant hasn’t provided any details about its new move, the latest Canary version of Google Chrome appears to have a hub ready called Chrome Kaleidoscope. It seems to be available specifically for internal testing at this moment. But nonetheless, it is likely to be offered as a single place in the future to serve Web content from various streaming services.

As spotted by Chrome OS-focussed blog Chrome Story, the Chrome Kaleidoscope hub is available on the Canary version of Google Chrome through the URL chrome://kaleidoscope/. It shows a tagline saying, “All your shows in one place” and has listed Netflix, Amazon Prime Video, and Disney+ Hotstar as three video streaming services. These are likely to be just the three initial offerings to begin with, though the list could be expanded at a later stage.

The existence of particularly Disney+ Hotstar suggests that Google is testing the new feature in India as the service is targeted at the Indian market. Further, it is interesting that the early Kaleidoscope hub doesn’t have YouTube on board, though Google projects YouTube as a full-fledged streaming platform with a mix of original and user-generated content.

Chrome Story writes that once a user selects any of the three video streaming services, a screen comes on the browser saying, “Continue watching across all devices.” However, it doesn’t show any content and is available as a blank page, along with a ‘Next’ button that takes users to another page. That page carries a message that reads, “Chrome Kaleidoscope is not currently available for your account. If you are a Googler check out go/kaleidoscope-not-available for more information.”

All this suggests that Google is currently testing the Kaleidoscope hub internally — with no details about its launch even for beta testers. That said, the latest development could eventually help Google retain its leadership in the PC browser market and make the competition tougher for Microsoft Edge and Mozilla Firefox.

Gadgets 360 has reached out to Google for a comment on the Kaleidoscope hub and will update this space when the company responds.

Previous ArticleFirework Wants to Make It Easier for Creators to Monetise Content
Next ArticleLucifer Season 5 Releases 12:30pm On Netflix in India