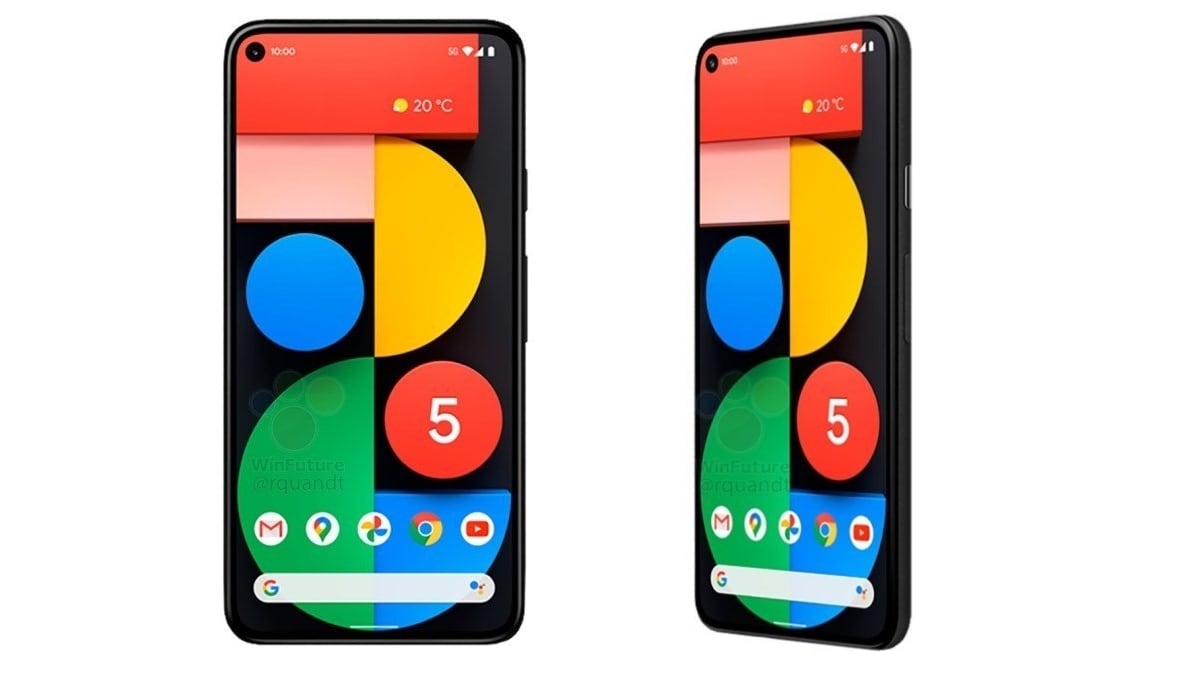 
Google Pixel 5 is expected to be launched at the tech giant’s hardware event later this month. The price and full specifications of the upcoming 5G phone have reportedly been tipped, hinting at an octa-core Qualcomm Snapdragon 765G SoC, an OLED hole-punch display, and reverse wireless charging. The event, set to take place on September 30 at 11am PT (11:30pm IST), is expected to see the launch of the new mid-range smartphone, along with the new Chromecast and a new smart speaker.

According to a report by WinFuture, the Google Pixel 5 may be priced at EUR 629 (roughly Rs. 54,000) in Europe. It is expected to come in a single 8GB + 128GB storage configuration. The smartphone may be offered in two colour options – black and green.

The dual-SIM (Nano + eSIM) Google Pixel 5 may run on Android 11 out-of-the-box. It is expected to feature a 6-inch OLED display with a screen resolution of 1,080×2,340 pixels. Protected by Gorilla Glass 6, the display may offer 90Hz refresh rate, 432ppi pixel density, and 19.5:9 aspect ratio. The screen is expected to feature HDR support and offer a colour depth of 24 bits.

Under the hood, the Google Pixel 5 is expected to be powered by the Snapdragon 765G SoC, clocked at 2.4GHz, paired with 8GB of RAM. Its onboard storage of 128GB can’t be expanded.

Speaking of optics, the smartphone is expected to feature a dual rear camera setup that includes a 12.2-megapixel primary sensor with optical image stabilisation (OIS) and f/1.7 aperture. It is paired with a 16-megapixel wide-angle camera with a 107-degree field of view (FOV) and f/2.2 aperture. For selfies and video calls, the Google Pixel 5 may sport an 8-megapixel camera with f/2.0 aperture placed inside the hole-punch cutout at the front.

The Google Pixel 5 may pack a 4,080mAh battery that supports 18W fast charging. The phone is expected to support wireless charging as well as reverse wireless charging. This essentially means that users can charge compatible devices, such as the Pixel Buds by simply placing them on the back of the phone. The smartphone may sport a rear-mounted fingerprint scanner.

Google Pixel 5 is expected to be IP68 certified for protection from water and dust. Connectivity options on the 5G phone may include WLAN, NFC, Bluetooth 5.0, and a USB Type-C port. The phone is expected to weigh 151 grams.

Although Google hasn’t confirmed any of the above specifications, we should know more at the event on September 30.