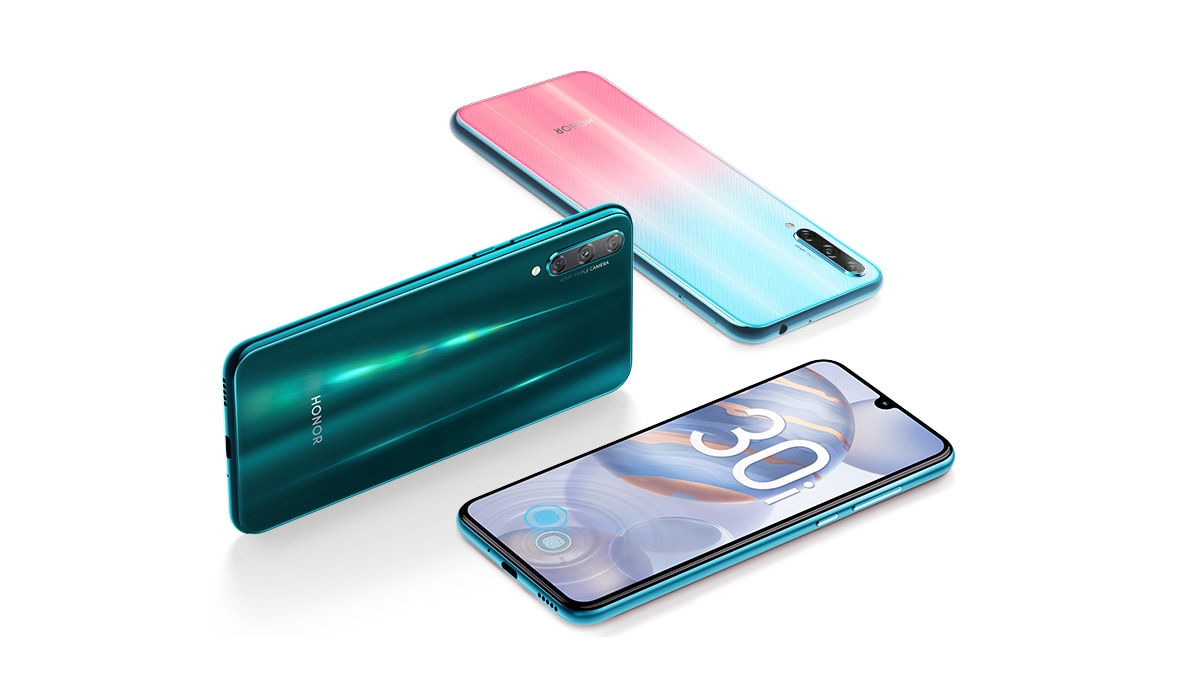 
Honor 30i has been launched as the latest smartphone offering from the company. It has been unveiled in the Russian market and features a 6.3-inch AMOLED display with a waterdrop-style notch and triple rear camera setup. The Honor 30i packs a 4,000mAh battery and packs a 16-megapixel selfie camera. This new handset seems to be a re-branded variant of the Honor 30 Lite phone that was launched in China in July this year.

The new Honor 30i is priced at RUB 17,990 (roughly Rs. 17,600) for the 4GB + 128GB storage model in Russia. It will be offered in Ultraviolet Sunset, Shimmering Turquoise, and Midnight Black colour options. The phone is up for pre-orders on the company site.

The Honor 30i is equipped with a 4,000mAh non-removable battery. Connectivity options include, dual-band Wi-Fi ac, GPS/GLONASS/Beidou, and, Bluetooth v5.1. Lastly, Honor 30i measures 157.2×73.2×7.7mm and weighs 171.5 grams. The phone also packs an in-screen fingerprint scanner.