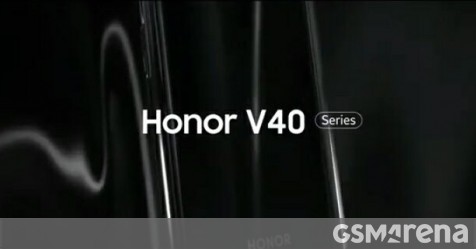 
Huawei continues to struggle after a series of imposed bans on the company and its suppliers. TSMC is reportedly ordered by the United States to limit its production of 5nm Kirin chipsets which might affect the production of the incoming Mate 40 lineup.

However, the company is not backing down and its brand Honor is apparently working on its next flagship lineup- the V40 – according to one teaser.

Turns out the Honor V40 series might not be too far from now.#huawei #honor #HonorV40 pic.twitter.com/1jkI36Dcof

We know virtually nothing about the Honor V40 – will the chipset by developed and made by HiSilicon or the Huawei subsidiary will be pushed to use Mediatek or Qualcomm chips; are we going to even see the series escape China; is the phone going to be a completely new device or Huawei might decide to cut a corner and just rebrand one of its already well-known phones.

Traditionally, the V phones of Honor are the ones with the latest specs in the chipset department and have impressive cameras as well. Given how smartphone families are becoming more and more diverse to cover bigger price ranges, we are likely to see an Honor V40, Honor V40 Pro, and Honor V40 Pro+ devices.

Previous Articlenubia Watch goes on sale globally, can be yours for $219
Next ArticleEE brings 5G to 12 more locations ahead of iPhone 12 launch