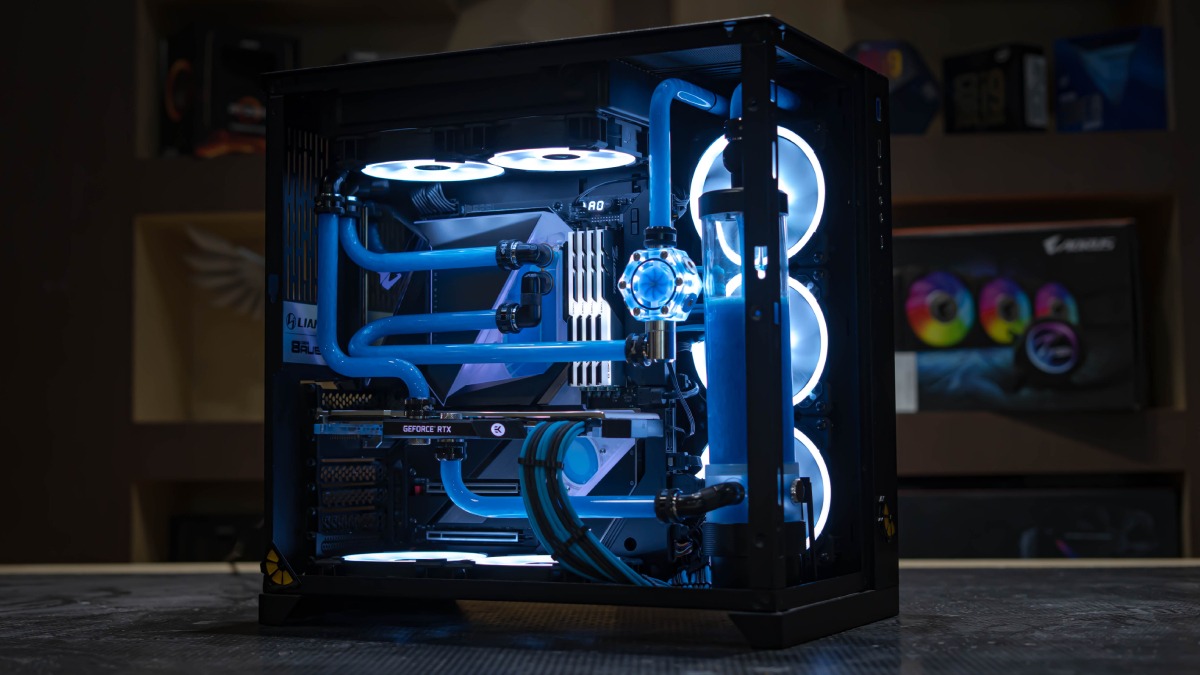 
In 2016, Naman Gupta visited New Delhi’s Nehru Place Market to put together a custom gaming PC. What he found was a bunch of stores that were willing to handover lists of products to pick from, but couldn’t help him in figuring out what parts would work together best, or what alternatives to go for if the parts he wanted weren’t available. For gaming enthusiasts — a growing tribe in India, albeit still a niche — this wasn’t a new experience. But a frustrated Gupta took a step that many thought was strange — he decided to set up a store himself, from his own home.

Dropping out of college in 2017, Gupta would watch YouTube videos to learn how to assemble PCs, and started a business selling these under the name Volted PC. Before long, he had his own outlet in Nehru Place, and was collaborating with YouTubers and organising events in universities.

Naman Gupta of Volted PC working on one of his rigs
Photo Credit: Volted PC

COVID-19 has been a win for people in the games industry games like Ludo King and Among Us have found great success in connecting people during the pandemic, and entertainment at home has gotten a boost — many people who stopped gaming once, got out of college and suddenly found themselves with more free time, and a lot more money than they did in college, and want to have some fun.

But, kitting out a gaming PC isn’t easy, and so, companies like Volted PC are also getting the benefit of increased interest in gaming, according to Gupta. “We wish to bring customisations to customers,” he said. Just like Volted PC, MVP and ANT-PC also share a similar enthusiasm in delivering the right product to the customer at the right price, with proper after-sales service to boot.

Customers are willing to spend lakhs to get a computer that doesn’t just have the right high-end components, but also comes with the right amount of swag, such as bright lighting that changes according to what’s on the screen, glass cases to show off your premium peripherals and neat wire management, and exotic cooling systems to get the last ounce of performance out of all this hardware, he explained.

If this sounds strange, it’s not all that different from other hobbies — a car enthusiast may spend several thousand just to get the right bug deflector for their SUV. A gaming enthusiast might spend the same on the perfect mechanical keyboard with backlighting. Sometimes, they’re even the same person.

With more people buying gaming hardware during the pandemic, businesses like Volted PC are seeing demand skyrocket. Volted PC typically shipped 40 to 50 systems per month, and that’s gone up to between 60 and 70 a month during the pandemic. Hyderabad-based MVP is another company in this space, and its numbers are up to 130-140 systems a month. Then there’s Delhi-based ANT-PC, which saw a 3X boost, and says it’s shipping between 300 and 500 systems per month.

MVP co-founder Mohd. Ahmer was a project manager in Dubai who quit the daily grind of the corporate world in 2015. But in his hometown of Hyderabad, he said that the PC retail scene was even worse than Delhi’s. 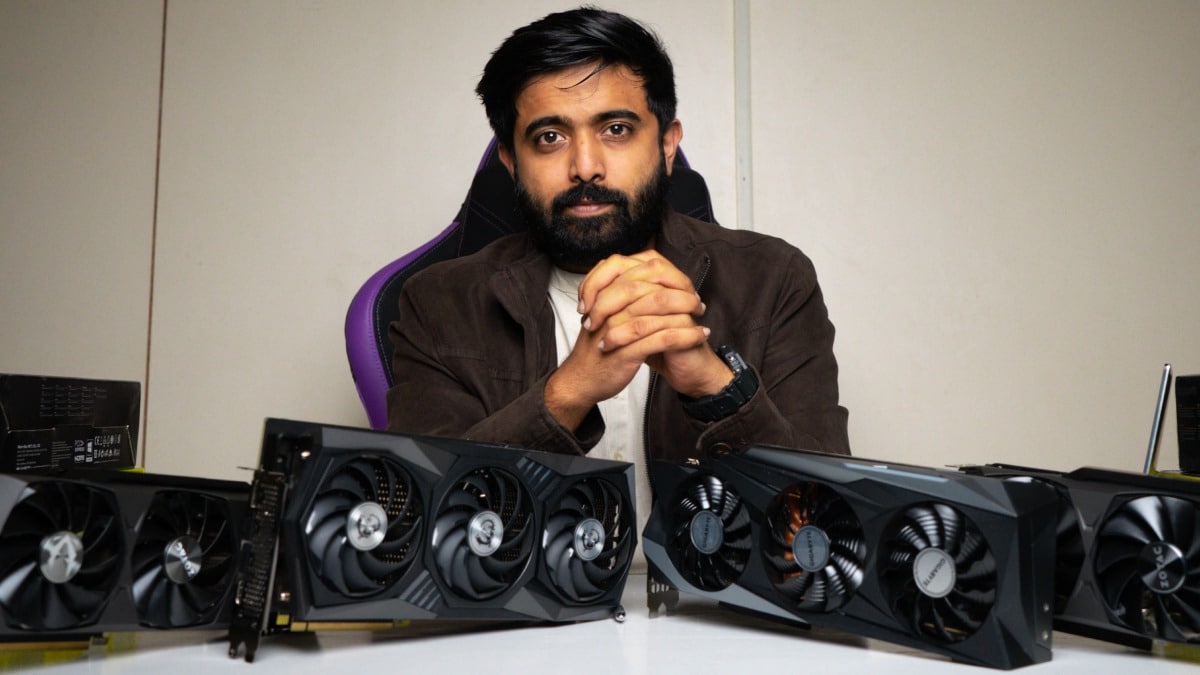 “There was a lot of misinformation going around, with sellers primarily looking to push their stocked products rather than cater to the customers’ needs,” he said. “For instance, if a PC build needed a 550W power supply, stores would usually push an 800W unit saying ‘this is more powerful’ and the unsuspecting customer would go ahead and buy it.”

Ahmer started by helping his friends set up their own gaming PCs, and then got his first order for a PC from a customer in Goa. He’d ship PCs from a spare room at home until opening a store in Hyderabad in 2017.

ANT-PC is another company in the custom gaming rigs space but unlike Volted PC or MVP, this wasn’t the work of an unsatisfied customer who decided to make a difference. The people behind the company were already working on selling PC components and PC products, and this seemed like a logical next step. 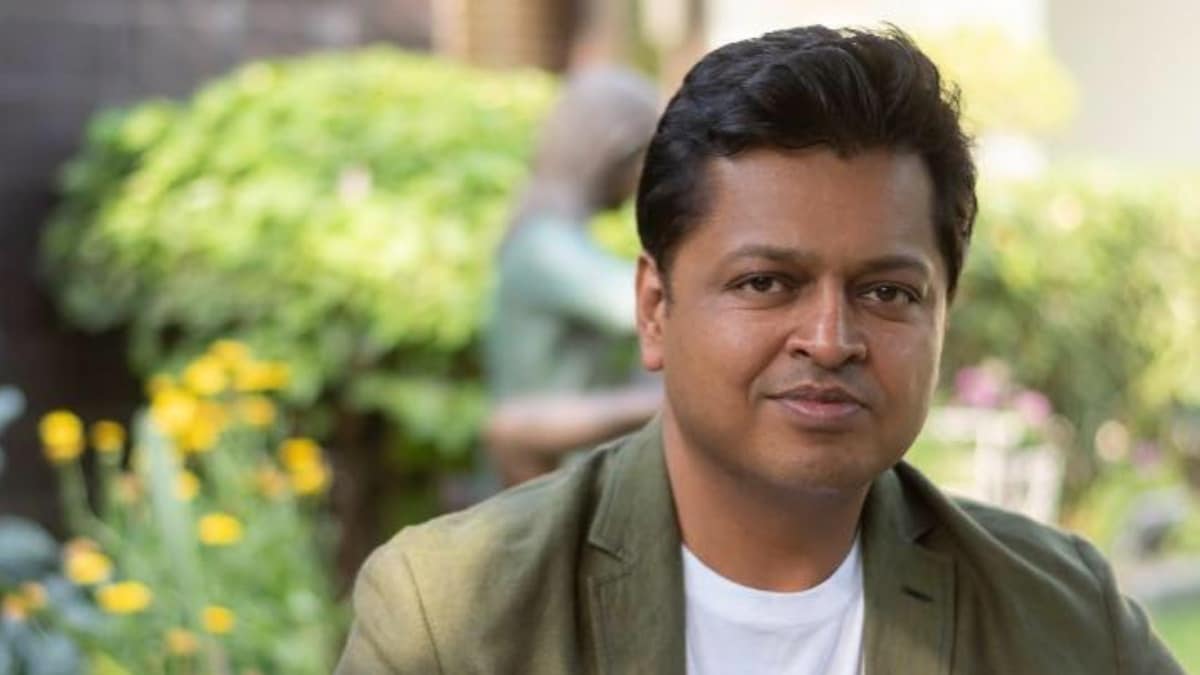 “We realised that there was a dearth of premium PC-building outlets that went beyond pushing whatever they had in stock,” said Himanshu Jain, CEO of ANT-PC. “These builders wouldn’t put their systems through stress or burn tests. All they would do is build a PC, check if the display is working, and be done with it.”

Why do people come to a builder when the parts are available online?

For 21-year-old Anirudh Paheja, purchasing a custom-built gaming PC essentially meant getting his hands on a glass cabinet as seen on the streaming videos of his favourite YouTuber, Ninja. After browsing online and finding most builds expensive, Paheja and his friends headed over to Nehru Place – New Delhi’s go-to destination for PC parts. After some unfruitful experiences at regular PC stores, Paheja stumbled across Volted PC.

Paheja immediately spotted the same cabinet he was hunting for, put on display alongside other equally attractive looking cabinets. “Other stores would only show me photos or YouTube videos of the cabinets and builds they offered. Whereas, at Volted PC, I saw the glass cabinet I wanted sitting right in front of me,” he said.

As of May 2020, MVP has shipped nearly 4,500 units all over the country, enabling the company to move to a two-storey building, complete with dedicated testing labs and even a YouTube space for producing system building videos, to get the word out.

Mumbai-based Ajay Arora, who purchased a system for his 15-year-old son this year during the lockdown said, “MVP shared detailed videos of the assembly process before shipping the system to us. When the package arrived, they also shared a video of how to remove the safety packaging from the system’s parts.”

Checking the cost of the parts for Volted PC’s Rs. 1.43 lakh build, we found that it would run to over Rs. 1.6 lakhs. It appears that the brand is giving itself a tighter profit margin over the wholesale price, which means that customers would save both effort — and money.

Chennai-based Parsu Ram, 36, purchased a PC from MVP last year for Rs. 7.5 lakhs. He wanted a custom cooling loop built into his system, that alone costs around Rs. 1.3 lakhs. “When I reached out to MVP, they did say that the specs I needed were a bit of an overkill and that I could get a good gaming PC for much less,” said Ram. “However, this was something I always wanted. So, I saved up enough money for some time and went ahead with the purchase.”

So what does Ram do with his Rs. 7.5-lakh PC? “I mostly play games and at times tinker around with MLAI computing as a hobby,” said Ram. “It may not make much financial sense to others, but it’s like pursuing a dream for years and grabbing it when the opportunity arises.”

A niche within a niche

Many of us stopped playing video games in school or college because there were more important things to do. But gamers have grown up, and the pandemic forced them to stay indoors. Thanks to companies such as Volted PC, MVP, or ANT-PC, they’re dipping their toes back into the hobby, but this is still a small (if growing) number of people, for now.

As per a Canalys study published in June this year, shipments of desktops, notebooks, tablets, and workstations declined by 33.3 percent year on year in India during Q2 2020. The PC market is a small one, and gaming is an even smaller part of that.

According to Rishi Alwani, co-founder of gaming focused The Mako Reactor, custom gaming PC building remains a “niche within a niche” market in the country. “Customers, at large, would still prefer to pick up a laptop than go into building a PC to suit their needs.”

Volted’s Gupta remains hopeful that the scenario may change for the better in the near future. “A satisfied customer will always spread the right word and we hope that a demand for custom PCs will also slowly grow with that.”