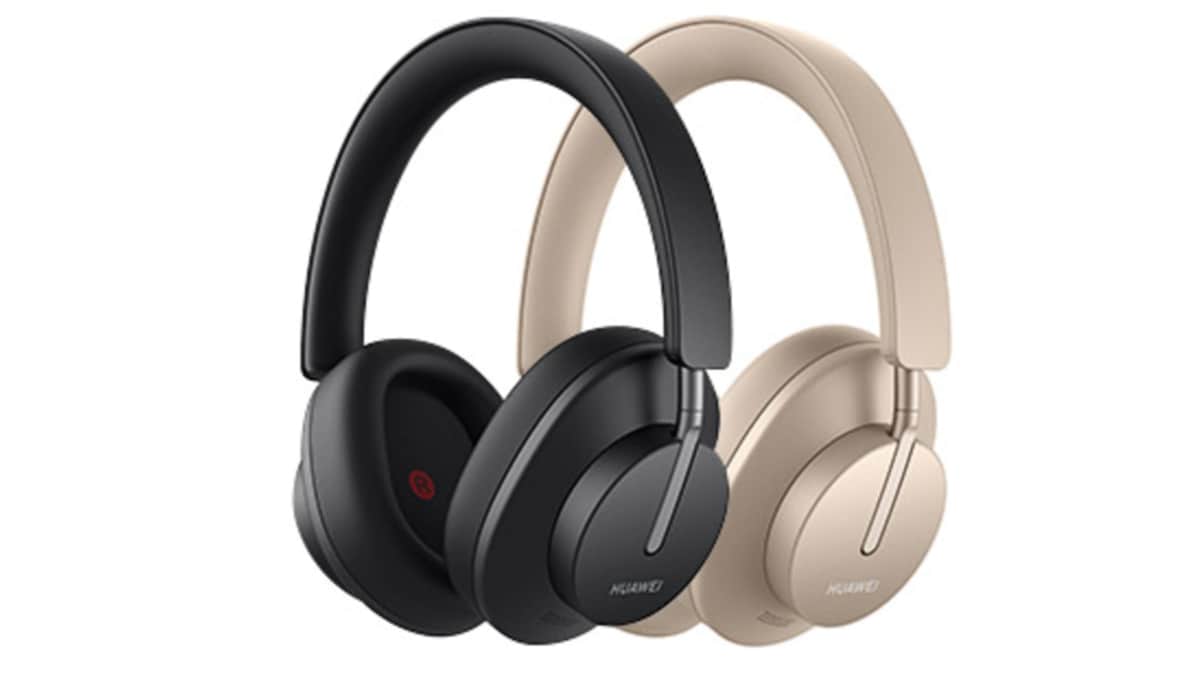 
Huawei FreeBuds Studio headphones with active noise cancellation (ANC) and an omnidirectional 8-microphone system have been launched. As noted in its press release, these are the company’s first over-ear wireless headphones, and were launched alongside Huawei’s latest smartphone series, the Mate 40. Huawei FreeBuds Studio headphones are offered in black and gold colour variants. It uses 6 mics for calls and has a 40mm dynamic driver, along with a low-latency gaming mode. The headphones have up to 24 hours of battery life, as per the company, and can be fully charged in 60 minutes.

The headphones by Huawei are priced at €299 (roughly $353 or Rs. 25,967). The Huawei FreeBuds Studio will be available starting November. The brand, however, has not given specific details of its country-wise availability yet. There are no details about availability or pricing in India for now. It’s likely that the Huawei FreeBuds Studio will be priced at around Rs. 30,000 in India, as and when the headset goes on sale.

At this price, the Huawei FreeBuds Studio will compete with the recently launched Sony WH-1000XM4, currently our favourite pair of wireless noise cancelling headphones. The headphones will also go up against competition from Bose, Shure, and Sennheiser.

With a similar name and feature set, the Huawei FreeBuds Studio has beaten the rumoured Apple AirPods Studio to market. Apple’s high-end over-ear headphones are expected to launch later this year, and will likely be priced significantly higher than the AirPods Pro, which retail at Rs. 24,900 in India.

The Huawei FreeBuds Studio have a 4-layer, 40mm dynamic driver and a frequency response between the range of 4Hz to 48kHz. The ANC on the headphones adjusts automatically according to different environments and can cancel noise up to 40dB. The ANC gets three noise cancellation modes, Ultra, Cozy, and General. The headphones also come with Awareness Mode that lets ambient sound through, and Voice Mode that reduces environmental noise for improved call quality. Huawei FreeBuds Studio also have a dual-antenna design for a wide signal.

You can use the headphones for up to 24 hours on a single charge when ANC is turned off, and 20 hours when it is enabled. Huawei FreeBuds Studio are claimed to run for up to 8 hours with just 10 minutes of charging with ANC disabled. It is powered by a 410mAh battery that charges via USB Type-C. A full charge is said to take 60 minutes to complete

The company says that the four outward facing mics on the Huawei FreeBuds Studio clearly pick up human voices from background noise, while the two inward-facing mics collect can avoid strong wind interference. It also uses Tee Audio Tube structure that links the inner ear space with the front and back sound cavity to filter out noise. Controls are both physical and touch-sensitive, with the touch area on the right ear cup.

Huawei FreeBuds Studio can be connected with up to two devices simultaneously. It uses Huawei’s L2HC wireless audio codec technology that is claimed to achieve an audio transmission rate of up to 960KBps. The codec isn’t widely supported on source devices for now. It also has Bluetooth 5.2, wear detection, IMU sensors, and a pop-up pair feature that works with Huawei phones running on EMUI 10.1. The headphones measure 165 x 150 x 81.5mm, and weigh around 260 grams.