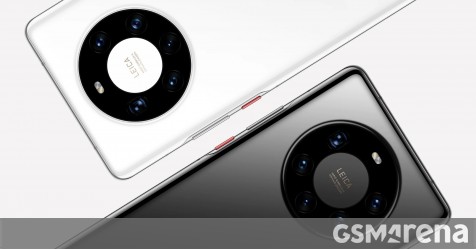 The event was yesterday and was filled with new hardware and you might’ve missed some of those. That’s why there is now an official two-minute-long Highlights reel, revealing everything exciting about the new Mate 40 lineup.

Huawei “dares to dream” with the new Space Ring Design of the phone that will immediately stand out in a line of flagships. The new phones come with a Kirin 9000 chipset that is based on the 5nm process and is the fastest on the market right now, promising unprecedented 36 months of top performance.

The Mate 40 is also the first phone with a free-form lens that in theory should bring distorted wide-angle images, but the software adapts them to look stunning and leveled. Huawei also tries to bring hand gestures back in fashion, even if competitors completely dropped them half a decade ago.

A two-minute clip with Richard Yu, company CEO, is interesting, but in order to get casual smartphone users enthusiastic about the phone, you’ll need to compress the features into an even shorter segment with pop music and flashy cuts – or simply put – a promo video.

This is the first official promo of the Huawei Mate 40 lineup and is likely to appear on TV once the phone hits the markets. We know the Mate 40 will cost €899, the Mate 40 Pro will be €1,200 and the Pro+ variant will start from €1,400 but we still have little to none info when or where these devices will be launched.

Previous ArticleTeardown reveals the iPhone 12 and 12 Pro are almost identical on the inside
Next ArticleMicrosoft’s Surface Duo now starts at $1,199