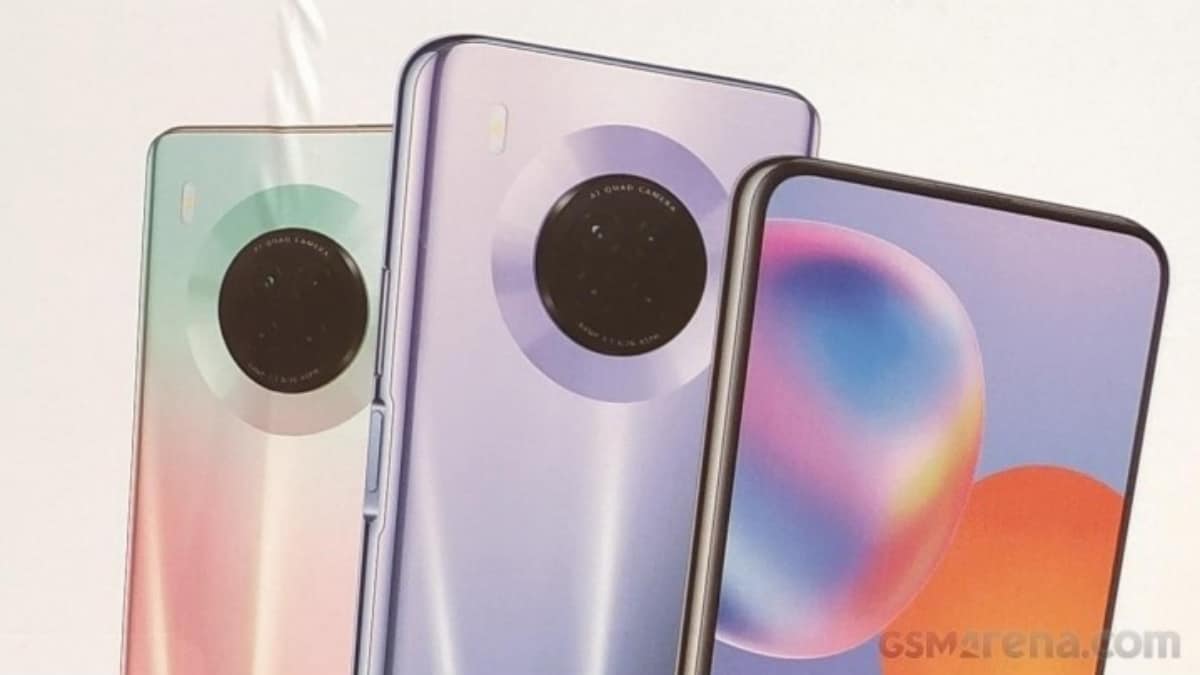 
Huawei Y9a has been spotted in a banner in Iraq, a media report has said. According to publication, the phone has the same design profile as the Huawei Enjoy 20 Plus that was reportedly leaked last week. Apart from design, the banner also details key specifications of the smartphone. As per the banner, the Huawei Y9a smartphone will allegedly feature a 64-megapixel quad rear camera setup, a pop-up selfie camera, 8GB of RAM, and 40W fast charging.

Citing a reader from Iraqi Kurdistan, a report by GSMArena claims that the banner was placed by Huawei in the reader’s shop. The banner shows a smartphone with no notches and very thin bezels on all four sides. On the back, the Huawei 9a can be seen sporting a circular camera module with four cameras, and the LED flash is placed outside, on the left side of the module.

Interestingly, the Huawei Y9a features a design profile similar to the alleged Huawei Enjoy 20 Plus, the renders of which were reportedly leaked last week. This particular phone is said to come with a triple camera setup instead of four cameras. However, it sports the same design from the front with an edge-to-edge display and pop-up front camera for selfies.

The Huawei Y9a allegedly features a notchless display with a pop-up camera for selfies. On the back, a circular camera module is seen in the leaked banner that will be the home to four cameras. As mentioned, the flash is placed outside the module. Reportedly, there is a 64-megapixel primary shooter, joined by an 8-megapixel camera, and two 2-megapixel camera sensors. There isn’t any information about the SoC, but the banner shows that the phone features 8GB of RAM and 128GB of onboard storage. There is a possibility of other configuration options as well.

The smartphone is said to feature a side-mounted fingerprint sensor, and will reportedly come with 40W SuperCharge fast charging technology. The banner shows two colour options; however the names of these colours are not known yet. The Huawei Y9a will not come with Google’s Mobile Services, and it will have the Chinese company’s AppGallery for apps instead.