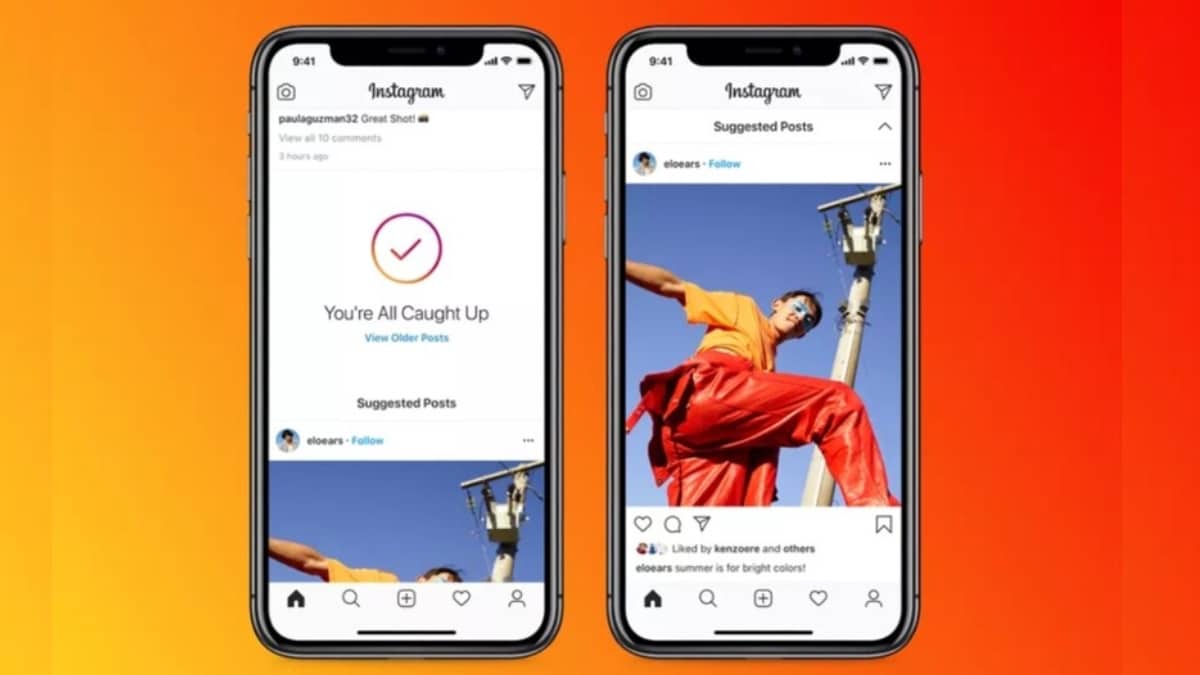 
Instagram is introducing Suggested Posts, a feature that will allow users to view posts from accounts they do not follow at the end of their feed. The photo and video sharing app has found a way to retain users for longer, by showing posts from accounts having similar content to the ones they follow or the posts they like and save. Until now, users were displayed a “You’re All Caught Up” message to notify them when they had scrolled through recent posts from the accounts they follow, and then they would see the older posts that they’d already scrolled through. Now, users will instead get to scroll through more posts they haven’t seen based on Instagram’s suggestions, rather than people they follow.

Instagram’s feed had so far been entirely determined by the users’ preference and the people they follow. Users had control over the content they saw on their home page, except for sponsored ads that popped up every few posts. Instagram wrote on its Help Centre that users may see Suggested Posts after they’ve seen all the most recent posts from accounts they follow. The Facebook-owned app said that these suggestions will be based on posts from accounts similar to the ones users follow. The Suggested Posts is populated by posts similar to the ones saved or liked by the user.

When we tried out the feature, we saw that the suggested posts are different from the Explore tab — while Explore takes into account your searches and all posts you’ve interacted with, Suggested posts has much more in common with the accounts you’re already following.

These posts will be related to the content that people already follow, while posts on Explore aim to point people towards adjacent, broader content. Instagram Home Head of Product Julian Gutman told The Verge that the main motivation was to make it easier for people to go deeper on their interests, and to easily see relevant content when they get to the end of the feed.

For now, Suggested Posts will only consist of photos and videos and not Reels or IGTV snippets, said Gutman. However, there will also be ads in these suggestions.

This move seems to be a way to get people to spend more time on Instagram. This is in contrast to Instagram’s stance two years ago when it allowed users to utilise tools to know more about the time spent on the app. It had introduced Your Activity, a feature that helped track time spent on the app, allowing users to set daily time limits for usage. Gutman, however, said that the product wasn’t designed to keep people glued to their screens.

The “You’re All Caught Up” message was introduced in July 2018 to prevent users from endlessly scrolling through Instagram.

The Suggested Posts will make Instagram a tad more similar to TikTok in giving users a continuous feed of content.

To let the app know if you aren’t interested in a suggested post, simply tap the Menu button above the post and click on Not interested. Instagram said that these responses will be reflected in their future suggestions on the feed. You can also tap on View Older Posts to see previous posts from accounts you follow. Instagram, however, notes that you will not be able to hide Suggested Posts.