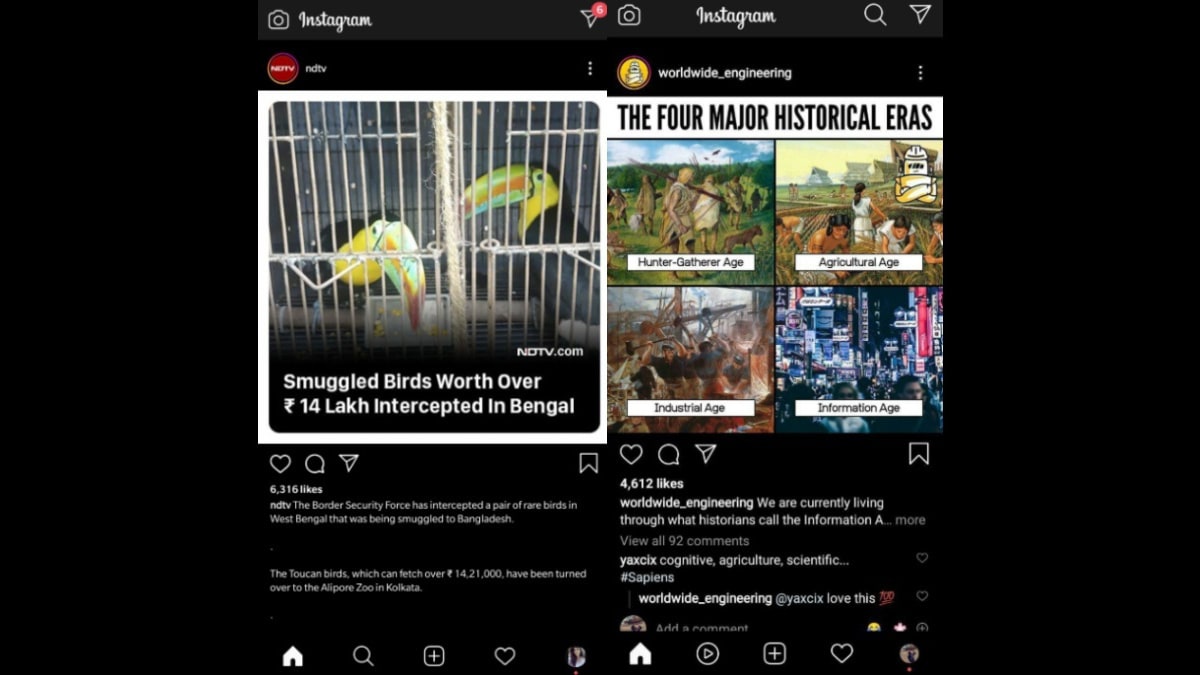 
Instagram seems to be testing a dedicated button for its Reels feature that will give the TikTok-competitor more prominence in the social media app. The Facebook-owned platform has introduced a separate button for Reels at the lower navigation bar in place of the frequently used Explore button. The Reels button will directly take users to a random Reels video, after which you can swipe to see another video, Until now, Reels was accessed within the Search tab itself. The Explore button has been moved to the top.

The new button for Reels has been rolled out to some users globally, including a handful in India. Instagram has not made any official announcement yet about the same, and the feature is not directly available in the latest update of Instagram. The Explore button, also known as the Search or Discover tab, has been shifted to the top of the Home page, next to the icon for Direct Messages.

Facebook’s Instagram was quick to jump on the short video making and sharing bandwagon made popular by Tiktok. Reels launched in India soon after the government banned TikTok and 58 other Chinese apps, and last week the feature was expanded globally. The US government also announced a ban on Tiktok and WeChat earlier this month that will come into effect within 45 days of the announcement.

Reels let users record and edit 15-second videos with audio, and add visual effects. Having a separate button for Reels brings it a step closer to its aspiration of pulling former users of TikTok. One of the main criticisms for Reels has been that there is no exclusive page for the feature, and that the Reel videos are often lost among the noise of Instagram’s other video features. Some users who have the new Reels button, however, took to Twitter to complain about this new feature, saying that it interfered with how they use the application, especially the Explore button.

I personally dont like Reels (because of the content) and today @instagram just removed the search button from bottom and added the reels button over there????‍♂️????‍♂️

Hello @instagram, replacing the Explore tab button at the bottom with a tab solely for Reels and bringing up the Explore screen only when I tap on the Search button at top is unintuitive behaviour. ????????

Let us know in the comments below if you can see the new Reels button on Instagram, and what you think of it.