Huawei is unveiling the Mate 40 series on October 22 and the rumors have been piling in. One of the most anticipated new additions will be the Kirin 9000 chipset based on the 5nm process and bringing a built-in 5G modem. Now we get our first benchmark of the SoC through Geekbench which showcases its might.

A Huawei device with the NOH-NX9 model number which we presume is the Mate 40 Pro managed a 1,020 single-core score and a 3,710-point outing in the multi-core department. To put that into context, current flagships like the Snapdragon 865-powered Galaxy Note20 Ultra manage around 900-points in the single-core test and roughly 3,100-points on the multi-core test. 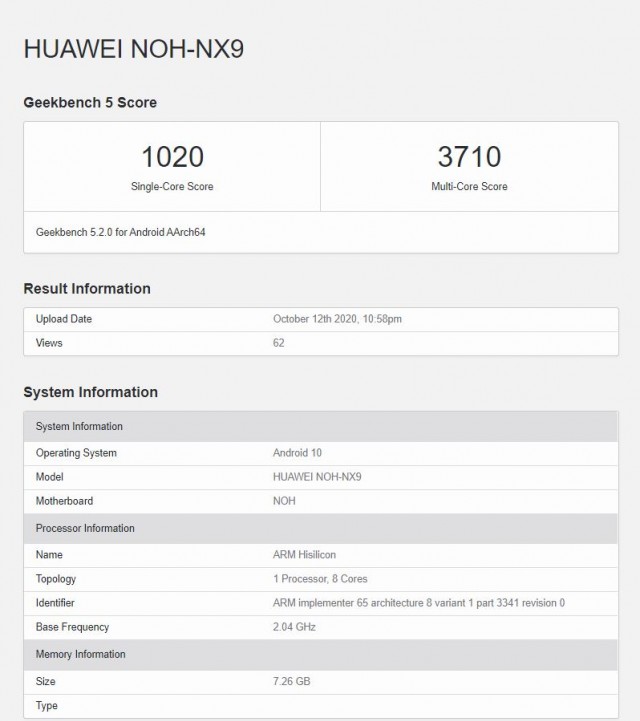 The new Kirin has a CPU with a base frequency of 2.04 GHz and reportedly comes with an overclocked ARM A77 big core ticking at over 3.1GHz. We can see the listing also reveals 8GB RAM and Android 10 on the software side.

In addition, we have a new teaser for the Mate 40 series in the form of a short video detailing the past nine generations of Mate series phones. It’s a cool flashback between 2013’s Huawei Mate and last year’s Mate 30 series as well as every Mate device in between.