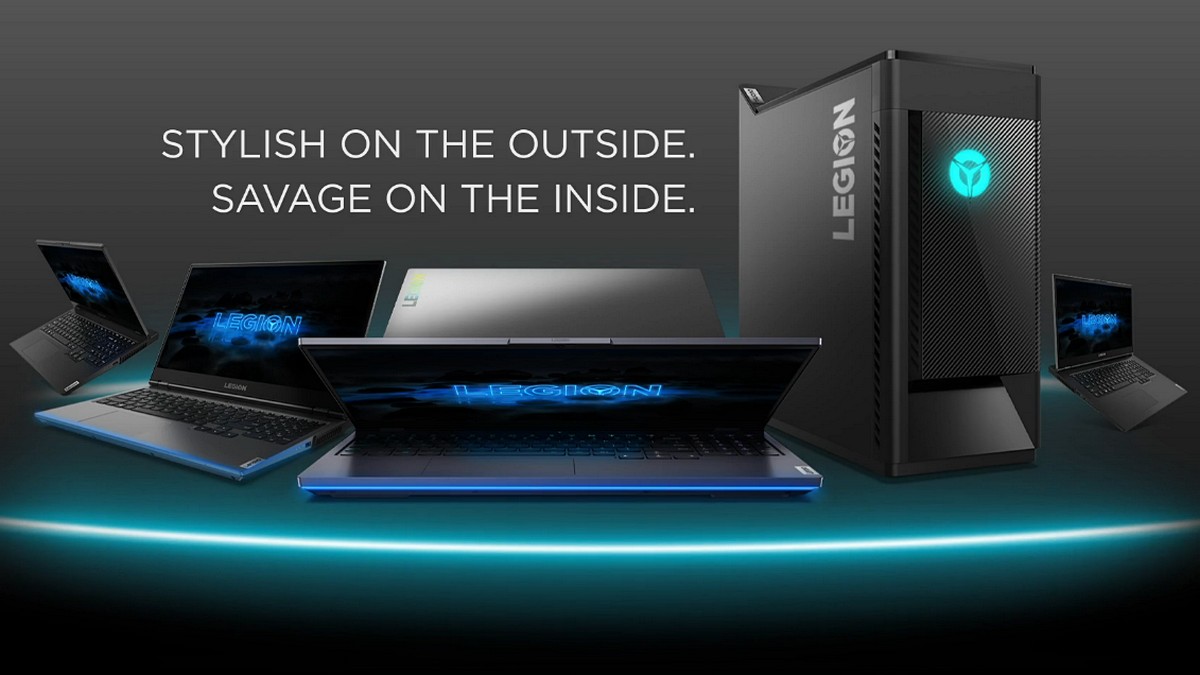 
Lenovo Legion Phone Duel launch in India got delayed at the last minute, a company executive told Gadgets 360. The phone was supposed to launch alongside Lenovo’s new gaming laptops which released this week, Gadgets 360 has learnt, but was put on hold just ahead of the launch. The Legion Phone Duel is Lenovo’s first attempt at a gaming smartphone in a market that seems to be rapidly expanding. Like other gaming phones, it brings in features like high refresh rate and sampling rate screen, top of the line processor, and additional triggers and buttons to use in games. The Lenovo Legion Phone Dual has been launched in China and is aimed at select markets of Asia Pacific, Europe, Middle East, and Africa (EMEA), and Latin America at a later stage.

Gadgets 360 spoke to Shailendra Katyal, Executive Director, Consumer PCs and Smart Devices at Lenovo on the sidelines of the Legion laptop launch, and discussed the gaming phone, the new laptops, and Lenovo’s view of the gaming market in India. Speaking on the phone, Katyal said that the initial plan was to bring the Legion phone to India along with the laptops, but now the Legion phone will instead come to India when the price point becomes more acceptable, and the retail network is better equipped, he added. The COVID-19 pandemic has caused imports to become more expensive and analysts say that availability will also be a problem, which could explain why Lenovo is not launching the Legion Phone Duel in India right now.

Unlike the smartphone market, the Legion laptop brand is now well established in India, having first launched here in 2017. According to Katyal, Lenovo holds a nearly 25 percent market share in gaming laptops, and sees gaming as a fast-growing market. Today, with people stuck in their homes thanks to lockdowns, Lenovo sees the opportunity to grow in the gaming space in particular, and Katyal shared his thoughts about the company’s plans as well as the Indian gaming market.

Has the market for gaming laptops grown during these times? How has the pandemic situation affected demands in various segments of laptops?

Given the rise in the need for remote and flexible working from businesses across India during this lockdown, we have seen an inevitable increase in demand for laptops and supporting accessories.

Lockdown and the pandemic have led to a growth in laptop demand, across segments, starting from commercial laptops for working from home, consumer laptops for WFH [Work From Home] and online classes, and the gaming laptops for more virtual engagement amongst the gaming community. The gaming community grew significantly where several gamers across different levels of maturity took to engaging in online battlefield as Online games were also being perceived as a means for stress relief, during time of quarantine/ lockdown.

Lenovo has seen an increase of 11 to 12 percent this year compared to last year, in terms of units sold. And the gaming laptops constitute almost 20 percent of the company’s revenue share.

Are all Legion buyers gamers, or is there feedback of others buying gaming laptops because the specs meet other requirements?

Customers understand these laptops have dual usage; they can be used for gaming as well as productivity. Lenovo follows the “Work and Play” mantra with its laptops offering specifications that are useful for creating content like colour accurate displays that are essential for photo and video editing, as well as powerful CPUs and GPUs for various workloads. So, yes, the reach stretches beyond just gamers.

Which is your best-selling Legion laptop in India?

Lenovo has secured nearly a 25 percent market share in gaming in India, meaning 1 out of every 4 [gaming] laptops bought in the country is a Lenovo gaming laptop. With that said, the Legion Y540 has been the best-selling model in the past year. The configuration with the Nvidia GeForce GTX 1650, 1TB HDD + 256GB SSD has been the company’s best-selling model. The Legion Y540 is a relatively budget friendly offering so it makes sense that demand for it was the highest.

Do customers in India care about specs like “1ms response time”, “Vapor Chamber Cooling”, “Pantone certification” — what matters most to the customers, based on the feedback you get?

Customers do care about these specifications, in fact, they search for them. Gamers in particular look up specifications like “1ms response time” and it’s not just about the CPU and GPU. They acknowledge the competitive edge a faster refresh rate screen can give them. Listening to PC gamers, we engaged with a panel of 7,800 consumers from around the world in 2019 (gamers and non-gamers) to better understand their needs through a series of surveys. Based on our findings, we integrated customer insight and anticipated their needs to inspire and drive our innovations, including crafting better keyboard design, smarter thermals, top web cam placement and easy access to ports design.

Improvements over previous generation Legion laptops and what are the design changes in this new generation line-up?

This time around, the arrow keys are larger. And a much-requested demand from customers was the web cam positioning. The previous generation Legion laptops came with the webcam on the chin below the display which wasn’t ideal. This new generation brings the webcam back to the top which is a more preferred location for it. The screen to body ratio has been further increased for better immersion. The ‘Work and Play’ makes these laptops suitable for multiple use cases.

Between 10th gen Intel CPU and 4000 series Ryzen CPU, which is more favoured by customers?

While the recently released laptops feature 10th generation Intel CPUs, Ryzen is definitely part of the game plan. And laptops featuring Ryzen CPUs should arrive soon. The acceptance for AMD Ryzen processors has surely increased over the years and people have become more aware about it. Though, at this time, Intel still holds a greater share, the response to Ryzen CPU based laptops is also positive.

Yes, the Legion desktops are a key part of the portfolio. While the entry level series i.e. IdeaCentre series is already available, the new Legion series gaming desktops will arrive sometime later in the quarter.