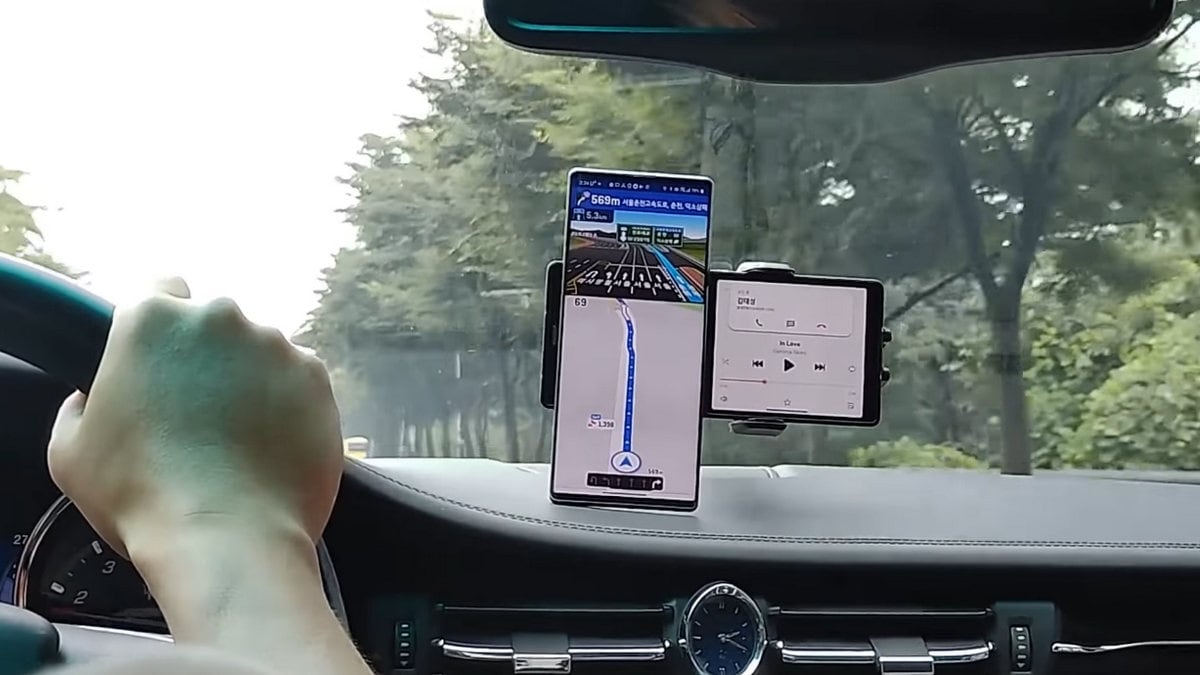 
LG Wing, the South Korean tech giant’s rumoured dual-screen phone, has reportedly been leaked through a video giving us a first look at its unique design. An online publication has allegedly got access to a video showing the LG Wing (not the official name) in action, being used for navigation and as a music player simultaneously, thanks to its dual screens. The phone first popped up in the news back in May and at the time, it was tipped to launch in the second half of 2020.

According to a video obtained by Android Authority, the LG Wing can be seen mounted on a phone holder in a car. The main screen that is in a vertical position shows the navigation and the second screen that is placed behind the main screen horizontally (giving the phone a T-shape) has the music player running on it. Since the second screen is behind the vertical one, only half of it is visible.

Talking about the main or front screen, it appears to have slim bezels on all sides, and no notch or hole-punch cutout can be seen on it. The smaller second screen, as seen in the video, gets an incoming call that is then answered through that screen itself. This shows that the incoming call did not appear on the main screen allowing for uninterrupted navigation. It can be speculated that LG has added some software features that allow calls and notifications to be shown on the second display when the main screen is running a full screen app.

The report by Android Authority states that the second display is smaller and flips out from the bottom of the main display.

The phone first appeared in the news back in May when a Korean publication shared an image for it, showing the same design as seen in the new leaked video. At the time, the phone’s primary display was touted to be 6.8 inches while the secondary display was said to measure four inches with a 1:1 aspect ratio.

With the phone now re-appearing with the latest leak, it is possible that LG announces it within this year.