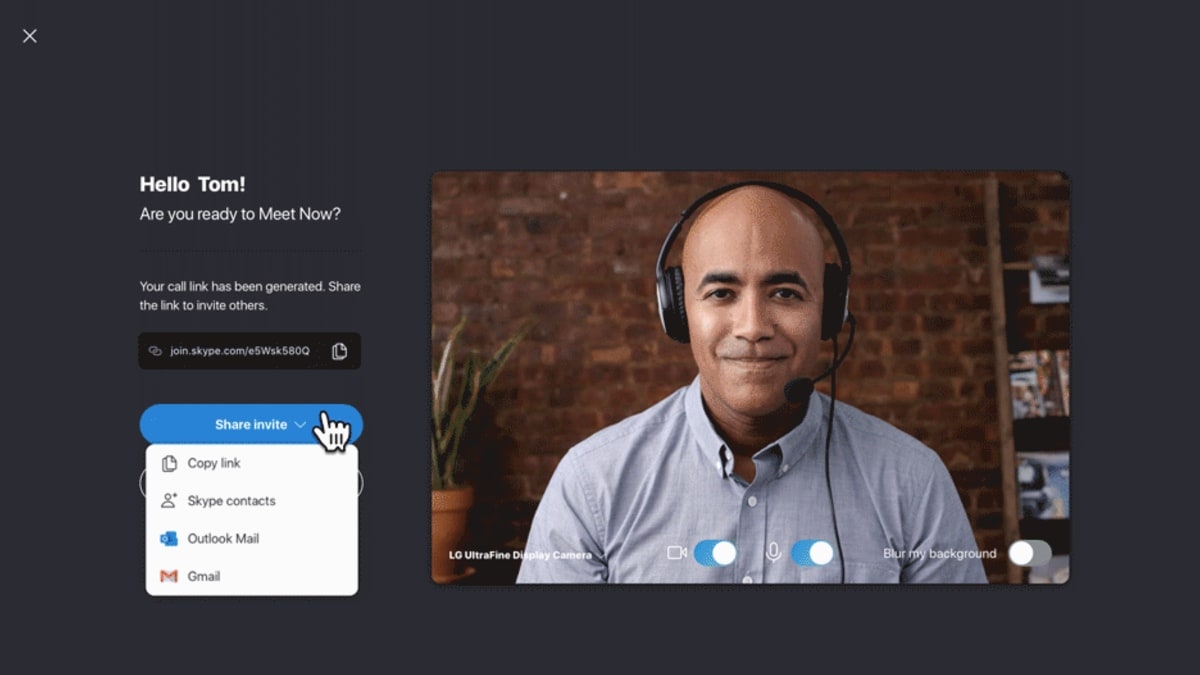 
Microsoft is bringing a “Meet Now” icon to the taskbar of the latest Windows 10 version to let users quickly set up a video call and invite their friends and colleagues to discuss things virtually. The new development comes over six months after the Redmond company introduced the Meet Now feature on Skype to let people start a virtual group conversation without requiring any app or sign up. Emerging players including Zoom have seen a significant increase in their adoption during the pandemic. However, Skype hasn’t received any major growth. Microsoft’s latest move is, thus, a strategy to boost Skype usage.

Initially, Microsoft is providing Meet Now on the taskbar of the Windows 10 Insider Preview Build 19042.608 (KB4580364). The new Windows 10 release is also available in the Beta channel for initial testing. Nevertheless, if everything works well, Microsoft seems to be in plans to bring the new experience to all Windows 10 users in the coming future.

“In the coming weeks, you will be able to easily set up a video call and reach friends and family in an instant by clicking the Meet Now icon in the taskbar notification area,” Microsoft’s Senior Program Manager Brandon LeBlanc wrote in a blog post announcing the new Windows 10 update.

Last month, Microsoft rolled out the Meet Now button to Windows Insiders on the Dev channel. That testing has supposedly helped the Windows maker to now bring the same experience to beta testers.

As per a support page on the Microsoft site, the Meet Now icon on the taskbar is already available on Windows 10 versions 1903 and 1909 through the KB4580386 release. Users on the latest Windows 10 version are, however, yet to receive the new feature.

Skype received the Meet Now feature in April to let users quickly make a video call and invite their contacts directly through a link — without requiring any specific app or sign up. The experience is similar to how you invite someone for a virtual meeting on Zoom. The recipients of the invites can join a call through their Web browser using Skype for Web or can even disallow their microphone and camera and just hear or see the video on their systems.

Alongside making way for the Meet Now icon, Microsoft has provided an enormous number of fixes and improvements through the latest Windows 10 build that is available for the Insiders who are on 20H2 or Windows 10 October 2020 Update.

The Windows 10 update fixes issues using Group Policy Preferences to configure the homepage in Internet Explorer. It also addresses the problem with untrusted URL navigation from Internet Explorer by opening them in Microsoft Defender Application Guard using Microsoft Edge. Similarly, the update fixes the issue that was affecting developer tools in Microsoft Edge for remote debugging on a Windows 10 machine.

Microsoft has also given admins the ability to use a Group Policy to enable Save Target As for users in Microsoft Edge IE Mode. The update also includes fixes for displaying incorrect CPU frequency and DDE apps. Further, there is a fix for the issue with starting Windows Subsystem for Linux 2 (WSL2) on ARM64 devices. A deadlock in the Transmission Control Protocol/Internet Protocol (TCPIP) driver that limiting the performance of the operating system has also been fixed.