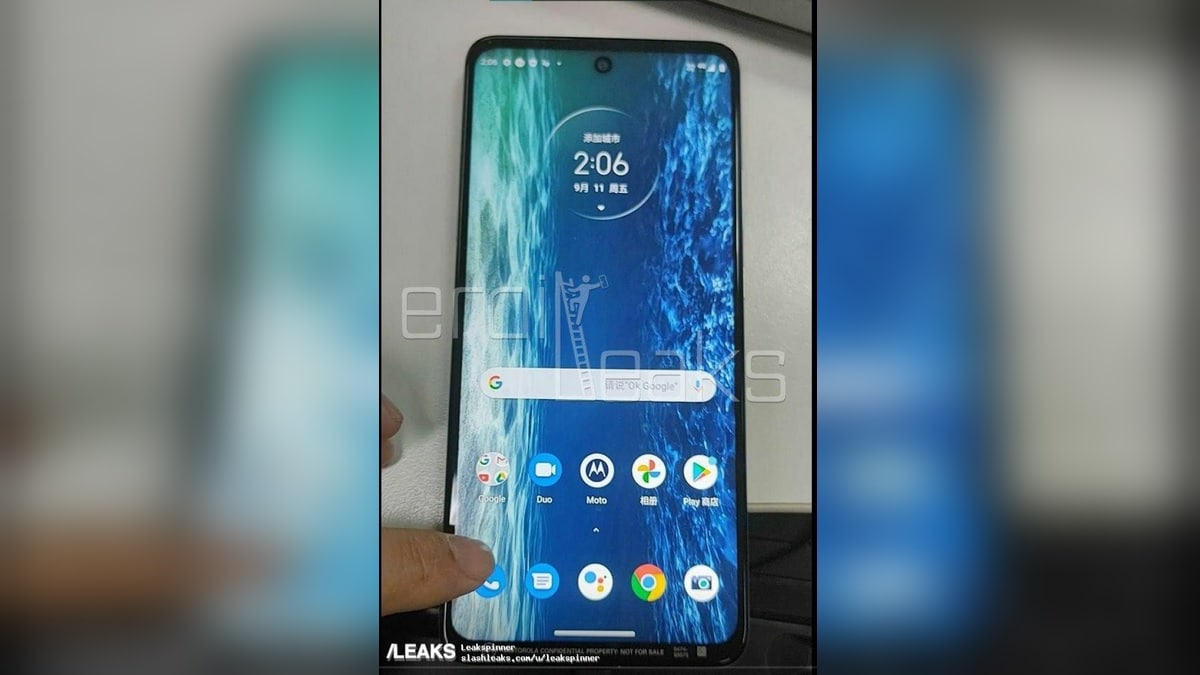 
Motorola Moto G 5G smartphone has been tipped to feature the newly announced Snapdragon 750G SoC and key specifications for it have been leaked as well. The Moto G 5G is the vanilla variant of the Moto G 5G Plus that was launched back in July. Specifications and an image for the non-Plus variant have been leaked suggesting that the phone will feature a single hole-punch cut out for the selfie camera and come with a triple rear camera setup.

It was originally believed that the Motorola Moto G 5G will be powered by the Snapdragon 690 SoC but the latest report by TechnikNews states that it may come with the recently announced Snapdragon 750 SoC. Adam Conway and Mishaal Rahman from XDA Developers then shared that the Moto G 5G will feature a 6.66-inch full-HD+ (1,080×2,400 pixels) display with 60Hz refresh rate. The phone will be powered by the Snapdragon 750 SoC and come with 6GB of RAM with 128GB of storage.

The phone is expected to feature a triple rear camera setup that includes a 48-megapixel primary sensor, an 8-megapixel secondary sensor, and a 2-megapixel tertiary sensor. On the front, the Motorola Moto G 5G may come with a 16-megapixel camera sensor in a centrally located hold-punch cut out. The phone is said to be backed by a 5,000mAh battery and have a Google Assistant button as well. It may run on Android 10 and have NFC support.

Coming to the design, an image shared by SlashLeaks shows a hole-punch design for the Moto G 5G display that has slim bezels on three sides and a slightly thicker chin.

Lenovo-owned Motorola has not shared any information on the Moto G 5G yet, and it is unclear when the phone will be announced.