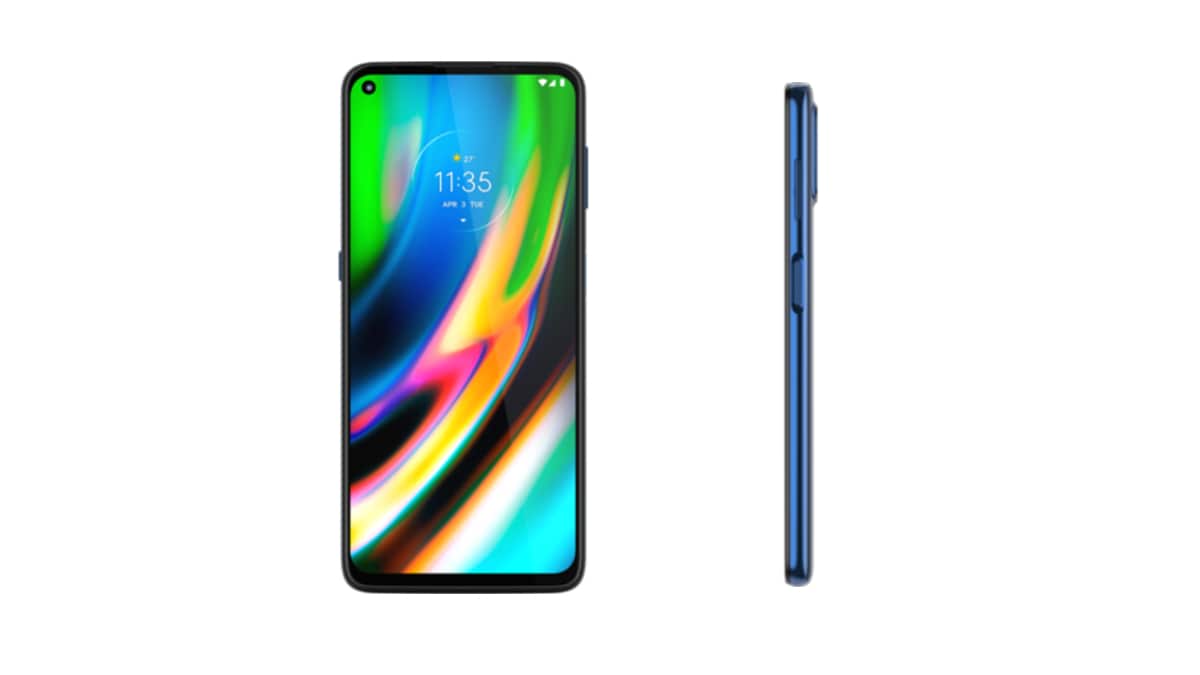 
Moto G9 Plus specifications and price may just have been revealed by a telecom carrier. The upcoming Motorola smartphone has been listed by mobile network operator Orange Slovensko, and such specifications as a 6.8-inch full-HD+ display and a quad rear camera with a 64-megapixel primary camera has been mentioned. It appears the Moto G9 Plus will be the larger variant of the Moto G9, which was launched last month. The Moto G9 listing shows only one colour as of now – blue.

The Motorola Moto G9 Plus will have a punch hole camera In the front, as per the pictures on Orange Slovensko’s listing and is priced at EUR 235 (roughly Rs. 20,300). The phone has 4GB of RAM onboard, and 128GB of inbuilt storage that’s expandable via microSD cards. The display has a 1080×2400 pixels resolution, while the smartphone will run on Android 10.

The Orange Slovensko listing was first spotted by Roland Quandt of WinFuture.

According to earlier leaks, the Moto G9 Plus will have 30W fast charging support. The phone has been earlier been spotted on other listings too, but none of them have had detailed specifications listed earlier. It is likely that the phone will be launched soon, first in Europe and then for other markets.

The Lenovo-owned company had launched the Moto G9 just a couple of weeks back, and it was brought to Europe as the Moto G9 Play. The smartphone runs on Qualcomm Snapdragon 662 SoC, and is coupled with 4GB of RAM and 64GB built-in storage. It has a quad rear camera setup, with a 48-megapixel primary sensor, and an 8-megapixel front camera. It has a 6.5-inch HD display (720×1600 pixels), packs a 5,000mAh battery, and starts at Rs. 11,499.