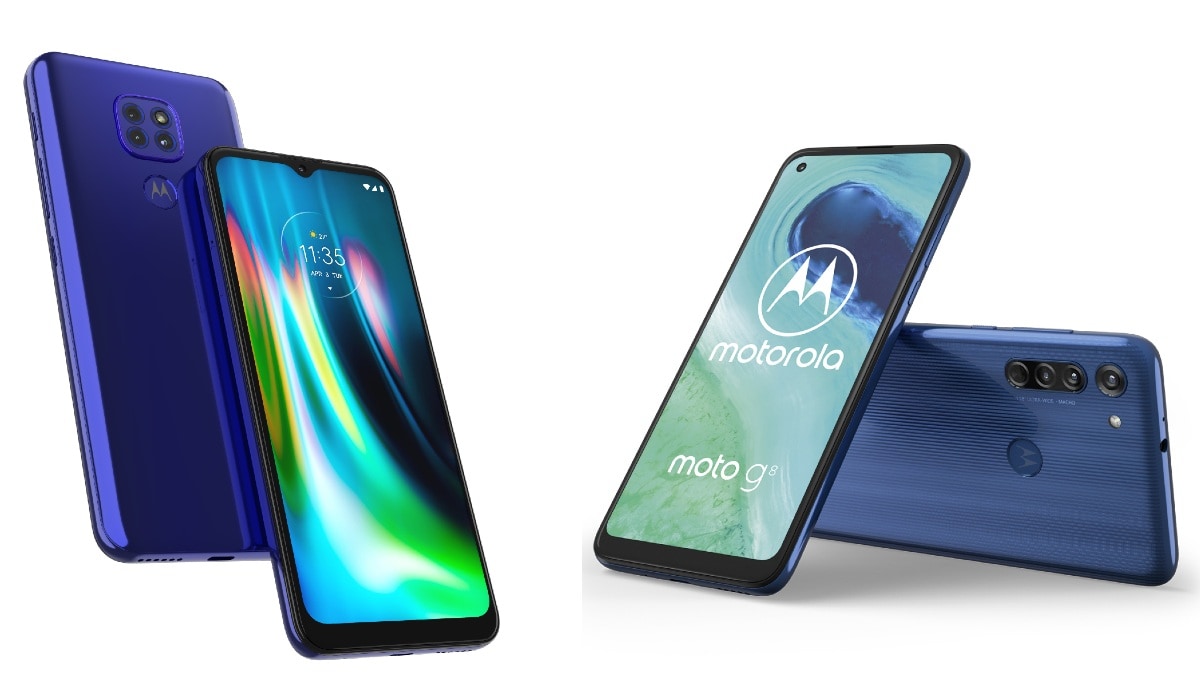 
Moto G9 debuted in India on Monday as the latest smartphone by Motorola. The new smartphone is the successor to the Moto G8 that was launched in Brazil in March. Similar to the Moto G8, the Moto G9 comes with a triple rear camera setup. The new phone, however, has a list of differences over its predecessor. The Moto G9 has some design-level changes including a waterdrop-style display notch that makes it look different from the Moto G8 that had a hole-punch design.

Here, we are comparing the Moto G9 price and specifications with those of the Moto G8 to detail all the key differences.

Moto G9 price in India is set at Rs. 11,499 for the lone, 4GB RAM + 64GB storage variant. The phone comes in Forest Green and Sapphire Blue colour options and will be available for purchase in the country starting August 31. In contrast, the Moto G8 was introduced in Brazil with a price tag of BRL 1,299 (roughly Rs. 17,100). That model also had 4GB RAM + 64GB storage configuration and was launched in Pearl White and Neon Blue colours. Moreover, it is important to note that the Moto G8 didn’t launch in India.

The Moto G9 has all the modern connectivity options that include 4G VoLTE, Wi-Fi 802.11ac, Bluetooth v5.0, GPS/ A-GPS, NFC, USB-Type C, and a 3.5mm headphone jack. The Moto G8 also has most of these options, though it lacks NFC and has Wi-Fi 802.11 b/g/n. Both phones also come with a rear-mounted fingerprint sensor.

Motorola has provided a 5,000mAh battery on the Moto G9 that is touted to deliver up to two days of power on a single charge and supports 20W fast charging. The Moto G8, on the other hand, packs a 4,000mAh battery with 10W charging support.

Is Redmi Note 9 Pro Max the best affordable camera phone in India? We discussed this on Orbital, our weekly technology podcast, which you can subscribe to via Apple Podcasts or RSS, download the episode, or just hit the play button below.