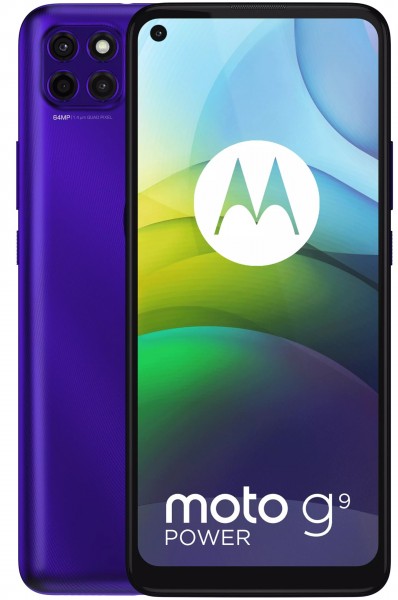 
Motorola’s Moto G9 lineup currently consists of two smartphones – Moto G9 Plus, and Moto G9 Play, that is known as Moto G9 in India. Now a WinFuture leak reveals that a Moto G9 Power is about to join them and gave us most of the details on it.

The Moto G9 Power will feature an IPS display that measures 6.78″ diagonally and have a resolution of 1640×720 pixels. It will also have a punch hole in the upper-left corner for the 16MP selfie camera.

The textured back of the Moto G9 Power will see a fingerprint reader keeping company to the squircle-shaped island in the top-left corner, which will house an LED flash and three cameras. The primary unit will be based on the new smaller 64MP sensor (1/1.97″) from Samsung and F/1.79 lens, which will make it the second smartphone after the LG K92 5G to have it. The purpose of the other two shooters is unknown. 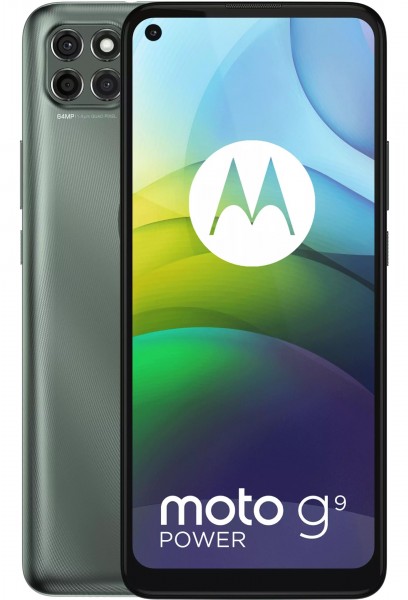 Under the hood, the Moto G9 Power will have a Snapdragon 662 SoC with 4GB RAM and 128GB storage. It will also come with a microSD card slot for storage expansion and run Android 10 out of the box.

Fueling the entire package will be a huge 6,000 mAh battery with 20W charging support. The rest of the highlights of the Moto G9 Power will include two Nano-SIM card slots, a 3.5mm headphone jack, a USB-C port, and Bluetooth 5.0.

There’s no word from Motorola about the Moto G9 Power yet, but the source claims the smartphone will go official soon and will be priced around €250.