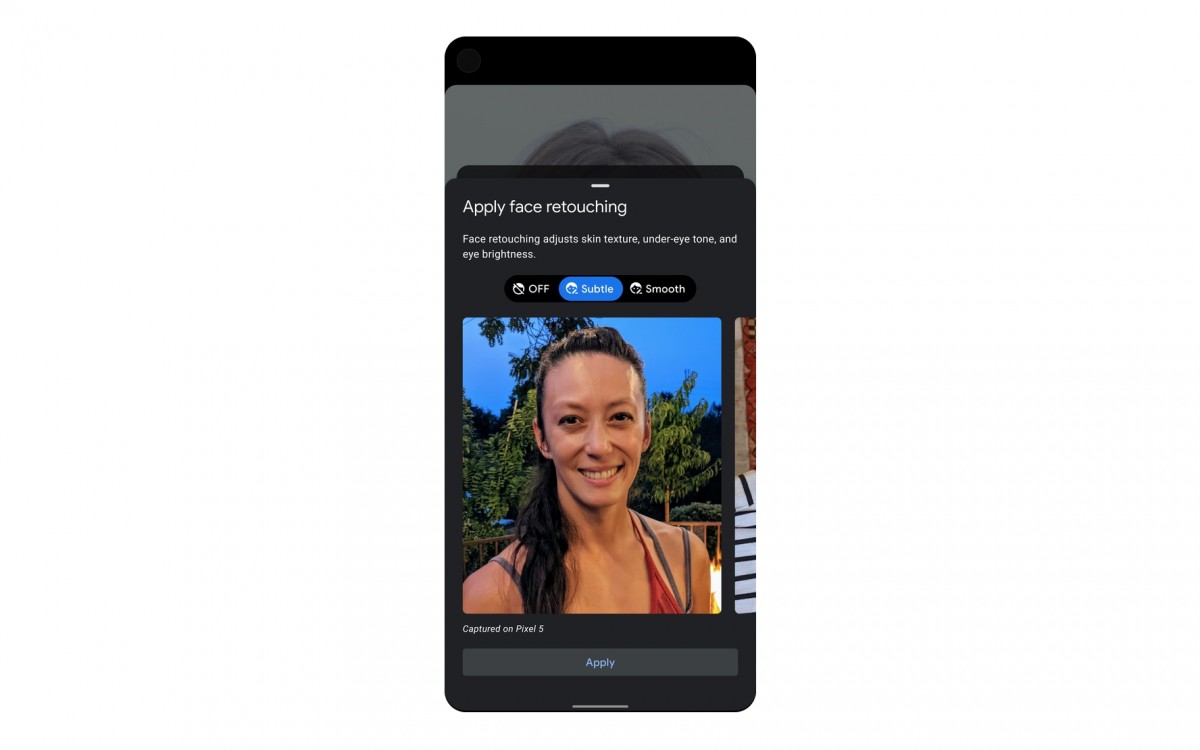 New Pixel phones to take selfies without retouching by default


Google smartphones have some of the smartest algorithms for processing images and the company has applied its knowledge to the Portrait mode in the Camera app as well. Up until now, there was a Face Retouching feature that was defaulting at Natural/Subtle (which is the middle option between Off and Smooth) and was clearing some blemishes and straightening some day-old wrinkles.

The company has announced on its blog that starting with the Pixel 5, Pixel 4a, and Pixel 4a 5G, the feature will now be Off by default, while the options will provide neat explanation what it does.

According to multiple studies conducted by Google, having the beautification filter turned on can lead to a negative impact on the mental wellbeing of the user. They are “quietly setting a beauty standard that some people compare themselves against”.

This leads to creating “people-centered guidelines” that would mean setting the Camera feature to Off and then the user can opt in to alter its appearance.

Google also acknowledged that a lot of people prefer to use stickers and filters, but nodded to Snapchat and its owner Lens Studio for also defaulting to an “unfiltered camera experience” and then allowing users to opt-in to lenses.

Mountain View did not reveal when other Pixel phones will get the Camera app update but we expect it to arrive with the next security package at the beginning of November when the Pixel 5 and its newest sibling arrive for sale.