HMD Global’s Nokia 5.3 is among the very few new phones that are part of the Android One programme. It starts at Rs. 13,999 in India and runs stock Android. That’s not all, it comes with a promise of two years of major Android version updates and three years of security updates, which smartphones in the budget segment don’t usually get. Is the stock Android experience the only thing on offer with the Nokia 5.3? I review it to find out.

Budget smartphones have to cut corners, and the first place that happens is usually the materials and construction quality. Smartphones at this price point are usually made out of plastic, and the Nokia 5.3 is no exception here. However, it does not feel cheap in any way. It looks as though the Nokia 5.3 should be able to take a few knocks and still keep going.

There is Corning Gorilla Glass 3 on the display which should help keep it from getting scratched. I like the big 6.55-inch display on the Nokia 5.3, and knowing that it has some sort of protection is reassuring. It’s crisp enough with its HD+ resolution though this isn’t the highest resolution you’ll get at this price point. HMD Global has gone for a 20:9 panel which is good for viewing videos in landscape mode, but reaching the top of it when using this phone in one hand isn’t easy. There is a dewdrop notch at the top which houses an 8-megapixel selfie camera.

HMD Global has packed a 4,000mAh battery in the Nokia 5.3 and managed to limit the device’s thickness to 8.5mm. As a result, the Nokia 5.3 does not feel bulky in the hand. At the back, it has a quad-camera setup in a ring-shaped module. This stands out, as the competition either uses pill-shaped or squarish camera modules.

The power button has an integrated notification light

The Nokia 5.3 also has a dedicated Google Assistant button. You can disable it, but there is no official option to remap it to some other function. There are apps on the Play Store that should let you remap it if you wish. I also found the notification light in the power button to be a neat touch. It pulses when you have pending notifications.

In the box, you get a pair of earphones, which isn’t bundled with most budget phones these days. You’ll also get a case and a 10W charger. I would recommend that you use the case because the Charcoal colour unit that I had picked up smudges very easily. Nokia also offers two other colour options, Cyan and Sand.

Nokia 5.3 specifications and software: Android One

When you look at the specifications there is nothing out of the ordinary that’ll catch your attention. HMD Global has picked the Qualcomm Snapdragon 665 SoC to power the Nokia 5.3. This is a known processor and has been powering other smartphones such as the Redmi Note 8 (Review). There are two variants of the Nokia 5.3 on sale. The base variant offers 4GB of RAM and 64GB of storage, while the higher one offers 6GB of RAM and 64GB of storage. These are priced at Rs. 13,999 and Rs. 15,499 respectively. I had the 4GB RAM variant for this review.

In terms of software, you get stock Android 10. The Android One programme means that the Nokia 5.3 does not have any preinstalled bloatware and the UI is very similar to what you’ll find on Google Pixel smartphones. I like the clean stock experience but if you prefer additional features then this phone might not impress you right away. Since there are no customisations, it took me no time to get used to the interface. Gesture navigation is enabled by default but you do get the option to switch back to the traditional three-button navigation layout. 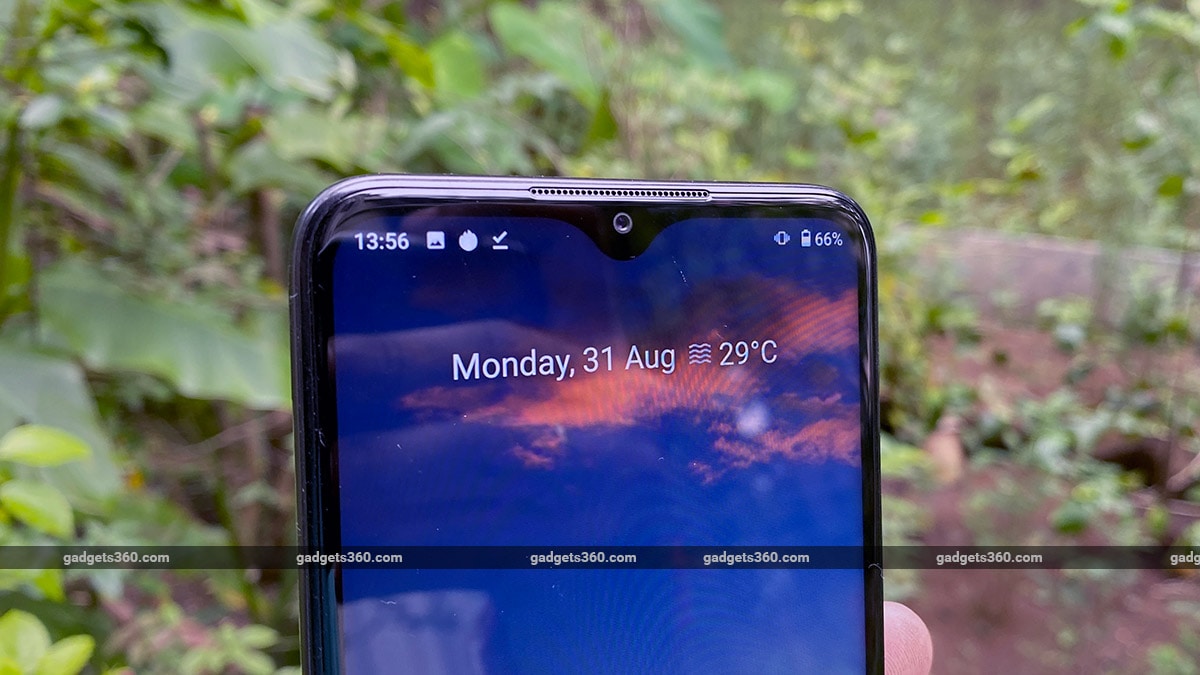 The tall display on the Nokia 5.3 has a dewdrop notch at the top

When I unboxed the smartphone it was running the May Android security patch, but it got three updates, bringing it to the current August Security patch. This is a good sign and if HMD Global maintains this approach then you can expect the Nokia 5.3 to be up to date with security patches for three years.

There are a few basic gestures on the Nokia 5.3. You can swipe on the rear fingerprint scanner to pull the notification shade down, and double-press the power button to launch the camera app. Overall, if you prefer stock Android, you will like the Nokia 5.3.

After using the Nokia 5.3 for a few days I can say that it handles regular day-to-day usage with ease. Calling, messaging, and social media apps are not an issue, and you can multitask between them quite easily. I did not notice any slowdowns while using the smartphone. The tall display has decent viewing angles and it does get bright enough outdoors. I found the speaker to be fairly loud as well.

I ran our set of benchmarks to see where the Nokia 5.3 stands compared to some of the other smartphones at this price point. In AnTuTu, the Nokia 5.3 managed to score 167,750 points. It also got 312 and 1,399 points respectively in Geekbench’s single-core and multi-core tests. As for graphics benchmark GFXBench, the phone managed 50fps and 13fps in the T-Rex and Car Chase tests respectively. 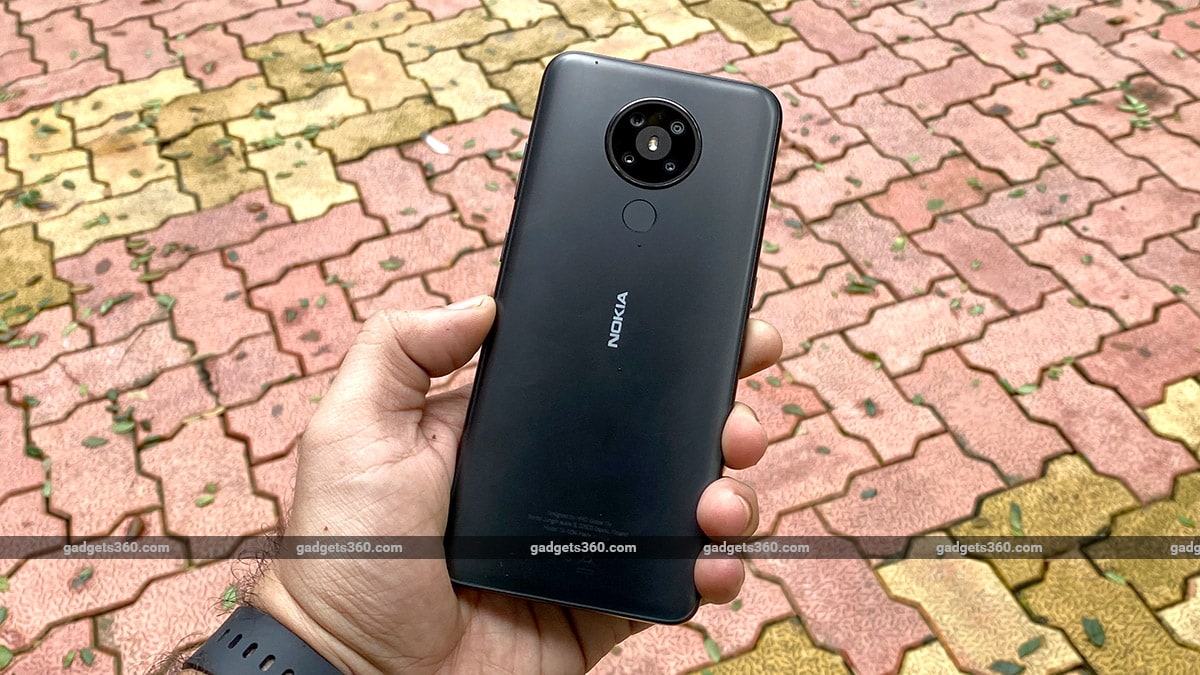 I played PUBG Mobile on the Nokia 5.3, and it defaulted to “Smooth” graphics and “Medium” frame rate. I could bump the graphics setting up to “Balanced” but the HD option wasn’t available. Playing at the higher setting I saw occasional stutter but the game ran well at the lower settings. If you play for longer durations, the back of the phone does get warm to the touch.

The 4,000mAh battery capacity of the Nokia 5.3 is slightly lower than average for the competition. You will get a full day of battery life out of it but it will need to be plugged in the next day. In our HD video loop test, the smartphone managed 11 hours and 50 minutes which is decent given the battery size. You get a 10W charger in the box, so charging isn’t very fast by today’s standards. It got the phone to 30 percent in half an hour and 56 percent in an hour. Charging the phone completely took close to two hours. I would have appreciated quicker charging.

The Nokia 5.3 has a quad-camera setup much like most other smartphones at this price in the market. It has a 13-megapixel primary camera sensor with an f/1.8 aperture, a 5-megapixel ultra-wide angle camera, a 2-megapixel macro camera, and a 2-megapixel depth sensor. The camera app is very simple and easy to use. It has scene detection which is quick to determine what the camera is pointed towards.

In the photo mode the Nokia 5.3 takes 13-megapixel shots. In daylight, photos lacked dynamic range and fine grain was visible in the output on zooming in. Shots taken with the wide-angle camera were of a lower resolution, and these too were grainy. 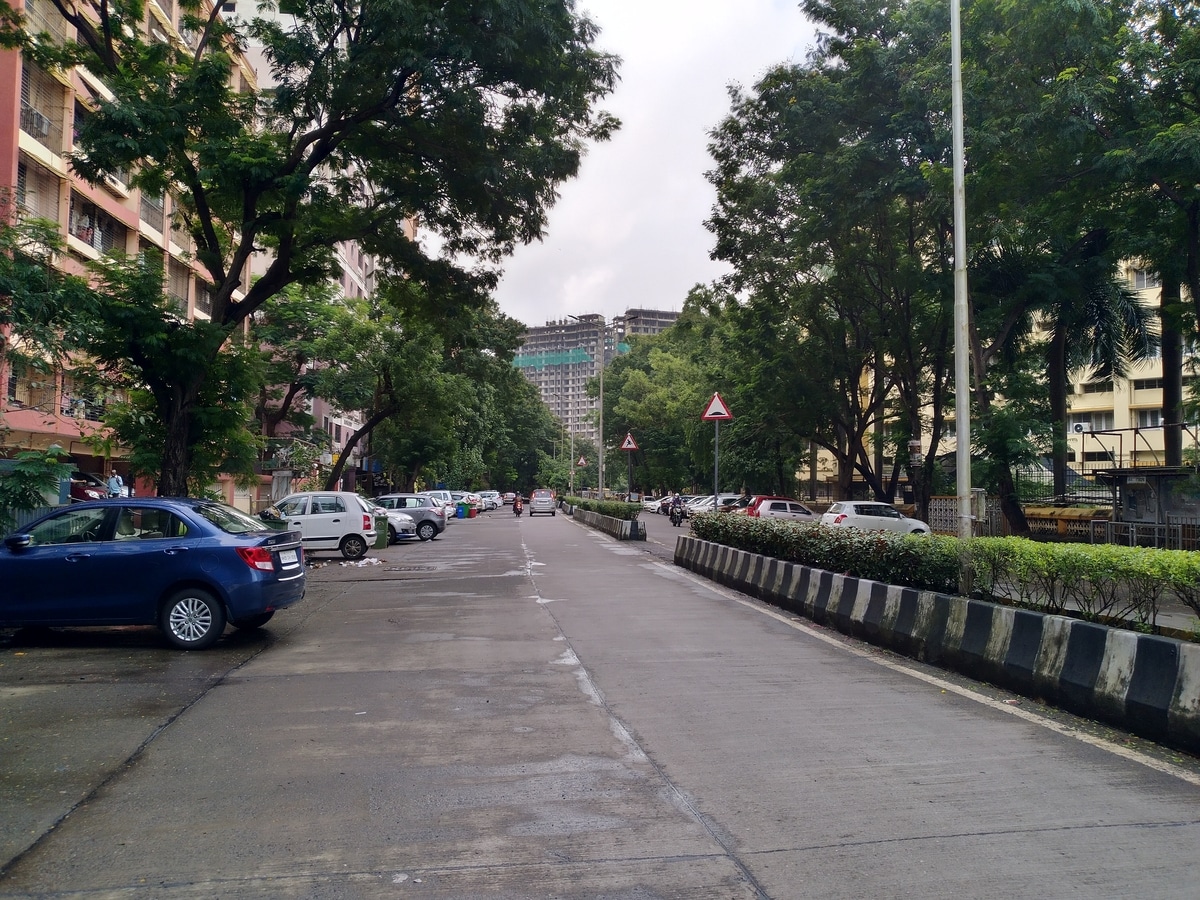 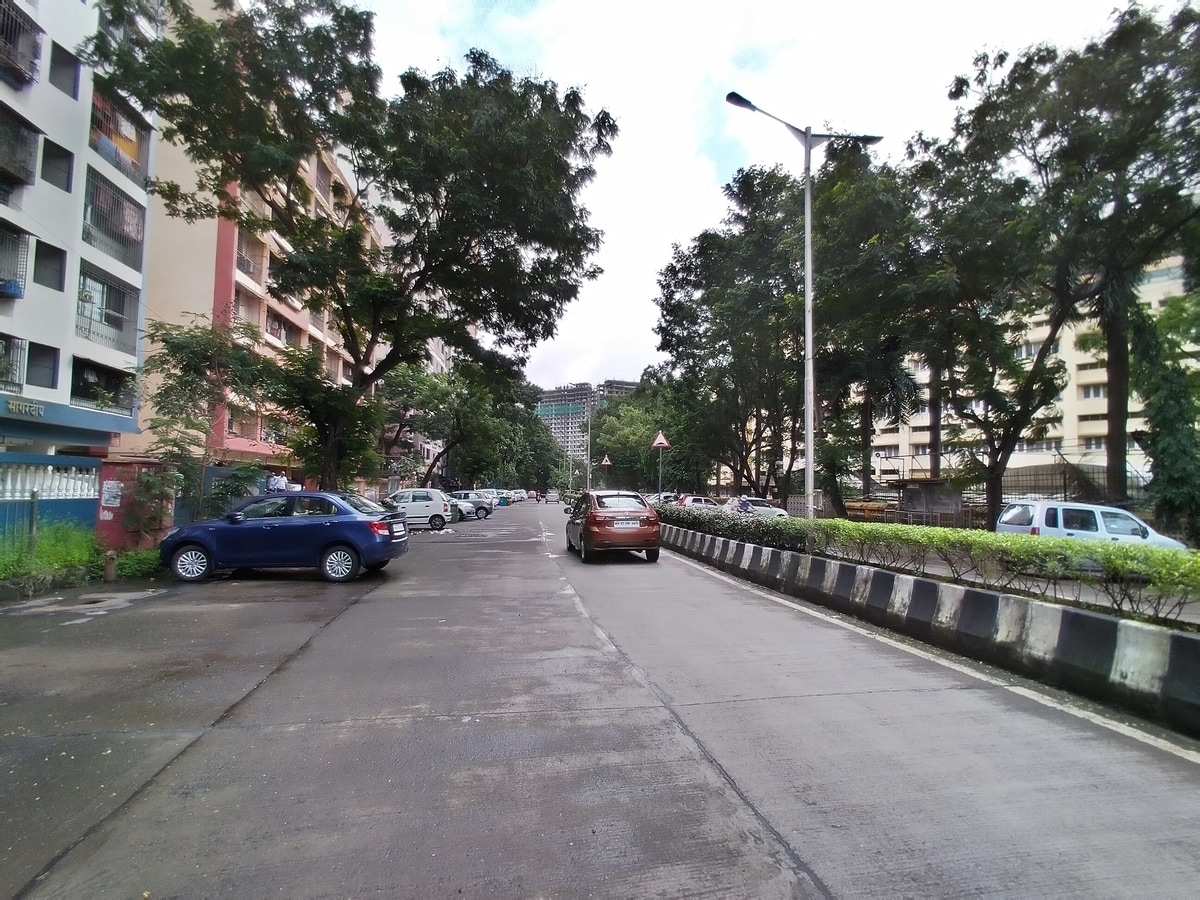 The Nokia 5.3 managed close-up shots better, with good details and a soft depth effect for the background. Portrait shots taken with the Nokia 5.3 had good edge detection, and the camera app does let you set the level of blur before taking a shot. I found the macro camera to be strictly average, and a subject needs to be well lit for shots to come out looking decent. 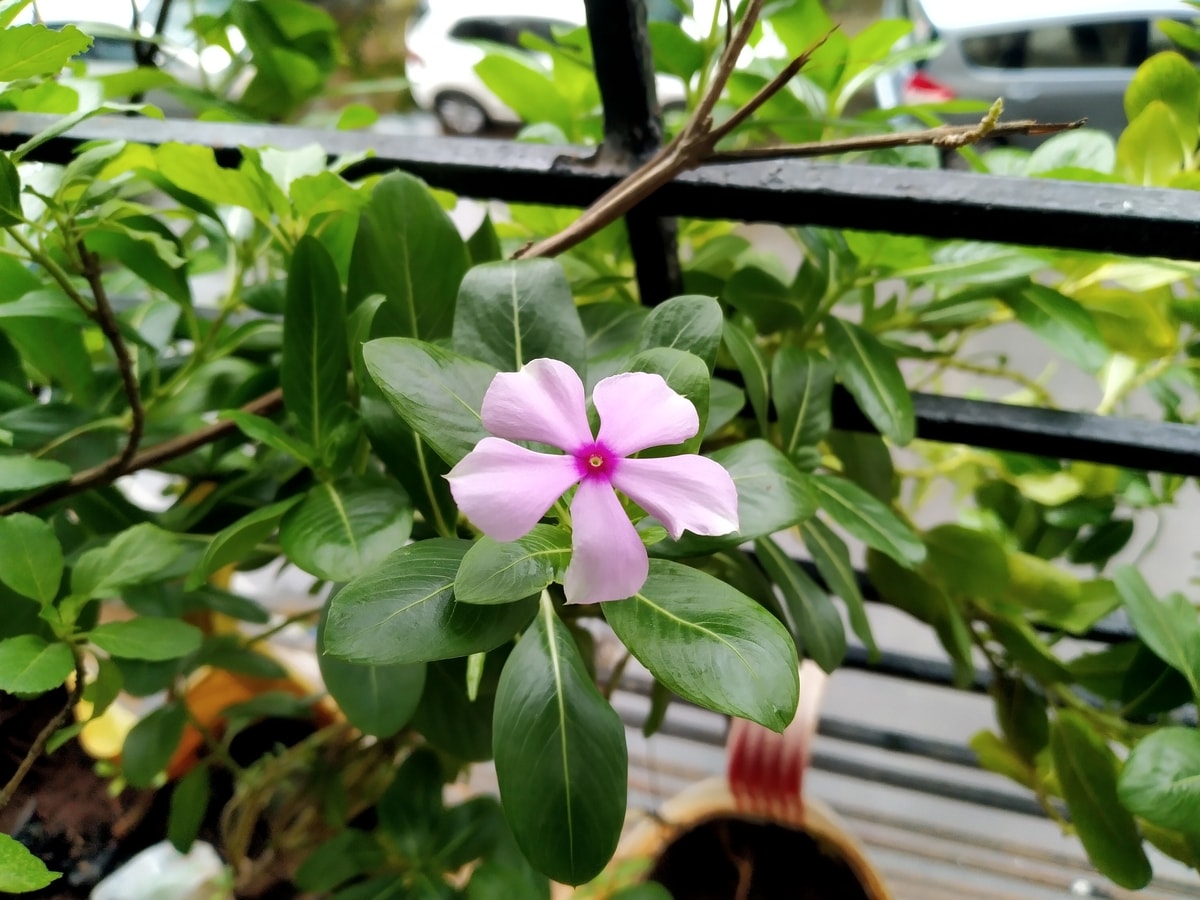 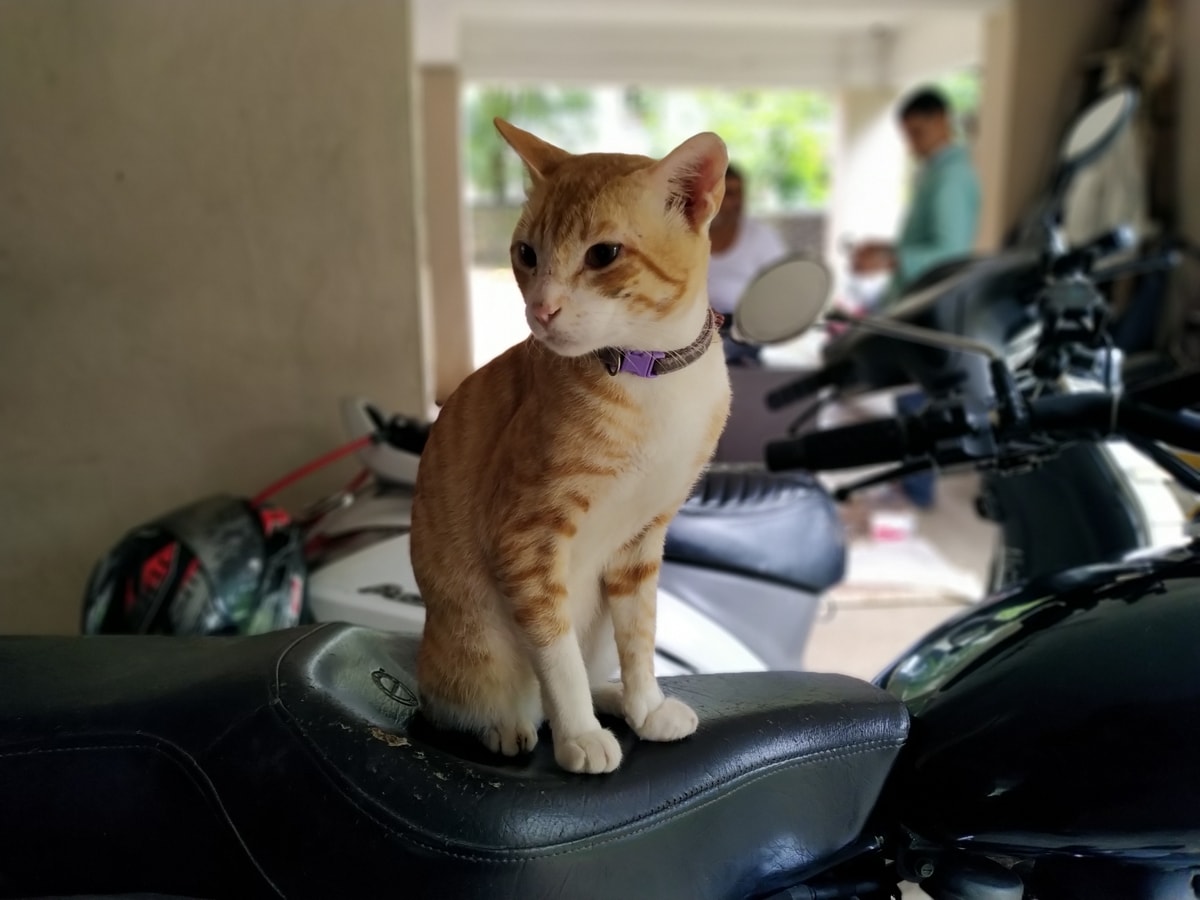 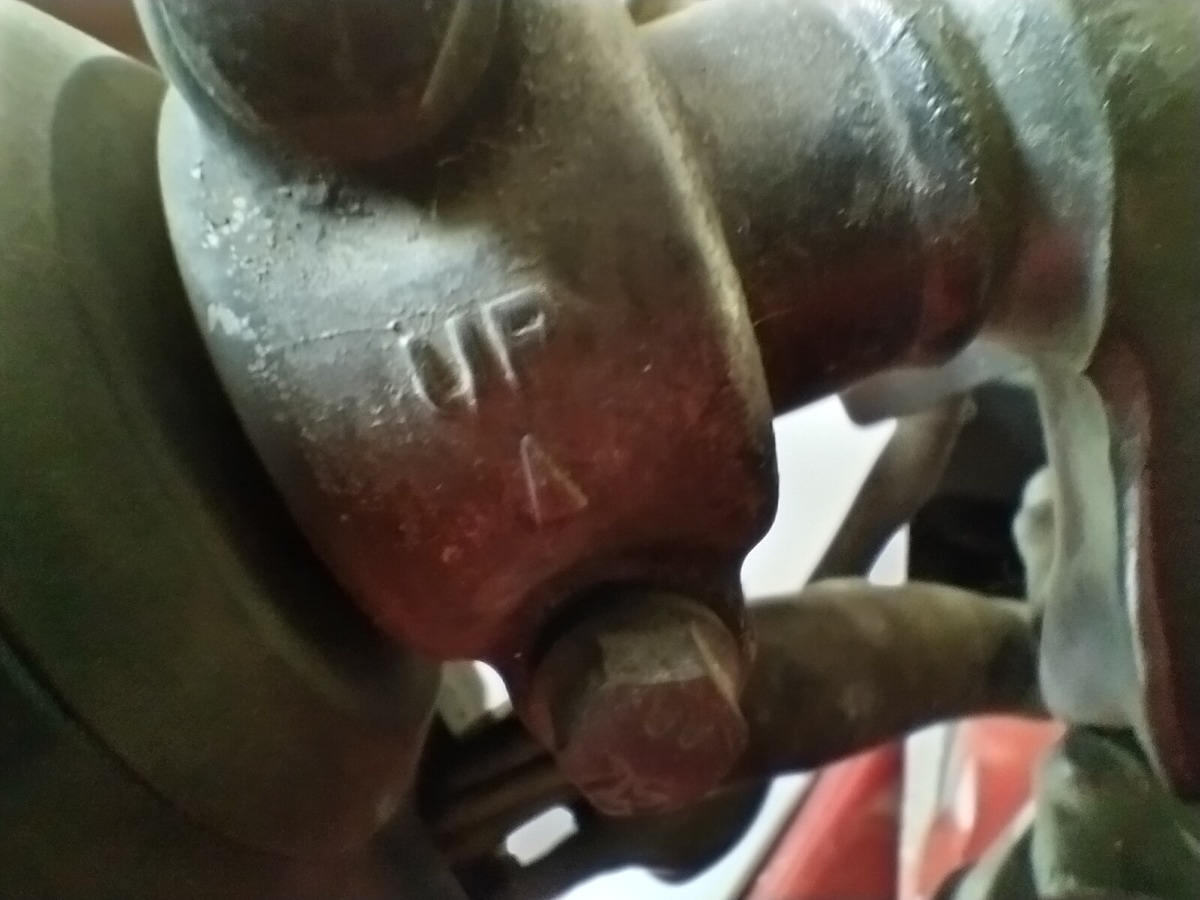 Low-light shots were below average, and did not have good detail. There was grain in the output here as well, which was visible on zooming in. A few photos also lacked sharpness. Switching on Night mode improved brightness and sharpness, but photos were still grainy. 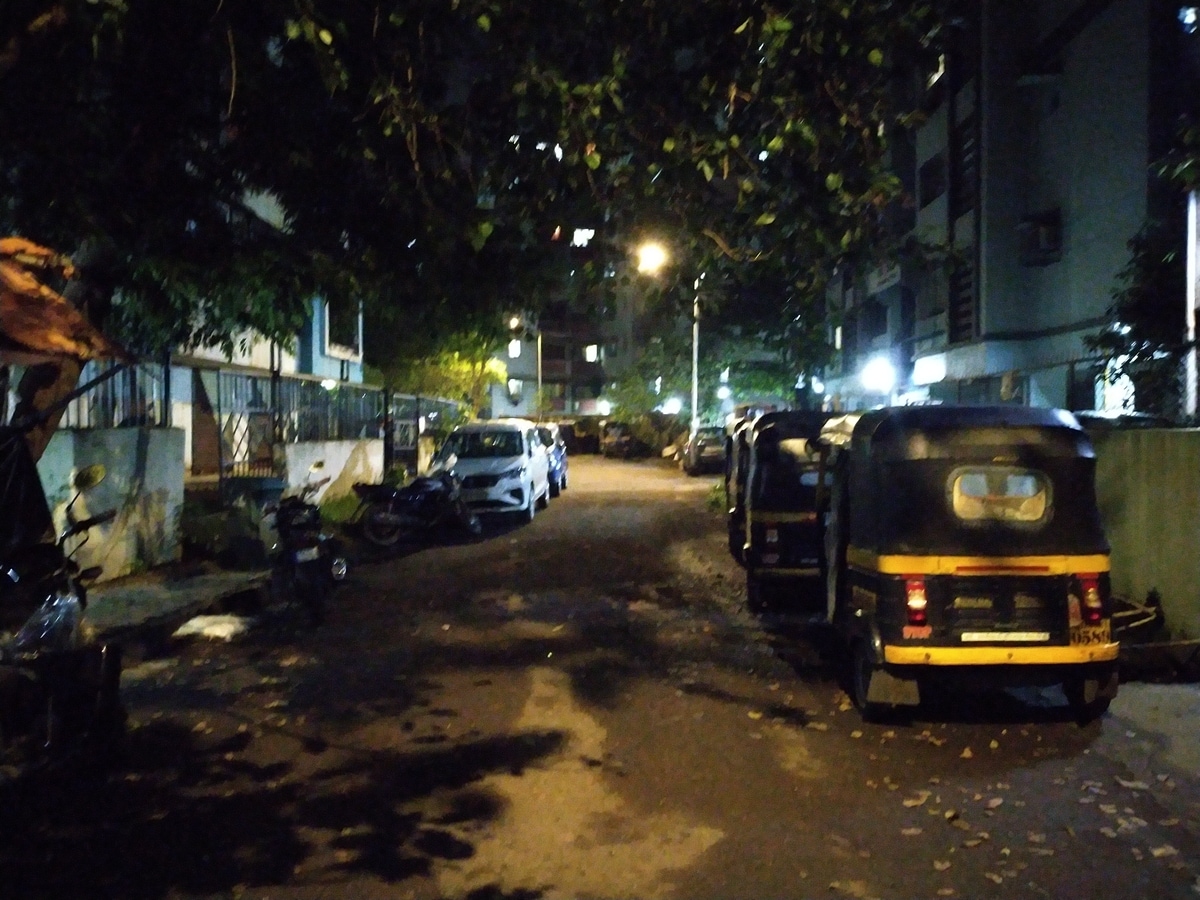 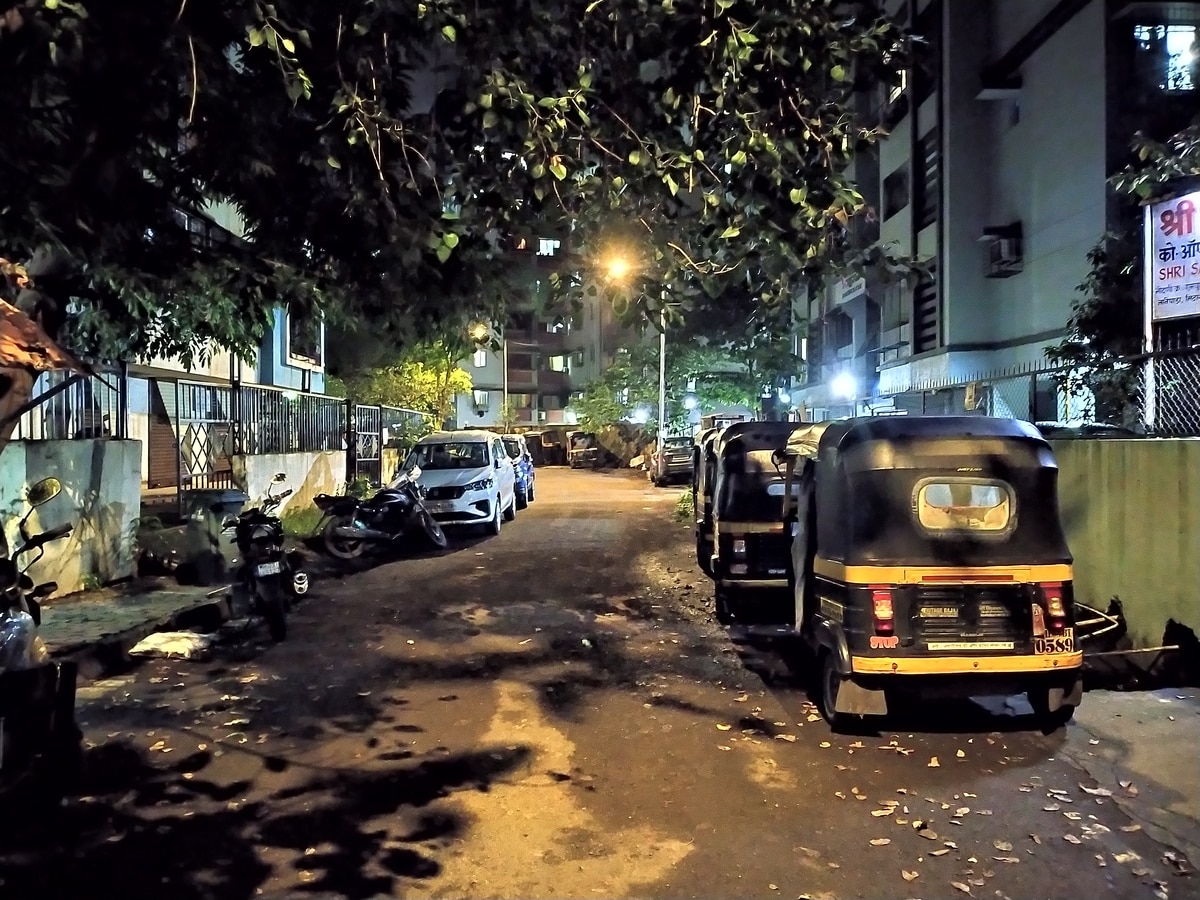 Selfies taken with the Nokia 5.3 were decent in daylight and it does give you the option to take portraits. In low light, there is a slight dip in quality but it is somewhat acceptable. 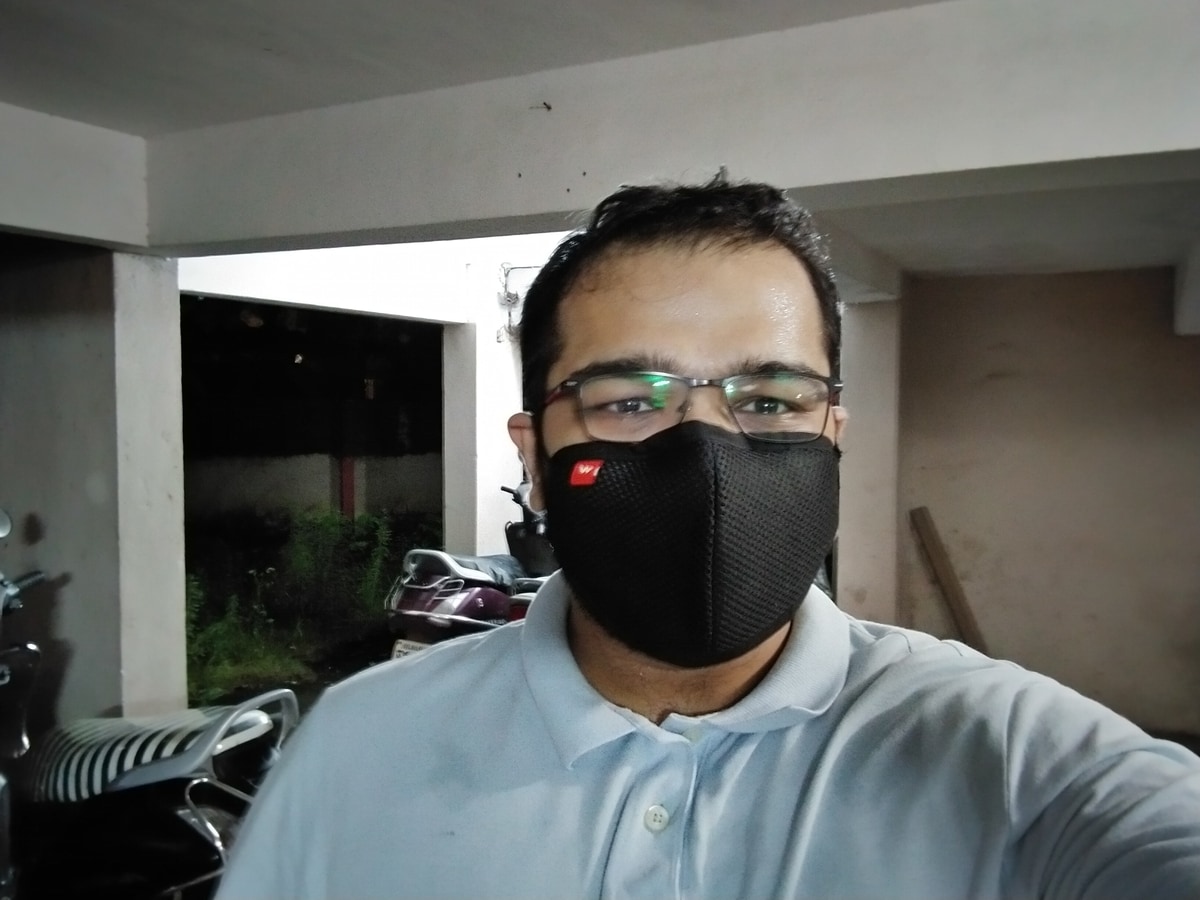 Video recording tops out at 4K for the primary camera and 1080p for the selfie camera. Footage shot with the Nokia 5.3 isn’t stabilised at either resolution, and ends up being shaky. Video quality is also not as good in low light.

The camera performance of the Nokia 5.3 isn’t very good overall, and you can get better results from other phones at this price level.

The Nokia 5.3 is aimed at the sub-Rs. 15,000 price segment, with the main attraction being stock Android and the promise of software updates. This device should stay up to date longer than the competition, so it will suit the needs of people who don’t wish to change their phone very often. However, it isn’t the strongest performer right now, and will fall further behind as other companies launch newer models.

Camera performance isn’t the best, and hopefully some software tweaks can improve that. If you are a heavy user or are looking to play a lot of games, you might want to consider more powerful and similarly priced alternatives such as the Realme 6i (Review) and the Redmi Note 9 Pro (Review).