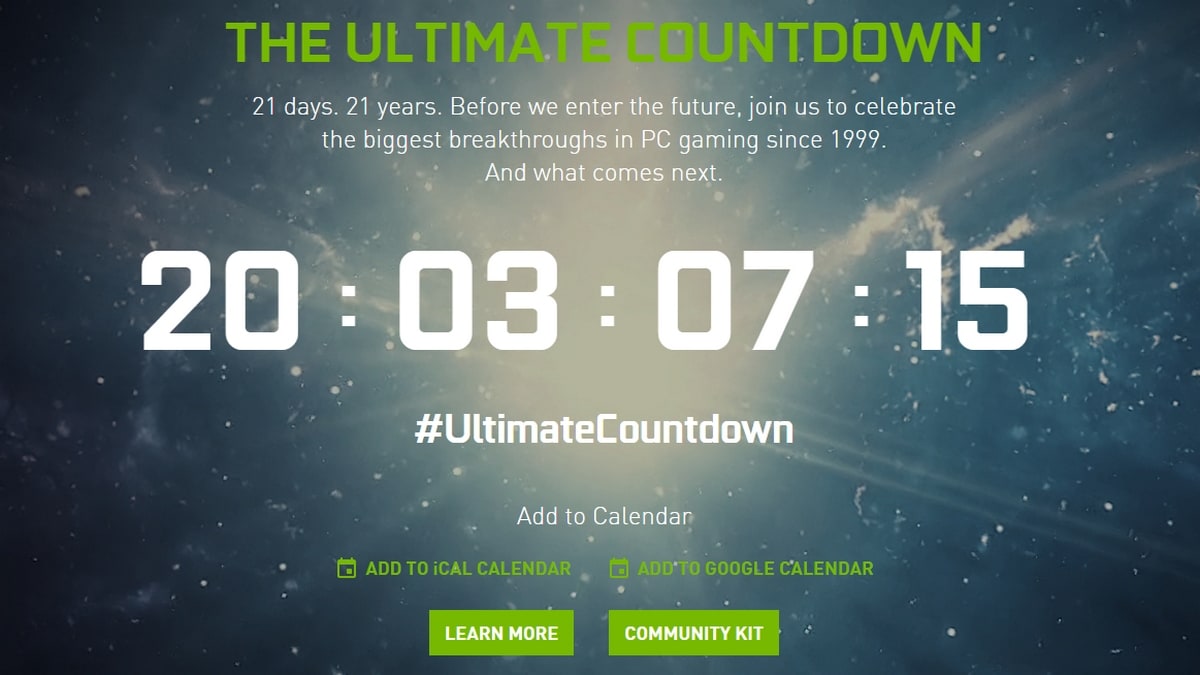 
Nvidia has announced it will be hosting an event on September 1. Nvidia CEO, Jensen Huang, will be speaking at the event and rumours suggest that the new GeForce RTX 3000 series GPUs will be unveiled at the same. The event will be streamed on the company website starting 9am PT (9:30pm IST). As of now, Nvidia has not exactly disclosed what the event will entail and if there will be a new product launch or not.

The Nvidia website has a timer counting down to August 31 and the page states “On September 1st, we usher in a new era with a special event broadcast featuring NVIDIA CEO, Jensen Huang.” The event page also states that this event will celebrate the biggest breakthroughs in PC gaming since 1999. Nvidia is expected to unveil its upcoming next generation of graphics cards that will run on Ampere architecture. It will presumably be the GeForce RTX 3000 series of cards that will include the GeForce RTX 3080, the successor to the GeForce RTX 2080.

Nvidia unveiled its Ampere GPU architecture back in May with the Nvidia A100 card. It was designed for scientific computing, data analytics, and cloud graphics, but not for gaming purposes. However, it is expected to be the architecture for the GeForce RTX 3000 series GPUs that will be dedicated to gaming and productivity.

We will have to wait for some time before we actually see the new GeForce RTX 3000 series GPUs, but as we get closer to September 1, more information can be expected from the company.