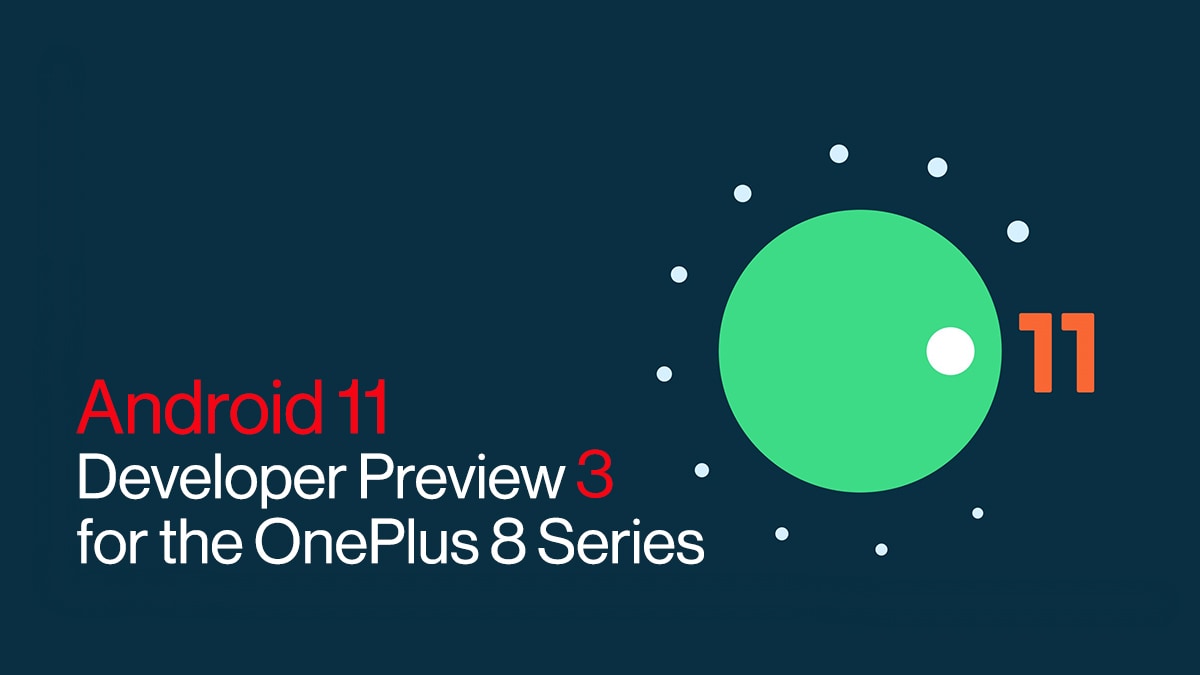 
OnePlus 8 and OnePlus 8 Pro got the third beta instalment of Android 11 in the form of Android 11 Developer Preview 3. The company announced the development on the OnePlus community forum, and it includes a list of key updates, some known issues as well as steps to upgrade and a word of caution for those flashing their phones. The news comes a day after OnePlus unveiled its Android 11-based HydrogenOS 11 in China with a string of features, and improvements.

OnePlus is one of the smartphone companies that have offered an opt-in Android 11 beta programme to its users. Developers and early adopters, who have registered for the programme and are using one of the OnePlus 8 and the OnePlus 8 Pro devices, have been roped-in to test the features before a final stable version is rolled out to the masses.

OnePlus recommends that testers do not flash this build on their daily use device because it might brick their handsets or they might lose their important data. The company also asks the testers to create a backup of their data. In order to install the Android 11 Developer Preview 3 on any OnePlus 8 series smartphone, the testers are required to have above 30 percent battery and a minimum 3GB of storage available. The OnePlus 8 series carrier devices (TMO/VZW) aren’t compatible with the Developer Preview builds, the company says.

How to upgrade OnePlus 8 to Android 11 Developer Preview 3

As mentioned, the third preview comes a day after OnePlus unveiled its Android 11-based HydrogenOS 11 in China. OnePlus launches HydrogenOS without Google services and apps in China, and OxygenOS in rest of the markets. The latter usually have all the features of the version that launches in China. The HydrogenOS 11 has features like Always-on Display, a redesigned Gallery app, Weather app, an improved dark mode, among others. These features are likely to be included in Android 11-based OxygenOS 11.