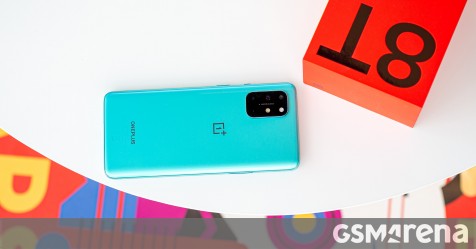 
The OnePlus 8T became official this week, and we’ve already seen it subjected to JerryRigEverything‘s trademark ‘durability test’, right on the day of the event.

But what if you wanted to go deeper? Inside the device? To see what it looks like under all that fancy glass and metal? Well, for that purpose, the same Zack has you covered with this here teardown video, in which he goes hunting for the two batteries inside.

Two batteries has to do with how Warp Charge 65 works, itself merely a licensed Oppo technology. Think of this 65W system as two 32.5W systems working in parallel to charge two separate 2,250 mAh batteries, and you get the gist of the idea without us having to go into any more technical detail.

While there’s only one battery pack visible in the OnePlus 8T, it’s pretty obvious that inside that pack there are two distinct halves, complete with a crease between them.

Check out the video if you want to see all of the OnePlus 8T’s internals, exposed, including a bunch of waterproofing measures that are packed inside, despite the lack of an official water resistance rating. And if you’re interested in learning more about the OnePlus 8T, don’t miss our hands-on review.