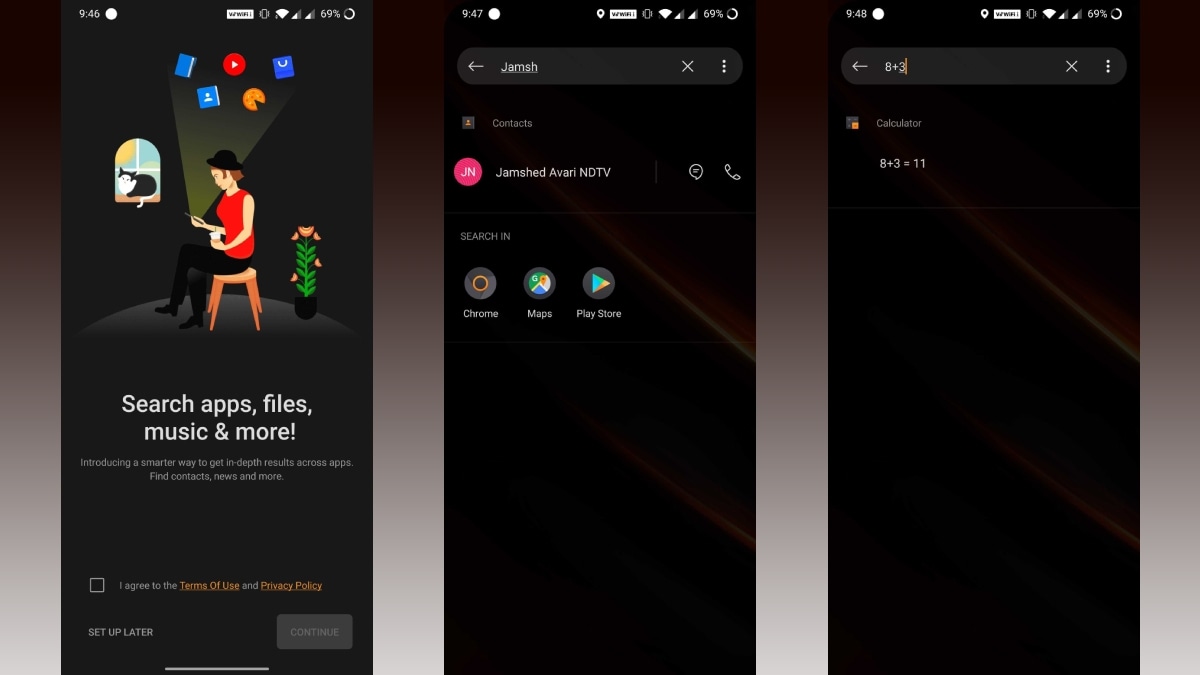 OnePlus Scout is a new search feature for users in India who can now easily look for anything on their devices, from contacts to files, introduced in the latest OnePlus Launcher update. The feature, currently being rolled out to devices in the country, also allows users to look for nearby places, and offers more additional information. The feature was first reportedly spotted in an APK teardown of the OnePlus Launcher v4.5.2 update earlier, and now it appears that it has been made available in India.

The OnePlus Scout is being rolled out with v4.7.2_200818175549 update of the stock OxygenOS launcher app. Gadgets 360 independently verified that users can look for contacts, files, music, and more using the new unified search bar. You can also look up locations, restaurants, or places nearby as well. Additionally, the OnePlus Scout allows users to quickly solve mathematical queries by using the Calculator app. It also throws up news and weather updates either from apps installed on the phone or from the Web.

Once you install the update and have the OnePlus Scout set up from the app drawer, the feature will allow you to choose whether to allow it to show results from installed apps or from the Web. For best results, you can turn on access for both the options. You can also choose to control results based on your preferences from the OnePlus Scout settings. Users can also enable search tips to help ease navigation through the feature.

It must be noted that you can’t search through messages on the phone. An APK teardown of the OnePlus Launcher v4.5.2 update by XDA Developers had suggested that the OnePlus Scout would allow users to look through text messages, however, it appears that the capability hasn’t been added in the final version.

While the OnePlus Scout has been made available for users in India, OnePlus hasn’t announced any global rollout plans.

Shayak Majumder
Shayak Majumder is Chief Sub Editor at Gadgets 360. A journalist since 2013, he has worked both on the field as well as behind the desk in several organisations including Indian Express Online and MSN. As a reporter, he covered a wide range of verticals, from politics to the development sector. While at Indian Express, he regularly reviewed video games, gaming hardware and the growth of MMORPG in India. He is also a passionate musician and a former trainer, currently working on his upcoming EP.
…More