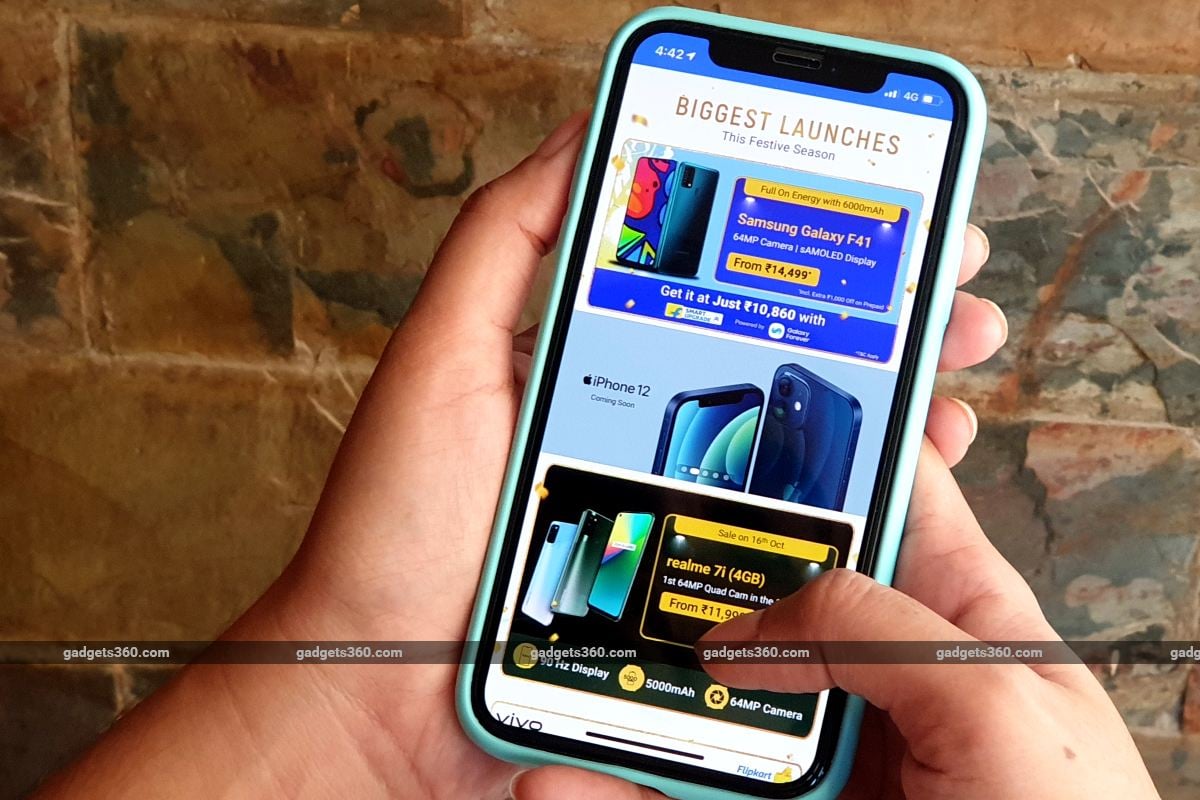 
Amazon and Flipkart are busy preparing for their festive sales that are kicking off now. Both online marketplaces have planned massive offers to persuade customers. But even before any lucrative deals and discounts were announced this year, major e-commerce platforms have seen record sales of smartphones in India.

The growth in smartphone sales on platforms including Amazon and Flipkart has come alongside the overall expansion of the e-commerce sector after a halt of nearly two months due to the national lockdown, aimed at slowing the spread of COVID-19.

Aditya Soni, Senior Director for Mobiles at Flipkart, said that it had seen “exhilarating growth” and huge customer movement from offline to online over the course of the last six months on the platform. The Bengaluru-based company claimed that the biggest surge in growth in smartphone sales from tier-3 and beyond.

Similar growth trends have also been observed by Amazon.

“Customers, even in remote parts of the country, continue to trust us for safe and reliable deliveries,” an Amazon spokesperson said, without revealing the growth percentage.

Analysts believe that one of the prime reasons behind the growth of online smartphone sales in India is the widespread adoption of the work-from-home culture and virtual classrooms that are aimed to limit the spread of the coronavirus outbreak. This increased demand, coupled with the fact that many people still won’t feel safe shopping in person, has been a windfall for online sellers.

Gutgutia also noted that apart from the boost in online sales of mobile phones in the country, the online average selling price of phones has grown from Rs. 11,500 in the month of January to Rs. 16,000 in the period of July-August.

“The growth of average selling price signifies the purchase of mid and premium range models as well in large quantities,” he underlined.

The increase in smartphone sales through online portals is a result of growing replacement demand according to Ankur Bisen, Senior Vice President of the Retail and Consumer Products division at consulting firm Technopak.

“New demand is not that huge because we have already achieved a pretty substantial saturation,” he said.

‘Customers want larger display, bigger battery’
Flipkart’s Soni stated that some of the features that are in demand now are a larger display and bigger battery in their new smartphones. The online marketplace conducted a survey with 2.15 lakh respondents that highlighted the demand for phones featuring large displays, with 82 percent expressed interest in 6- and above screen sizes.

Apart from the display, Flipkart’s survey saw that the kind of processor on the phone drove almost 50 percent of the purchase decision, followed by the camera and then the battery life across price points upwards of the Rs. 15,000 bracket. At more premium prices of over Rs. 30,000, the brand started to matter more, Flipkart found, while it was less of a consideration in the budget segment.

Like Flipkart, Amazon recently surveyed 60,000 people from tier-1, tier-2, and tier-3 cities and towns that showed customers are looking to buy a smartphone between Rs. 15,000 and Rs. 25,000. Over 50 percent of respondents showed interest in buying a Samsung phone followed by OnePlus and Xiaomi, the Amazon spokesperson told Gadgets 360.

Both Amazon and Flipkart have also seen an increase in customers opting for no-cost EMIs and other financial options.

Expansion of Indian e-commerce sector
Although the national economy in India has largely been affected by the coronavirus pandemic, the e-commerce sector seems to have received some recovery and has expanded since the lockdown that was imposed on March 25. Market analysts consider that the expansion of the sector is owing to strong consumer demand across categories.

Alongside the growth of merchandise value that represents the total sales value of merchandise sold, new customers have also started making online purchases in the country that resulted in a swift growth from the past.

Bisen of Technopak stated that there was a 30 percent rise in the last four to five months of new customers getting on the e-commerce bandwagon for the first time. He added that it would not be at that pace if COVID-19 had not become a pandemic, bringing is a surge equal to many years, he added.

The growth of e-commerce in the country has pushed several retailers to start joining online platforms.

Ramesh Srivastava, a Delhi-based owner of a small mobile shop, was one such retailer who recently started selling phones through online platforms. “It became quite difficult for us to survive during the pandemic as people were not coming to our shop physically. So, we ultimately decided to start offering our products online,” he told Gadgets 360.