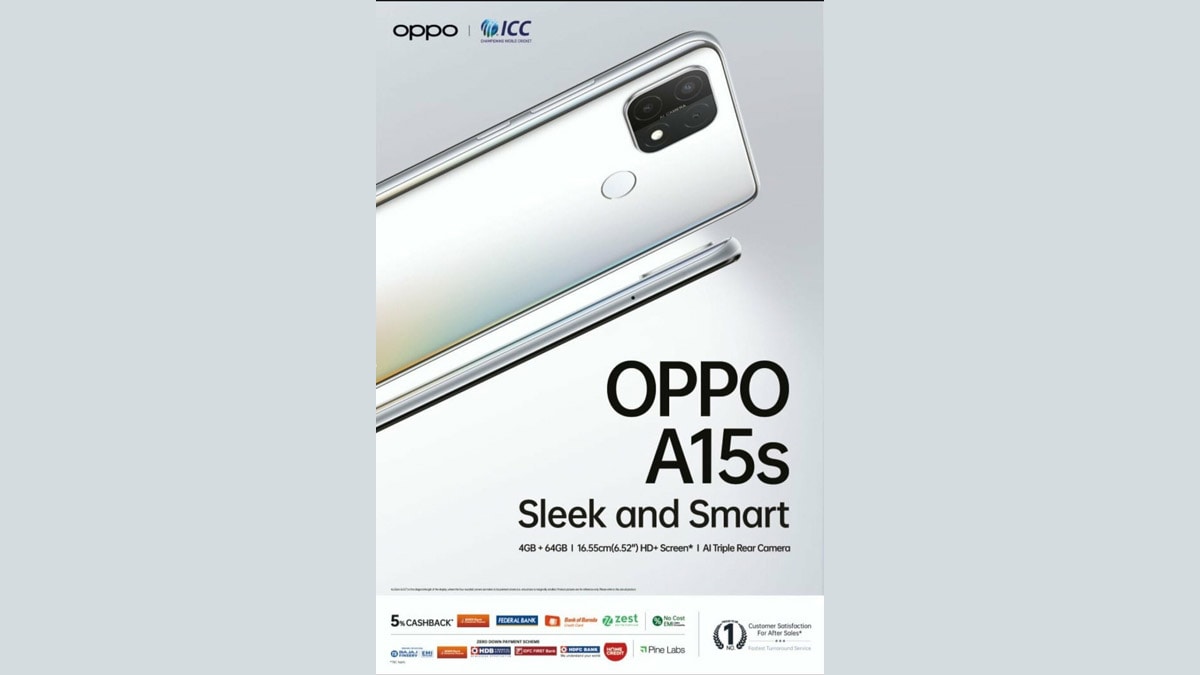 The upcoming Oppo A15s as seen in the leaked poster has a slim body with a square-shaped camera module at the back along with a rear-mounted fingerprint scanner. The report adds that there is a triple rear camera setup, with a 13-megapixel primary sensor along with a pair of 2-megapixel sensors. The poster also reveals that the Oppo A15s will have 4GB of RAM and 64GB of internal storage. This positions it higher than the Oppo A15 which gets 3GB RAM and 32GB of storage only.

According to the leaked poster, the Oppo A15s is said to sport a 6.52-inch HD+ display with a dewdrop notch. The report adds it will sport a 5-megapixel selfie camera. The processor details are not known at the moment but Oppo could use the MediaTek Helio P35 that it is using to power the Oppo A15. The poster does not reveal a launch date for the Oppo A15s but it could just make it to India before the end of 2020.

Aditya Shenoy
Aditya Shenoy reviews smartphones, wearables, headphones and speakers for Gadgets 360, out of Mumbai. Aditya is a reviewer for Gadgets 360 and has written extensively about smartphones, software updates, and upcoming devices. Aditya is available on Twitter at @adishenoy, and you can mail him at adityashenoy@ndtv.com, so please send in your leads and tips.
More