Oppo announced the new A73 earlier this week, which is a rebranded F17 that was launched in India last month. Now the company is gearing up to bring a 5G version of the A73 to Europe, as its specs, price and images have surfaced.

This isn’t just a 5G-ready variant of the A73, mind you, the A73 5G has a different design and substantial differences to the internals compared to the non-5G model.

For starters, the Oppo A73 is powered by the Snapdragon 662 SoC, while the 5G version will have a Dimensity 720 chipset at the helm. The 4G model packs a 6.44″ FullHD+ AMOLED screen with a waterdrop notch up top, but the A73 5G will sport a 6.5″ FHD+ 90Hz LCD having a punch hole in the upper-left corner for the selfie camera, which is down from 16MP to 8MP.

The number of cameras on the back has also come down – from four to three. Oppo has removed a 2MP unit and moved the flash inside the camera island.

The rest of the highlights of the Oppo A73 5G include Android 10-based ColorOS 7.2, 8GB RAM, 128GB storage, side-mounted fingerprint reader, 3.5mm headphone jack, USB-C port, and NFC. 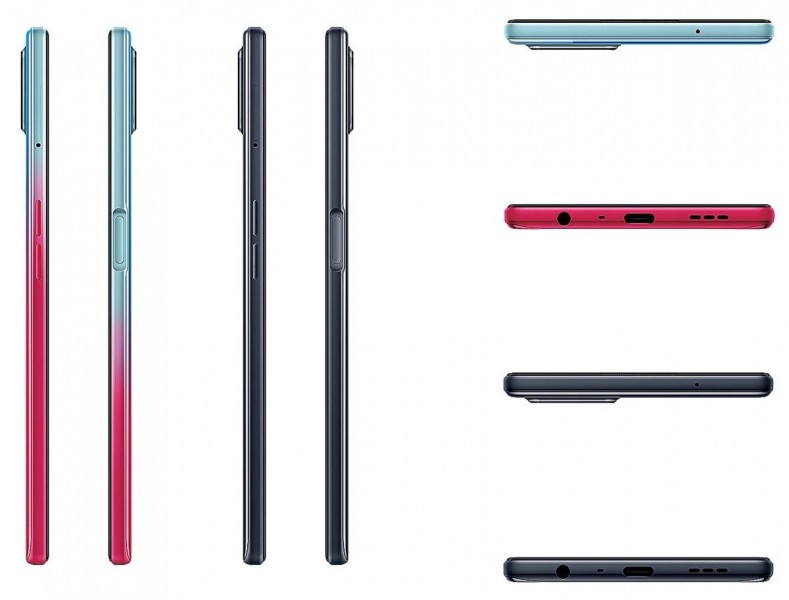