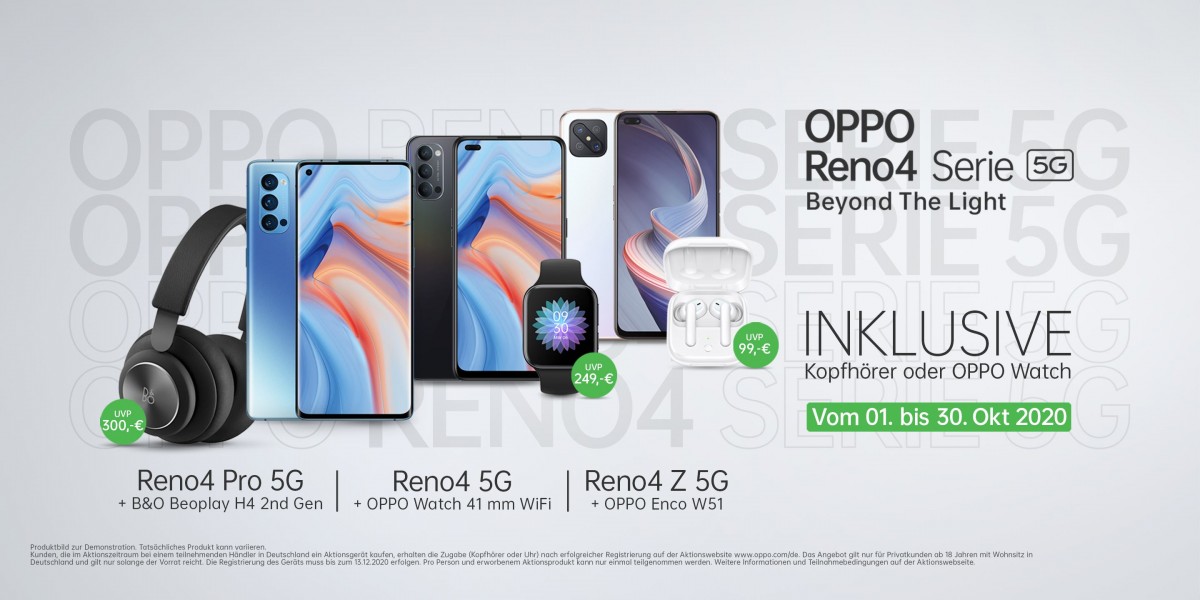 
Oppo introduced the Reno4 5G and Reno4 Pro 5G phones earlier this year for the Chinese market. Eventually, the Pro variant escaped the domestic scene and appeared in the United Arab Emirates, but today the company announced the arrival of the whole 5G-enabled family in Europe.

The Oppo Reno4 5G, Oppo Reno4 Pro 5G, and Oppo Reno4 Z 5G are now available in Germany and the United Kingdom, but it looks like the phones will be exclusively sold through the local Amazon pages.

The Oppo Reno4 Pro 5G comes with a Snapdragon 765G chipset with 12GB RAM and 256GB storage, a 4,000 mAh battery in Galactic Blue or Space Black. Currently available for pre-order until October 15, the phone is set at €779/£669. Early birds will also be able to get the phone bundled with Bang & Olufsen Beoplay H4 wireless headphones which cost €300 on their own.

The Oppo Reno4 5G costs €584/£449 and comes bundled with a 41mm Oppo Watch. This phone also has a Snapdragon 765G chipset, but less impressive cameras than the Reno4 Pro 5G, as well as “only” 8/128 GB RAM/storage. Just as its big brother, pre-order is until October 15, when the official sale will begin. 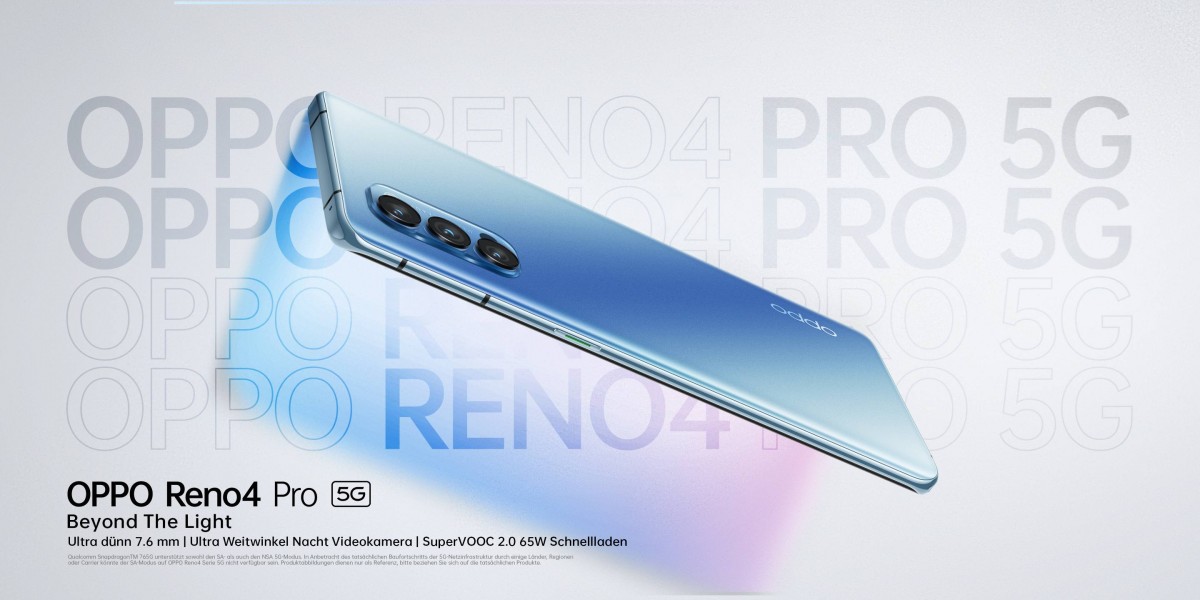 The Reno4 Z 5G is the most affordable of the trio with a Dimensity 800 chipset 8GB RAM and 128GB storage. The bundle includes Oppo Enco W51 wireless earphones and costs €369/£329. Oppo offers the phone in either White or Black, and the launch date remains the same – pre-order until October 15, followed by the official sale.