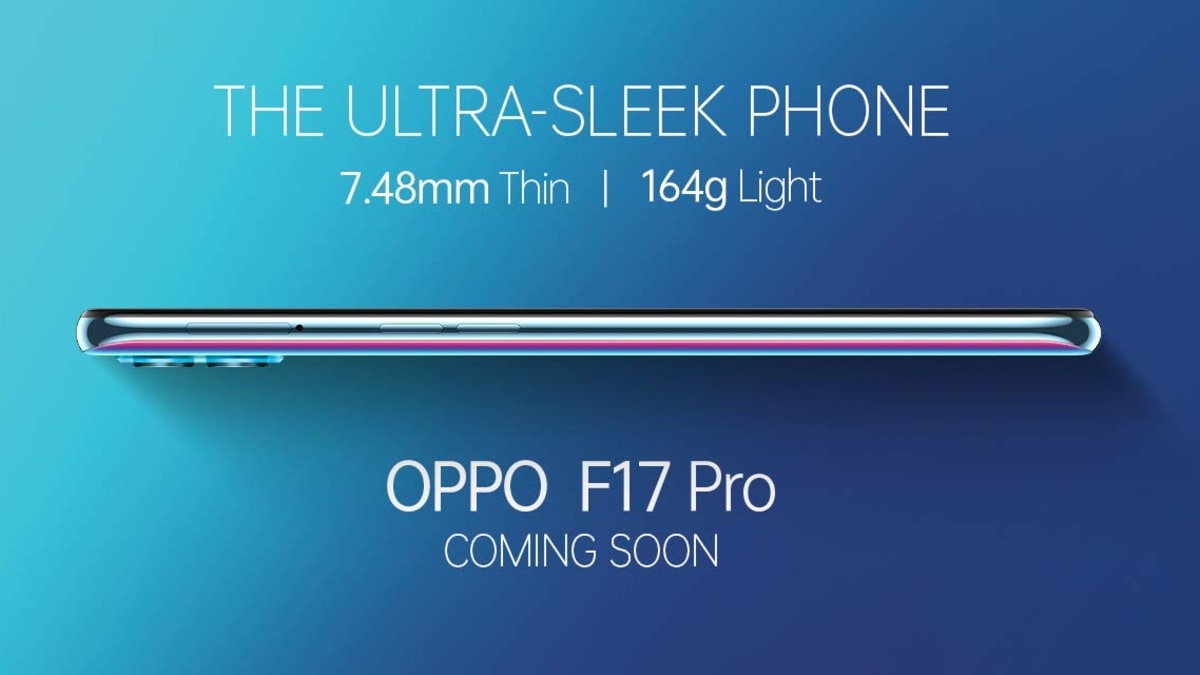 
Oppo F17 Pro key specifications have been revealed by the company, including the fact that it’ll have “six AI portrait cameras”. Oppo F17 Pro, expected to launch in India in early September, seeks to be the best phone in the market for portrait photography. The smartphone will have a quad rear camera setup and two cameras in front, and all of them will be backed by all-new AI algorithms that will process images in varying conditions. Oppo also announced that the phone will have a 6.43-inch Super AMOLED display and 30W VOOC Flash Charge support.

Oppo F17 Pro’s six cameras will boast of AI Colour Portrait that uses colour to separate the subject from the background, keeping the subject more focused. The company is referring to the upcoming phone as “The Portrait Expert.” Oppo revealed these features through videos released on their website, although much of it was already speculated.

Oppo is marketing the smartphone as the sleekest phone of 2020, saying that there is a ‘slim chance of you finding a slimmer phone.’ At 7.48mm and weighing just 164 grams, Oppo F17 Pro indeed looks very sleek and light. A disclaimer on the site clarifies that it is the sleekest smartphone within Rs. 25,000 in 2020 that suggests that the phone will be priced below Rs. 25,000.

Tipster Ishan Agarwal had recently leaked information about Oppo F17 Pro’s specifications. The smartphone is said to be powered by MediaTek Helio P95 SoC, and come with 8GB RAM and 128GB storage. Oppo F17 Pro will reportedly be offered in three colours – Matte Black, Magic Blue, and Metallic White. As per the information suggested by the tipster, the phone will have a pill-shaped hole-punch display and pack a 4,000 mAh battery.

Oppo F17 Pro will be launched along with Oppo F17. The exact India launch date or price hasn’t been revealed by the Chinese company, but it is expected to be launched in early September.