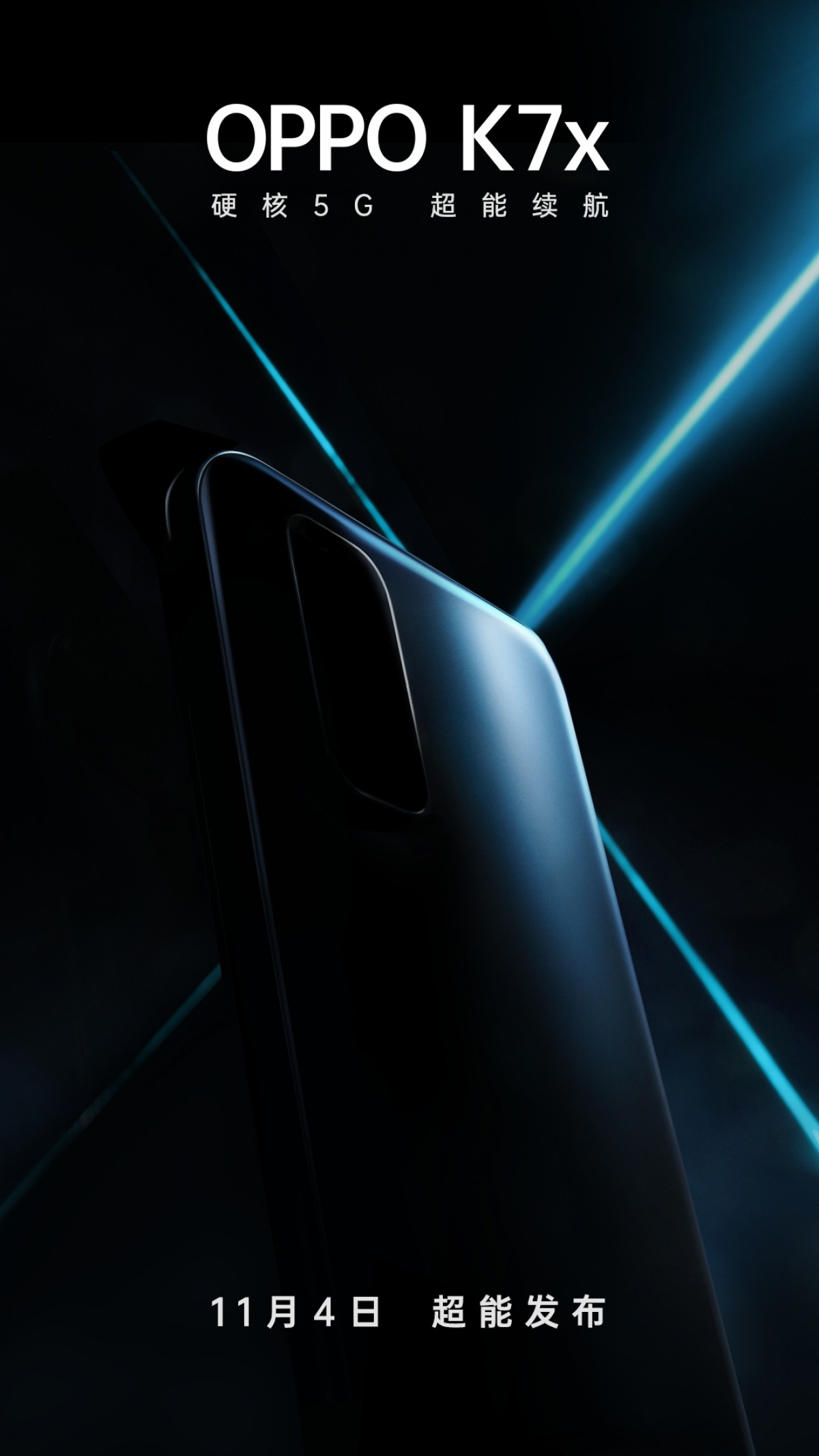 Oppo K7x coming on November 4 with a big battery


Oppo is bringing a new smartphone to its lineup of midrangers – the K7x 5G. The launch is scheduled for November 4 and while we don’t know any actual specs about the phone, the company says it will have “lots and lots of power”.

We can clearly see a rectangle island on the back for the camera but even when we tinkered with the brightness of the image, we couldn’t make out the number of shooters or how they’re going to be aligned.

Rumors are the phone has already appeared on TENAA under the model number PERM00 with a 6.5” LCD of Full HD+ resolution and 20:9 ratio. The battery has 5,000 mAh capacity but the listing says nothing on the rate of fast charging. We expect the Oppo K7x to be a more affordable alternative to the regular K7 5G that was announced for CNY1,999 ($285/€240).