The Reno5 series is now live with two initial models. They are nearly identical with the chipset being the major difference – as expected, it’s a mix of Snapdragon and Dimensity. The phones will run ColorOS 11 based on Android 11 out of the box.

The displays are the other notable difference between the two. The Pro model is equipped with the larger 6.55” panel, while the vanilla phone gets a 6.43” panel. Both are OLED displays with 1080p+ resolution and 90Hz refresh rate (plus 180 Hz touch sampling rate), but the Pro display has higher brightness – 500 nits maximum vs. 430 nits.

The camera department is built around a 64MP main module with an f/1.7 aperture electronic image stabilization (EIS). It is accompanied by an 8MP ultrawide angle camera, plus two 2MP modules. Video recording is capped at 30 fps when shooting in 4K resolution on both phones.

The selfie camera is embedded in a punch hole and has a 32MP sensor. It handles face unlock as an alternative to the in-display fingerprint reader. 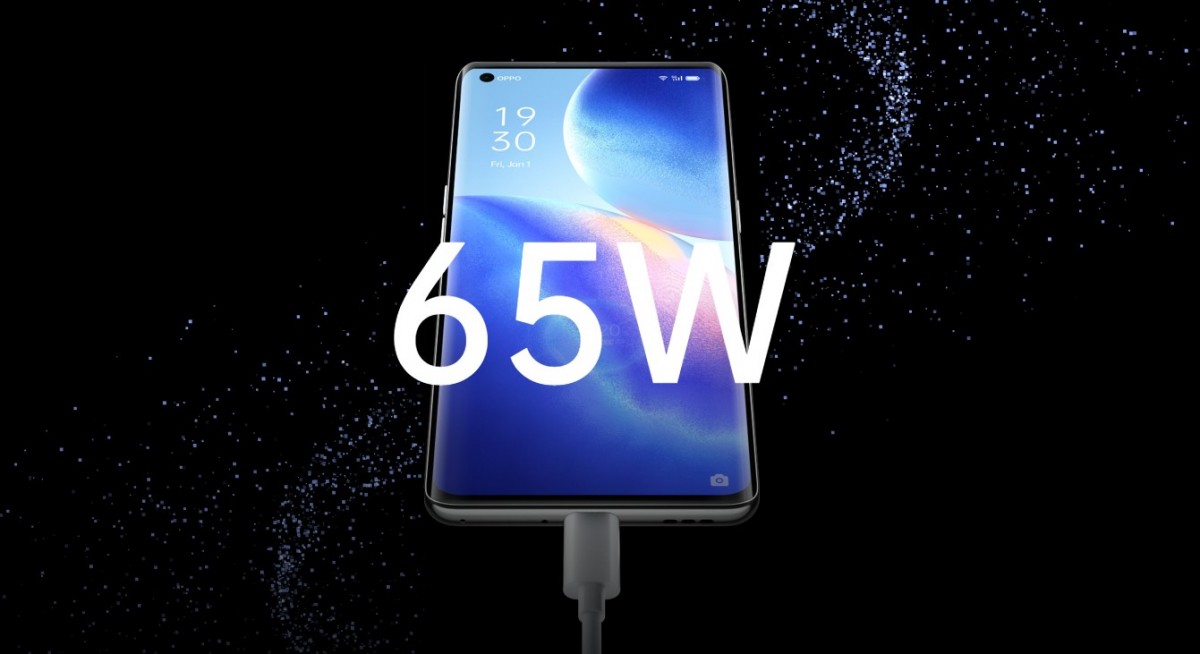 Charging is done over the USB-C port. which doubles as a headphone jack on the Pro phone. Not so on the vanilla Reno5, it has an actual 3.5 mm jack. The trade-off is that the Pro has more advanced wireless connectivity, including Wi-Fi 6 and and NFC (vs. Wi-Fi 5 and no NFC).

Both phones have 5G connectivity (as you can tell by their names), though only the first of the two SIM slots supports it. There’s no memory card slot.

Oppo reworked the Reno Glow finish for the back. The glass is etched to produce a pattern of microscopic pyramids, which creates a fingerprint-resistant surface. Nano-films with different refractive indices are used to create a multi-color star field.

For an extra fun twist, a fluorescent coating has been applied to the camera bump and other elements so they glow in the dark.

The new models are available for pre-order in China from JD.com. You can find the Oppo Reno5 5G here and the Reno5 Pro here.