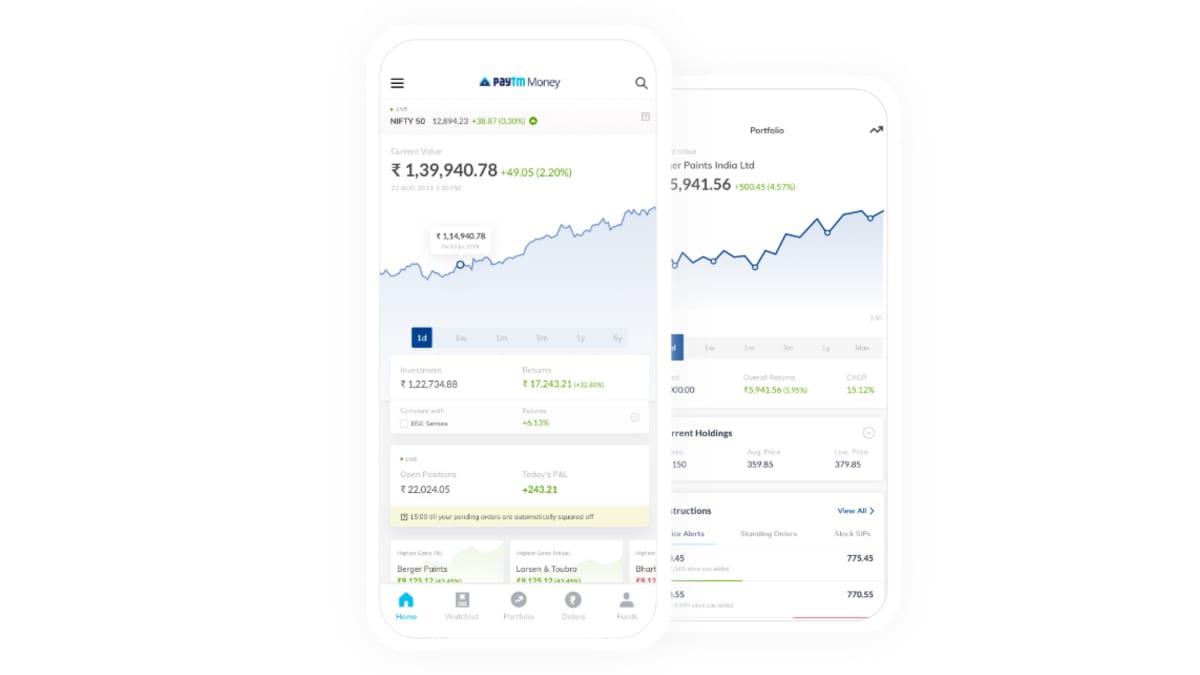 Paytm Money, the digital financial services arm of mobile wallet company Paytm, today expanded its business by launching stock trading on its platform. Initially available in beta, stock trading on Paytm Money is touted to enable cash delivery trades for free, while it charges intraday trades at as low as Rs. 10. The new launch comes nearly two years after Paytm Money started allowing mutual fund investments. The move would bring Paytm to the competition that already has established players including HDFC Securities and ICICI Securities as well as existing players such as Fyers, Groww, and Zerodha.

To begin with the new experience, Paytm Money has brought cash and intraday trading to its Android and Web users, though users on iOS will need to wait for a few weeks. There are also plans to bring a dedicated derivatives segment at a later stage. Moreover, Paytm is aiming to drive higher penetration in equities through the latest development.

Paytm Money has included the option to let users discover and set price alerts for up to 50 stocks. Seasoned investors can also create and customise multiple watchlists to track real-time price changes for as many as 50 stocks simultaneously. Further, there is a built-in brokerage calculator to provide details about transaction charges. The Paytm Money app has also included options such as cover order and bracket order.

“With the addition of equities, Paytm Money seeks to drive financial inclusion among investors by removing information gaps and facilitating stock penetration in the country,” said Varun Sridhar, CEO of Paytm Money, in a press statement.

The stock broking service is touted to come with bank-level security and data privacy to keep investors’ personal data safe.

Paytm Money received a formal approval from the Securities and Exchange Board of India (SEBI) to kick off its stock broking service in April last year. The platform also offers mutual fund and National Pension System (NPS) investments that are claimed to have attracted over 60 lakh users — covering 98 percent of pin codes in India.

Disclosure: Paytm’s parent company One97 is an investor in Gadgets 360.