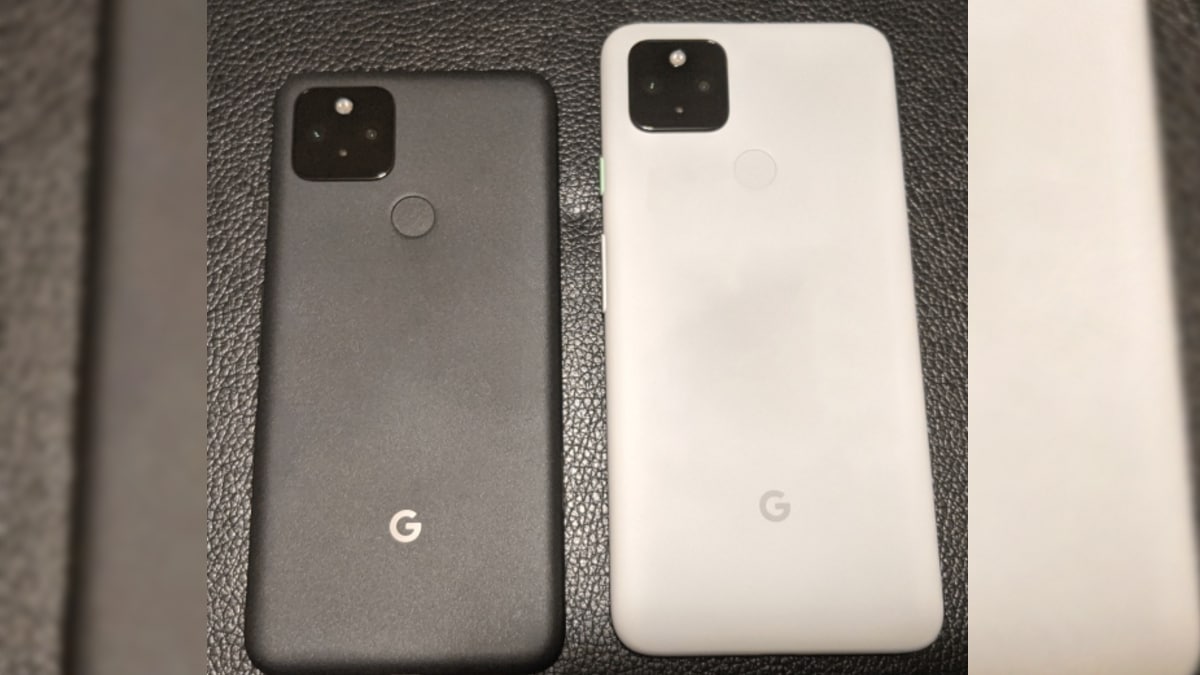 This new live image was leaked on Reddit first but was deleted soon after. XDA Developers managed to spot it before getting deleted, and the report states that a few key specifications were also leaked alongside. The image leak shows the Pixel 5 on the left and a little larger Pixel 4a 5G on the right. The two devices have an identical square-shaped camera module with two camera sensors, an unknown additional sensor, and a flash sitting inside. The back panel also has a small ring outline indicating a rear fingerprint sensor. The Google logo sits at the bottom portion of the two devices. As mentioned, the Pixel 5 sports a glittery black colour finish, similar to what was leaked in renders a few days ago, and the Pixel 4a 5G is seen to don a white finish.

The Pixel 5 renders leaked earlier also suggest a hole-punch display up front placed on the top left corner of the screen. The Redditor also reportedly shared a few key specifications of the two devices.

The Google Pixel 5 is reported to feature a 90Hz display, a plastic back panel and a rear fingerprint sensor. The device is tipped to be powered by the Snapdragon 765G SoC, something that has been leaked earlier as well. There is rumoured to be 8GB RAM inside. Coming to imaging, the Pixel 5 is expected to have a dual camera setup with a 12.2-megapxel main Sony IMX363 camera and a secondary 16-megapixel Sony IMX481 camera with 0.5x wide-angle lens. Up front, the Pixel 5 s reported to have a 8-megapixel Sony IMX355 sensor on board.

There is expected to be a 4,000mAh battery on the Pixel 5, and the Redditor tipped that this device will not come with 3.5mm audio jack support.

The Google Pixel 4a 5G, on the other hand, may feature a 60Hz display refresh rate, and a rear fingerprint canner. The device is rumoured to be powered by the Snapdragon 765G SoC paired with 6GB of RAM. As for optics, the Google Pixel 4a 5G is tipped to pack an identical camera setup as the Pixel 5. The device is expected to pack a slightly smaller 3,800mAh battery and is rumoured to include a 3.5mm audio jack.