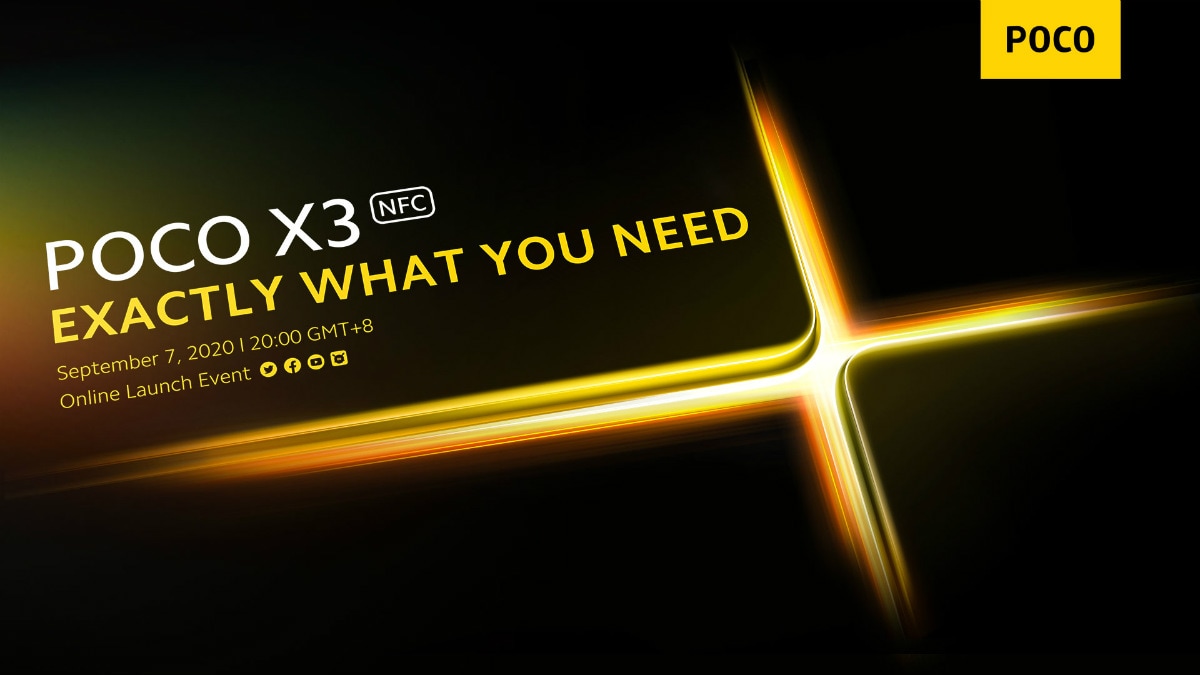 Poco X3 NFC Set to Launch on September 7: All Details

Poco X3 NFC will be launched at an event on September 7, Poco has revealed on Twitter. The announcement comes a few days after the phone’s camera module design was teased and the existence of a 64-megapixel primary camera was confirmed by a company executive on the microblogging platform. This new Poco smartphone is the successor to the Poco X2 that the Xiaomi spun-off brand launched in India in February. The details about the phone are scarce, however, it is believed that the phone will have the newly-launched Qualcomm Snapdragon 732G SoC.

Poco Global officially announced on Twitter that the next smartphone by Poco will be called the Poco X3 NFC and it will be launched at an event on September 2. The live stream will start at 5.30pm IST on the company’s official YouTube, Facebook, and Twitter handles. In the tweet, Poco said that since Angus Kai Ho Ng, Product Marketing Manager and Global Spokesperson at Poco, has already leaked information about the phone, it is making an official announcement on the same.

The Poco X3 NFC is reported to feature a 6.67-inch display with 120Hz refresh rate and 240Hz touch latency. It is likely to be powered by the newly-launched Qualcomm Snapdragon 732G SoC as the American chipmaker confirmed via press release that the latest chipset will debut in a Poco smartphone. The Poco X3 phone is reported to house a 5,160mAh battery with 33W fast charging.

For photography, the Poco X3 NFC is confirmed to get a quad rear camera setup that will include a 64-megapixel primary shooter. The Poco X3 NFC will also have a Pro mode with options to adjust aperture, exposure value, ISO sensitivity, and white balance. The information about other camera sensors is not available yet. On the front, the phone might ship with a 20-megapixel shooter.

Amazon Wins US FAA Approval to Deliver Packages by Drone