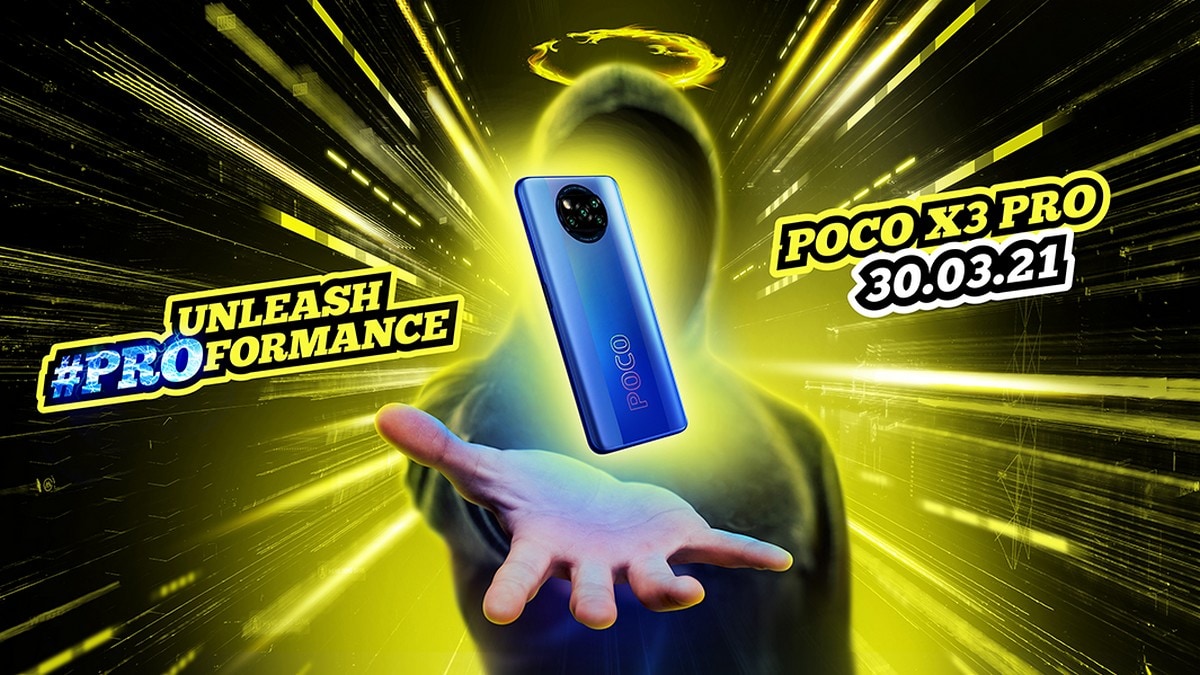 Poco X3 Pro to Launch in India Today: How to Watch Livestream


Poco X3 Pro will launch in India today, March 30, at 12pm (noon) after debuting in the European market early last week. The phone is the successor to the Poco X3 that launched in September last year. The India variant will likely come with the same specifications as the European variant but there may be some tweaks in the configurations. Poco X3 Pro was launched with a quad rear camera setup, high refresh rate display, a large battery with fast charging support, and liquid cooling technology.

Poco X3 Pro is scheduled to launch in India at 12pm (noon) today through an event that will be live streamed on the company’s India YouTube channel. You can watch the livestream below. As of now, the company has not shared any details about the phone but we can get an idea of the pricing from the European launch.

Poco has confirmed some of the specifications of the Poco X3 Pro on its website and the phone will be powered by the Snapdragon 860 SoC, have a full-HD+ display with 120Hz refresh rate, UFS 3.1 storage, a 48-megapixel quad-rear camera setup, and 33W fast charging support.

If the Indian variant of the Poco X3 Pro carries the same specifications as the European variant, we can expect the phone to run on MIUI 12 for Poco based on Android 11. It may feature a 6.67-inch full-HD+ display with 240Hz touch sampling rate, and up to 450nits brightness. It could come with up to 8GB RAM and up to 256GB storage.

For photos and videos, the Poco X3 Pro will come with a quad rear camera setup that may include a 48-megapixel primary Sony IMX582 sensor with an f/1.79 aperture, an 8-megapixel ultra-wide-angle shooter with a 119-degree field of view and an f/2.2 aperture, a 2-megapixel macro shooter, and a 2-megapixel depth sensor. The phone is expected to carry a 20-megapixel selfie camera sensor at the front with f/2.2 aperture.

Connectivity options on the Poco X3 Pro may include 4G LTE, Wi-Fi 802.11ac, Bluetooth 5.0, GPS/ A-GPS, NFC, IR Blaster, and a headphone jack. The Indian variant is also expected to come with a 5,160mAh battery with fast charging. Temperatures for the Poco X3 Pro may be kept in check with LiquidCool Technology 1.0 Plus for better heat dissipation. The phone packs stereo speakers with support for Hi-Res Audio and a side-mounted fingerprint sensor.