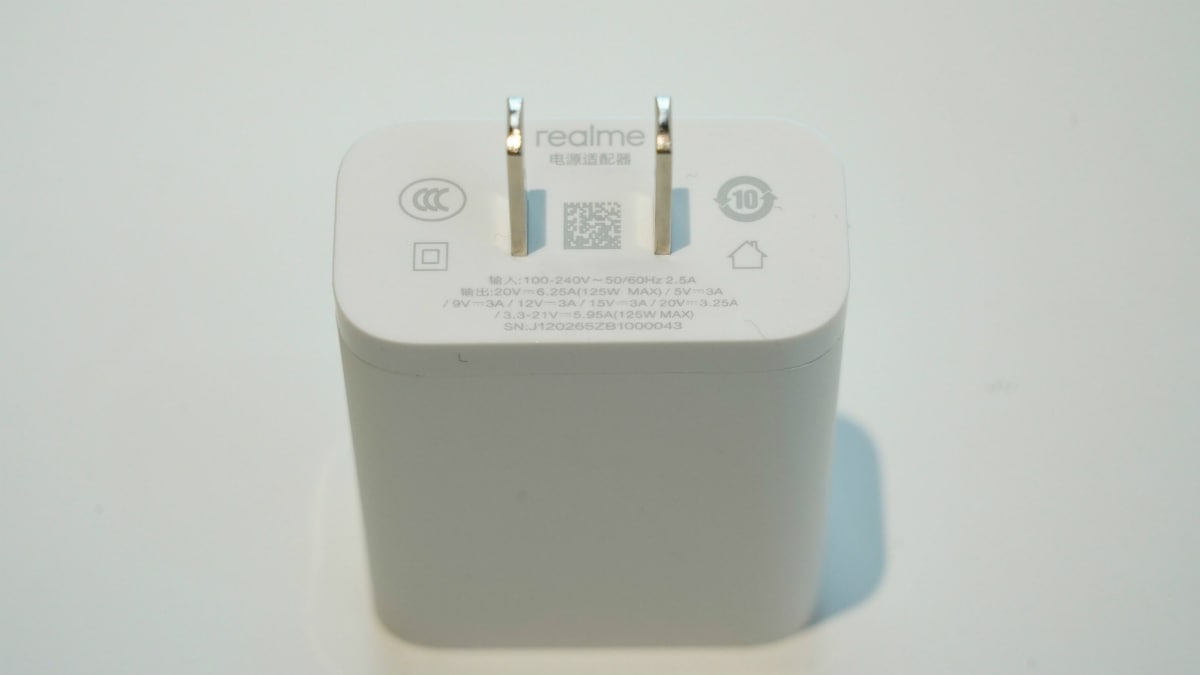 Realme’s 125W charging brick has been teased online. The company Europe and India CEO Madhav Sheth shared an image on Twitter that shows a power brick with 125W maximum charging capacity mentioned on it. According to the executive, the fast charger will be first launched in Europe. The Chinese company introduced its 125W UltraDART Flash Charging technology in July, and claimed that the technology can charge 33 percent of a 4,000mAh battery in just three minutes. In India, Realme offers a 65W SuperDart fast charging solution.

In a tweet, Sheth shared a photo that shows a power brick with 125W maximum charging capacity. He says that the charger will be first launched in Europe that could mean that the first Realme smartphone with 125W charger could first debut in Europe. The top executive did not delve out any further information regarding the same.

Realme announced its 125W UltraDART Flash Charging technology in July and claims that it can charge 33 percent of a 4,000mAh battery in just three minutes. It is primarily aimed at quickly charging 5G smartphones that use more power and end up with huge battery drainage. Realme claims that its technology also has a temperature control feature that maintains the phone’s temperature at under 40 degrees Celsius for smart and safe charging.

Realme claims that the 125W UltraDART Flash Charging technology can fully charge a 4,000mAh battery in 20 minutes. Without temperature control, the technology is said to 100 percent recharge the phone in nearly 13 minutes. According to Realme, the tech comes with multi-layer protection that will allow users to charge their handsets even when the screen is on, or when they are gaming.

Vivo V20 Series Confirmed to Launch in India Soon, to Be Offered via Flipkart